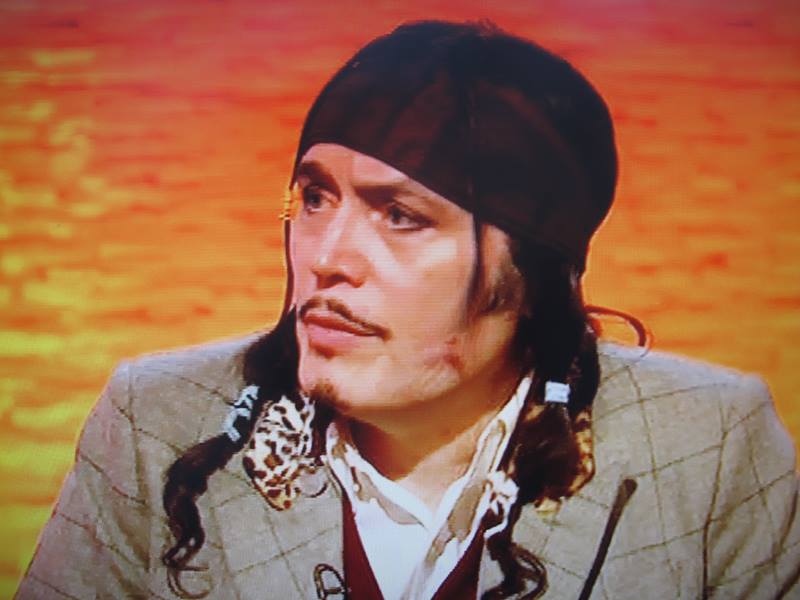 MTV (younger readers note: that used to stand for Music Television) seemed custom made for an artist such as Adam Ant. The British music personality, born Stuart Goddard, had just the right mix of visual impact and musical appeal to thrive in the early 1980s MTV era.

His band, Adam and the Ants, was in fact a product of the punk era; the group first came together in 1977 at a London gig by Siouxsie and the Banshees. Adam and the Ants were tangentially connected to the Sex Pistols; their first manager was an employee at Malcolm McLaren’s SEX shop. McLaren himself hired away Ant’s entire band to form Bow Wow Wow; the band was reconstituted shortly thereafter with an all-new lineup backing the vocalist.

It was that second lineup that struck gold with the second album credited to Adam and the Ants, 1980’s “Kings of the Wild Frontier.” Ant’s grab-bag sartorial choices (falling loosely into the so-called New Romantic movement) worked together to give him an instinctive image: part American Indian, part gypsy, part pirate. Whatever he was supposed to be visually, he and his band captured the early eighties zeitgeist, scoring major hits in the U.S. and the U.K.

The group’s third album, “Prince Charming,” followed almost exactly one year later; it was not nearly the hit that “Kings of the Wild Frontier” had been, though the video for “Stand and Deliver” was in heavy rotation on MTV. Reviewers were not kind to “Prince Charming,” and it would be the final release credited to Adam and the Ants. Within a few months after the album’s release, Ant disbanded the group.

But most listeners wouldn’t know the difference; he resurfaced soon thereafter as a solo artist, scoring the massive hit single “Goody Two Shoes.” He would release three albums in the 1980s, and two more in the first half of the 1990s.

He went on to work steadily as an actor, earning a long list of credits in film and onstage, but returned to music in the second decade of the new century, taking full advantage of eighties nostalgia. His 2013 album, “Adam Ant is the Blueblack Hussar in Marrying the Gunner’s Daughter,” was well-received by critics and sold well in the U.K. Though he teased fans with news of a followup album as early as fall 2014, “Bravest of the Brave” is currently scheduled for release in 2018. (Bill Kopp)