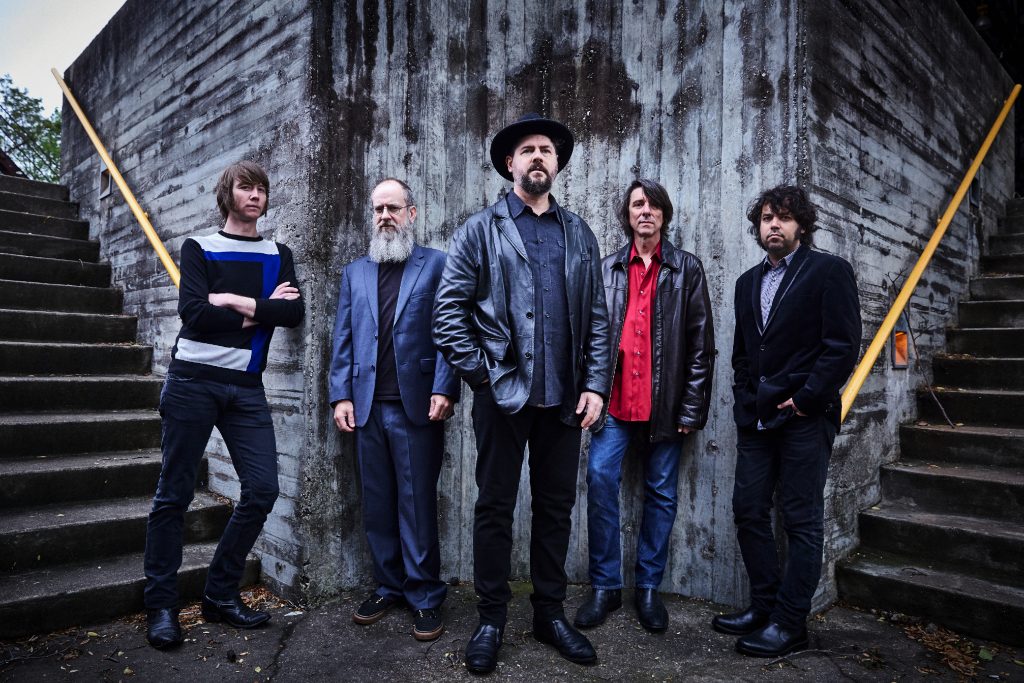 Drive-By Truckers have always paired incisive, thoughtful lyrics with their supercharged country-rock sound. From their 1998 debut, “Gangstabilly,” to their latest album, 2016’s “American Band,” the Athens, Georgia-based group has resolutely charted its own path.

Growing up in northern Alabama in the shadows of FAME and Muscle Shoals Sound Studios, songwriter-guitarist Patterson Hood might be expected to have absorbed the influences of country and southern soul. And indeed he has, but there’s much more to his musical sensibility.

“A big touchstone for this album was The Clash,” Hood admits. “Them…and Tom T. Hall.” Hood concedes that name-checking those two “might seem like an odd combination,” but it’s one he stands by. He cites a particular song that country-music-giant Hall wrote in 1973, about the George McGovern campaign and the Watergate break-in. He describes “Watergate Blues” as “a kind of cautionary tale of where our country was headed. When I was writing ‘What It Means’ for ‘American Band,’ I definitely drew on his way of telling a story.” Hood also mentions the music and lyrics of Curtis Mayfield and Marvin Gaye as sources of inspiration.

The Clash influenced the making of “American Band,” too. “Whenever we were trying to figure out how to approach something for this record, it was, ‘What would The Clash do?’” He readily admits that Drive-By Truckers don’t sound anything at all like the 1970s-era British punk band. “But we’re all hugely influenced by how they operated as a band, how they approached their work and music and art and politics.”

Another major influence—“but not in the obvious ways,” says Hood—is David Hood. “I knew from what he did, and the fact that he was able to do it, that he was able to support our family growing up,” Hood says. “That made me aware of the possibilities.” But in fact Patterson Hood never wanted to be a session cat like his dad. In fact, for a long time he couldn’t even play an instrument. “I was a songwriter first,” Hood says. “I wanted to play in the service of my songs. It was about six years into songwriting when I thought, ‘I guess I need to learn how to play something!’”

While Hood concedes that his dad played on some “truly awful”sessions—he mentions Mary MacGregor’s treacly 1976 smash hit “Torn Between Two Lovers” as a prime example—he notes that David Hood’s playing is “spot-on. He was a professional guy, doing his job. So he played just as well—in fact, he might argue better—on ‘Torn Between Two Lovers’ as he did on [Paul Simon’s] ‘Kodachrome.’ Because the job required it.”

Drive-By Truckers have long been a rather organized, no-nonsense organization. Erratic, problem personalities were dismissed without fanfare. Patterson Hood credits his father’s work ethic as an influence upon his own approach to music and the music business. “He showed up,” Hood states simply, echoing that philosophy. “You show up on time or early, you show up prepared, and you do your job. If a session is a shitty song, you still play the fuck out of it, and you don’t leave until it’s done. He taught me all that, and then some.”

Patterson Hood applies that mindset to his band. With longtime associate David Barbe at the production console, “American Band” was cut in a mere six days. “Our band has a pretty amazing work ethic, which is I think what’s enabled us to survive this long,” he says. “Because we went in and we hunkered down and we just did it. And it served us well out there on the road.”

That rigor extends to songwriting, too. Hood often writes story-songs for the band that are based upon historical events. While “American Band” represents something of a shift to writing about present-day, the track “Ramon Casiano” has it both ways: while Hood notes that the song’s lyrics “talk to the here-and-now,” the story itself concerns a murder that took place in 1931. “It makes its case for things not having changed, for its own timeliness,” Hood says.

Hood explains that he does a lot of research to make sure he gets his facts right. “As we were writing [2001’s] ‘Southern Rock Opera,’ I tended to write first, and then go back and do fact-checking,” he recalls. “I wanted to make sure that I could back up what I said. I didn’t want anyone to be able to call bullshit on something [with] me not being able to back it up with facts.”

Clearly, Hood has given these matters a great deal of thought. “I don’t feel like we owe the audience a specific type of song other than it needs to be well written and factually accurate,” he says. “Because even if the song itself is a piece of fiction, it needs to be based upon a truth.”