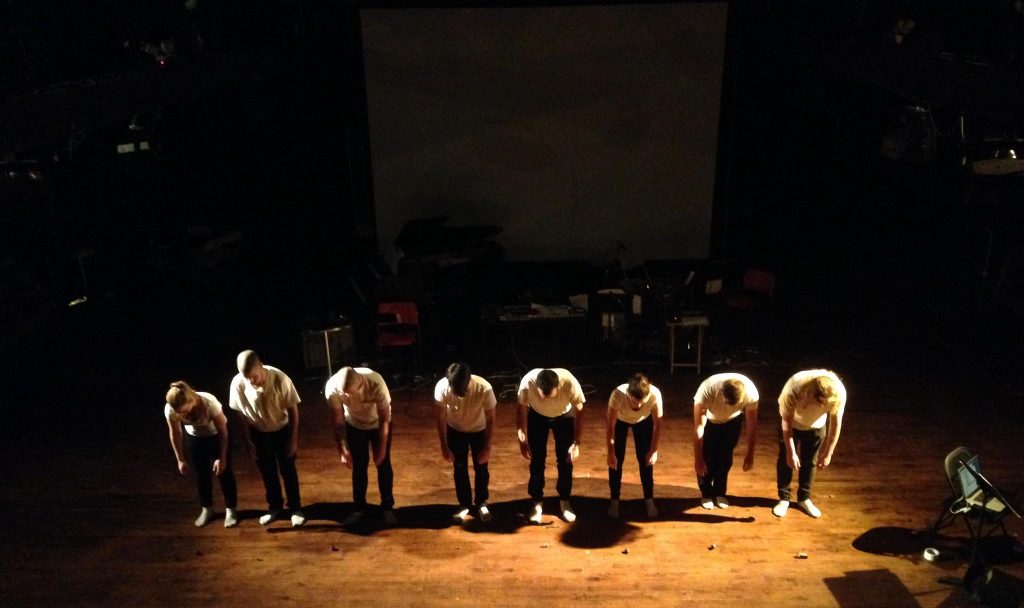 I spent a recent Sunday afternoon half watching the Packers get creamed in a playoff game and half listening to an irritatingly trite barstool conversation about philosophy. At one point the argument, about who among them was the real Logical Positivist, became annoying enough that I snapped at them, “For all I care the universe is a figment of my imagination and you have no independent existence!”

A grizzled guy a bit further down the bar who had not yet contributed to the conversation turned and, in the tone of voice a mysterious but wise stranger in a movie would use, said “Ah, yes. The Solipsistic worldview.” He nodded slowly and then went back to apparently communicating telepathically with his beer, leaving me to Google it on my phone.

I thought “solipsistic” just meant self-centered, and that’s true. But it turns out that, if you capitalize it, Solipsism is a philosophy that states that the only thing an individual can know for certain is that he himself exists. Therefore, everything could in fact very well be a figment of my imagination, including the conversation and the horrific field-goal attempt I just saw.

According to this view, I’ve externalized the world around me from parts of my own subconscious. Bad people like Dick Cheney, Karl Rove and Toby Keith are all external manifestations of the lower realms of my subconscious mind.  All of my friends who share my dislike for these people are just part of my ego cheering me on.

Everyone quietly chewed on this for a bit and then someone brought up the problem of the guy now occupying the White House. This person is not so much a person as a physical manifestation of all of the lower chakra, id-driven, compulsive, animal impulses of—well, maybe of everyone.

Is it possible that multiple people could jointly share in a Solipsistic worldview and in so doing create a next-level monster like Trump? The bar fell silent. The Packers made a touchdown but failed in their onside kick attempt. I ordered another beer. The Packers lost the game. The grizzled guy stared into his beer like it was a crystal ball but said nothing. I wondered quietly what part of my psyche he might represent or, assuming this was his universe, what part of his psyche I represented but, failing to find an answer I drank up, went home and wrote this column.

Winter is, of course, a great time for philosophizing, beer drinking, football and, at least in my universe, contemporary music festivals. The Frequency Series Festival, running February 14 through 19, has a lot to offer and here are my don’t-miss recommendations. As a figment of my imagination, I’m sure you’ll agree with me.

Mocrep
Spend Valentine’s Day with this relatively new ensemble in town. It’s dedicated to fiercely challenging works written in the new century that engage its audience socially and politically as well as artistically. Mocrep’s website doesn’t list what it’s cooked up for this show at the Museum of Contemporary Art but I’m a big fan and I’m betting it’ll be a highlight of the fest. Or just get dinner somewhere and fight, it’s up to you.
February 14, 6pm at MCA, 220 East Chicago; free.

Morton Feldman Chamber Players
Mostly ignored during his lifetime, Morton Feldman’s spare, beautiful music is attracting an awful lot of attention years after his death. This group is dedicated to exacting performances of Feldman’s music and in this concert they’ll feature pieces he wrote inspired by Samuel Beckett. An interesting philosophical rabbit hole if ever there was one.
February 16, 8pm at Constellation, 3111 North Western; $15.

Miranda Cuckson
Versatile violinist Miranda Cuckson will play a wonderfully eclectic concert of solo repertoire at the Art Institute and I can’t say enough about it. From the new complexity of Brian Ferneyhough to the lyricism of Aaron Jay Kernis and the angular rhythms and strident dissonance of Huang Ruo’s “Four Fragments,” plus a premiere of a new work by jazz saxophonist and composer Steve Lehman, this is just great programming.
February 19, 3pm at Fullerton Hall, Art Institute of Chicago, 111 South Michigan; $10, $5 museum members and students.

A.pe.ri.od.ic presents the U.S. premiere of Time With People
This isn’t part of the Frequency Series Festival, but it’s a don’t-miss event in February all the same. A.pe.ri.od.ic takes the stage at Constellation in the U.S. premiere of Tim Parkinson’s “Trash Opera”—though opera is used in its newer context meaning less singing and more spectacle. With a stage strewn with trash and found objects, soloists and chorus chanting, dancing and beating drums, this is theater in a timeless, primordial form.
February 26, 8:30pm at Constellation, 3111 North Western; $15.