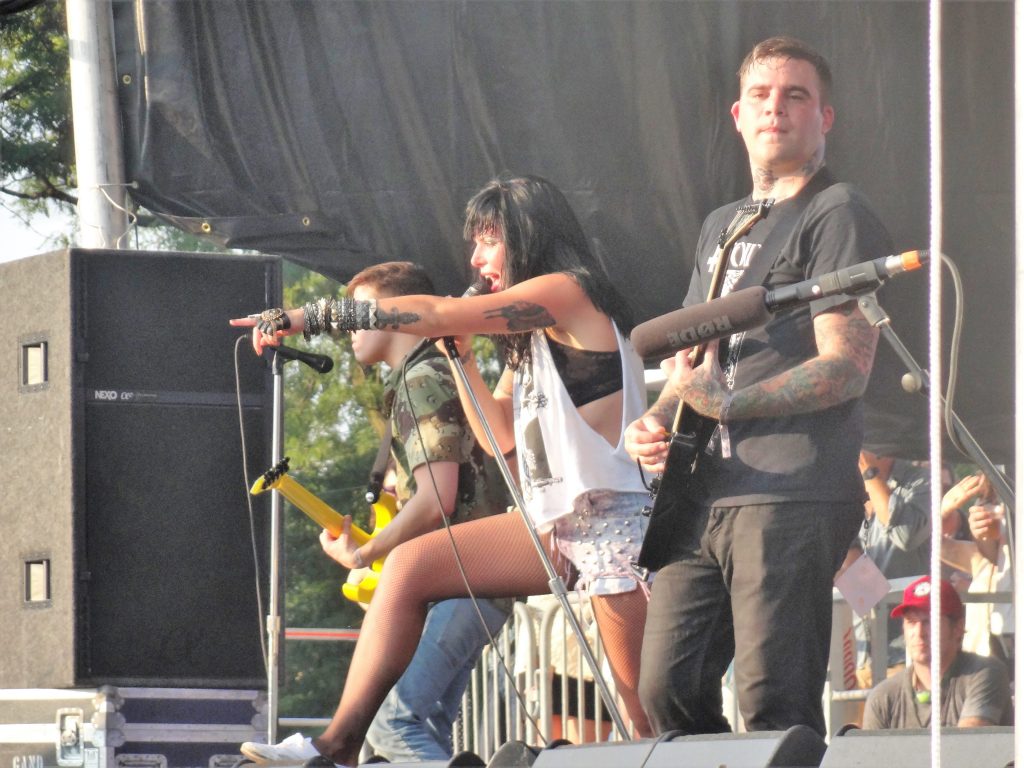 You haven’t lived until you’ve seen Sleigh Bells perform live. And if their fourth record, “Jessica Rabbit,” released in November, is any indication, they haven’t lost a step, and will be bringing a surplus of their patented energy when they play Chicago this month. If anything, the Brooklyn-based duo of New Jersey native and vocalist Alexis Krauss (who was in the teen-pop group RubyBlue from age twelve to sixteen) and Floridian Derek Miller (guitarist for hardcore band Poison The Well from seventeen to twenty-two) have moved even farther away from the pop impulses that characterized their first three releases in favor of embracing even more thundering beats and heavier guitar riffs, but there’s still a mélange of engaging pop moments.

Indeed, upon repeated listens “Jessica Rabbit” isn’t bad, but it’s drawn that way. The record reveals itself to fit well with their earlier discography, and Sleigh Bells have discovered they have caught themselves by more than just a one-trick-pony tail, digging passages of lovely melodies and delicate spaces out through the static snow.

“Jessica Rabbit” kicks off with “It’s Just Us Now,” and the lurching tempo changes would make you swear they’re doing two songs at once, as if they’re saying: “Dance to this, I dare you.”  Following that, the style settles down a bit, alternating between electroclash bangers that channel spires of Crystal Castles that in the sunset rise along the Best Coast and quieter, more atmospheric compositions that, if not quite xx-like, then are at least trip-hop inspired like a day-trip Portishead.  On the brief “Loyal For,” Sleigh Bells even slow down the tempo and soar a bit, which leads into the eighties torch song driven by synths, “I Can Only Stare.” Berlin wish they had written such a sublime song.

There are occasional string hints and even acoustic guitar on “I Know Not To Count On You,” but it’s mostly rocking beats that swing along like a baseball bat and threaten to make your head explode like the Pop Rocks and Coke referenced on “Rule Number One.” Nowhere is their trademark defiance more apparent than on “Throw Me Down The Stairs,” when Krauss sings, “Fuck you people, I’ve had it up to here.”

Expect Miller’s guitar riffs to vibrate the halls of Metro, and Krauss’ soprano pipes to fill the venue with sound as her sweaty brunette tresses fling perspiration across the front half of the crowd. (Craig Bechtel)