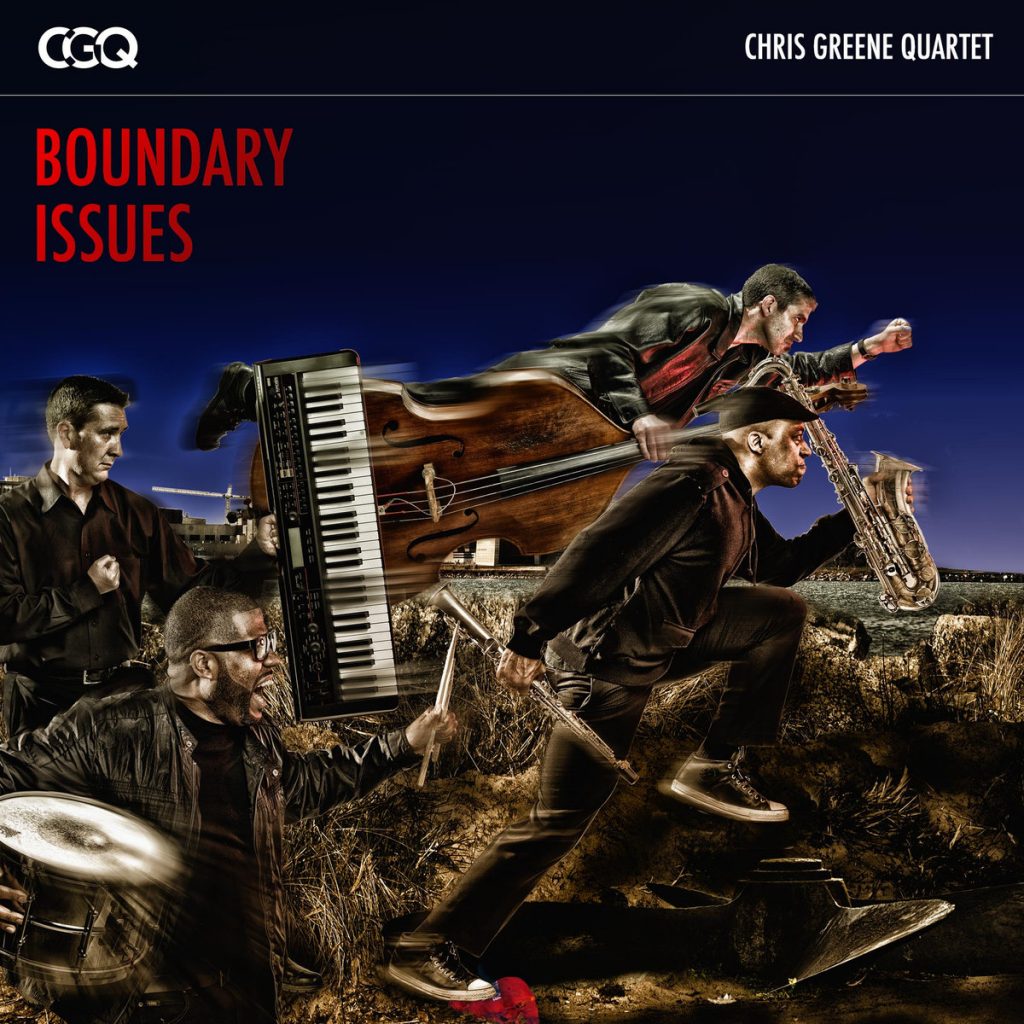 In the spoken-word collage that opens “Boundary Issues,” his quartet’s new release, saxophonist Chris Greene announces that he’s out to do what hasn’t been done before; hence, the album’s title.

He starts as he means to go on, with an original composition, “Here To Help.” It opens conventionally enough, with a sax theme so confident and suave it practically wafts you into the disc on a spice-scented breeze, followed by a more muscular solo by Damian Espinosa on keys. But then there’s some needle-drop static and a few brisk measures of hip-hop from DJ WLS. Well, all right then. Border-crossing it is.

“Nico’s Dream,” by iconic jazz composer Horace Silver, is a more downbeat tune (though set in a jaunty reggae rhythm) in which Greene’s sax manages to pour out a convincing lament while still sounding audaciously hopeful that the fix is just around the corner. Espinosa’s piano solo does that one better: he’s so at home in the minor key that he frolics along like he’s having the time of his life; which inspires Greene when he returns to a breathless solo run—as if he’s bound and determined to catch up. It’s thrilling stuff.

After a take on the Yellowjackets’ “Summer Song,” Espinosa’s “Thunder Show” is a bebop left-turn into another season entirely; again with the breaking-boundaries thing. The thematic shift certainly seems to liberate the players; Greene and bassist Marc Piane almost spontaneously combust on this one, till Espinosa himself comes in and reins the whole thing into an amiable dawdle—a friendly shower after a furious cloudburst. Drummer Steve Corley isn’t having it, though; he corrals the others and in an extended solo whips them back up like a dervish.

Piane’s “Wildcat” has the prowling groove suggested by the title, and gives each member of the ensemble a chance to swagger a bit. Piane himself walks up and down the scale with a pace that’s both unhurried and alert. Billy Strayhorn’s classic “Day Dream,” on the other hand, is handled with deceptive simplicity—just Greene and Espinosa duetting. It’s disarmingly direct and achingly sweet—an unexpected closer to a disc of so much boldness and adventuring. These guys know how to map out a catharsis.