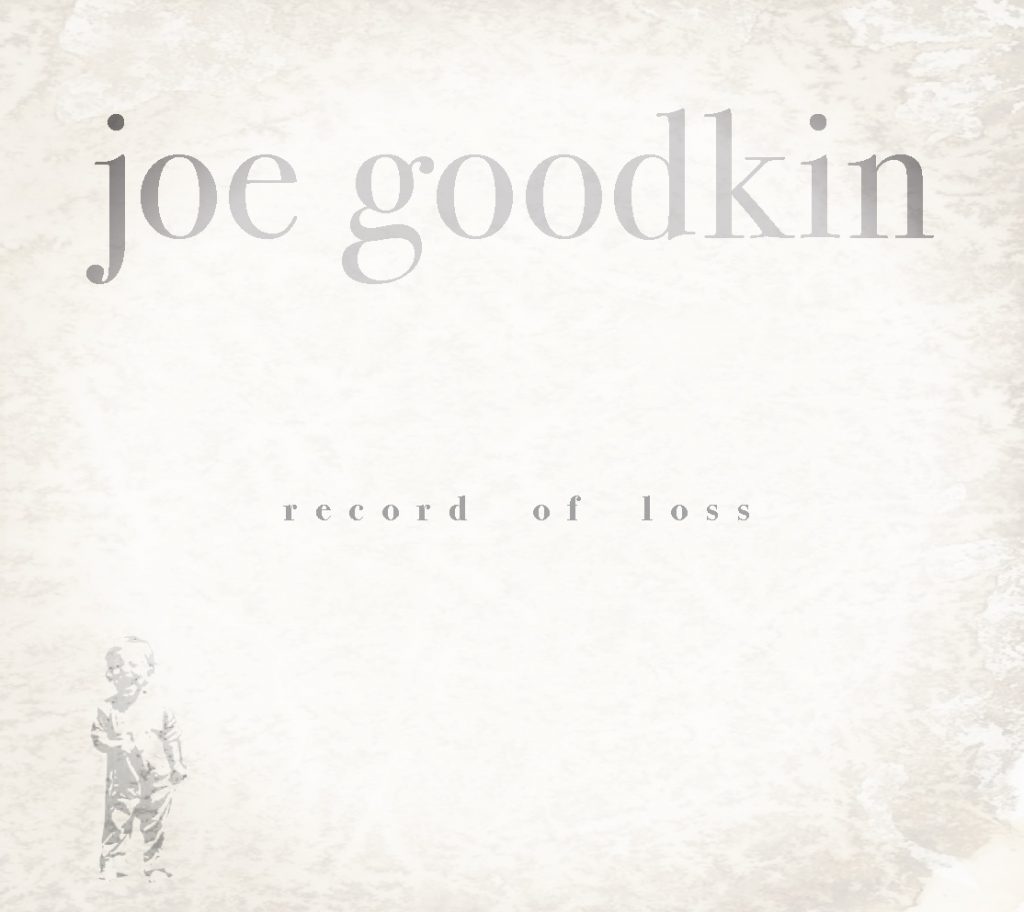 Chicago singer-songwriter Joe Goodkin doesn’t lack ambition—this is the guy, after all, who wrote a concert version of “The Odyssey” and toured it around the country—but his latest release sets a very high bar. The follow-up to his 2015 album, “Record of Life,” “Record of Loss” looks slight at first glance—it’s a six-cut EP—but it’s so deeply personal and reflective that its effect is almost literally overwhelming.

“Nothing to Lose” opens the record with Goodkin’s crystalline guitar playing an achingly delicate melody that builds in intensity, volume and dissonance to a shattering conclusion. It’s a knock-down opening cut, with Goodkin “stumble around my kitchen as if I live alone” and narrating to a lover a catalogue of recent losses, including “our sweet dog black and gray” and two grandparents. By the final anguished measure, you’re limp in your chair, deep in your own catalogue. It’s an instant, vital connect from the artist.

“Never Come Back” is in 6/8—a somewhat sprightly time signature for what is essentially a requiem—but Goodkin finds the melancholy in it; the sweetness too. It’s a contemplation on the unexpectedness when people leave us—“walk out of your life and never come back”—and offers up another handful of staggeringly piercing lyrics: “A knock at the door, tears all around / And forty years later those tears still hadn’t hit the ground.” Ditto the following tune, “Charlie and Roger,” which eulogizes a graceful gay uncle who died when “I was too young to understand loss is a wheel / That keeps turning and turning long after you heal.”

“Sarah and Julie,” another tribute to departed friends, begins, “My friend Sarah is living her death / I guess all of us are but most days we forget.” In “Eric and Gina,” we’re told of a pair of friends—one who took a leap “Off a bridge into the air / And fell two hundred-forty feet / With the wind in his hair;” the other whose death meant “a lifetime’s worth of plans / Became a year of paperwork.”

“For the Loss” concludes the record—a lament set to a woeful accordion and elegiac guitar—and it’s the set’s real stunner: a tune Goodkin confesses in its opening line that he’s “been trying to write” for fifteen years (implying that even what follows isn’t yet what he needs to convey). It’s about a terminated pregnancy (“I took her to the clinic and paid the money / I drove her home in tears so she could get some sleep”). What’s often lost in the fractious debates over abortion is that no one celebrates it; it’s a choice, and like all choices has consequences with which adult human beings must be considered capable of dealing—as here Goodkin struggles to deal with his. “I made the best choice that I could and from what I can tell / When a life has disappeared we must forgive ourselves.”

For me, the line that best encapsulates this remarkable release is from the penultimate cut: “It gave my grief somewhere to go / And start again a better man.” The ancients believed all art should be catharsis; in “Record of Loss,” Joe Goodkin has created something they would have recognized and embraced.

“Record of Loss” is available from the usual sources, including Joe Goodkin’s website.