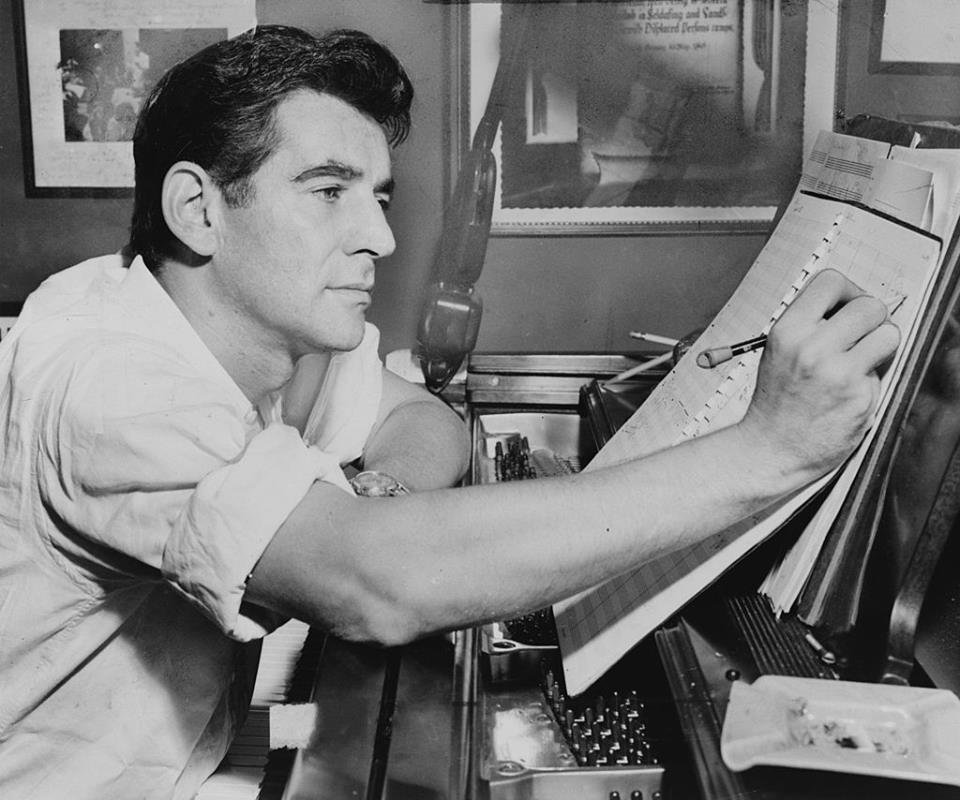 Leonard Bernstein composing at the piano.

America’s most important music figure was many things to many people: conductor, composer, pianist, educator, author, television personality, international bon vivant. But if you asked Leonard Bernstein how he self-identified, he thought of himself as a composer.

The music world is already gearing up for the Bernstein centennial next year, which looks to be shaping up to be a reevaluation of Bernstein the composer. That means performances of his symphonies, choral works, chamber works, song cycles, ballets and the like.

Bernstein’s Broadway shows, however, are in no need of reassessment, as works such as “West Side Story” and “Candide” have never fallen fully out of fashion.

And yet, even those broke the boundaries of the form, particularly in terms of how elaborate and through-composed much of the music was and the extraordinary demands they made on those performing them.

Based on the Voltaire novella that sought to lampoon eighteenth-century optimism, “Candide” was written for Broadway in 1956 and ran a mere seventy-six performances, although the magnificent original cast album and the emergence of the show’s overture as a symphonic staple kept the show musically popular.

Songs such as the torturous coloratura aria romp “Glitter and Be Gay” (Dick Cavett used an instrumental of this as his television theme song), the infectiously clever “The Best of All Possible Worlds” and the spine-tingling and poignant “Make Our Garden Grow,” remained popular.

Hal Prince oversaw revisions of the work in the early 1970s that replaced the original book, both a one-act Broadway version, and a two-act “opera house” version which was further revised in 1982, the version that Lyric Opera presented here under Prince’s own direction back in 1994. Prince thought the original “Candide” was too stuffy, so he sought to make it a bawdy comedy rather than the cerebral satire it originally was.

Bernstein himself had allowed but had nothing to do with these revisions, where half of his music ended up on the cutting-room floor and the rest reordered. “In trying to eliminate what was admittedly a confusing book,” Bernstein told me in 1985, “the adapters also began tinkering with lyrics and where particular songs should be heard in the show, eliminating the overall musical architecture of the work, at least as I imagined it, and also tipping the work in too comedic of a direction.” The composer set out to correct this with his own “final revised version” which he completed and recorded mere months before his death in 1990, but that version has yet to be heard in Chicago.

Nearly a decade later, London’s Royal National Theatre revised “Candide” with the goal of sticking as closely as possible to Voltaire’s original novella while keeping the songs as Bernstein’s “final revised version” had intended: a “Candide” that may, at last, be the best of all possible worlds.

It is this extraordinary version which can be heard this weekend presented by the Evanston-based Music Theater Works, formerly Light Opera Works. Experiencing this elaborately staged production with its luxurious twenty-four-piece orchestra (Goodman’s elaborate Mary Zimmerman production, by contrast, only had eight pieces) and a cast and chorus that so exquisitely renders the musical challenges of what Bernstein himself told me was his own favorite score, his own “American singspiel,” is a rare and wonderful treat.