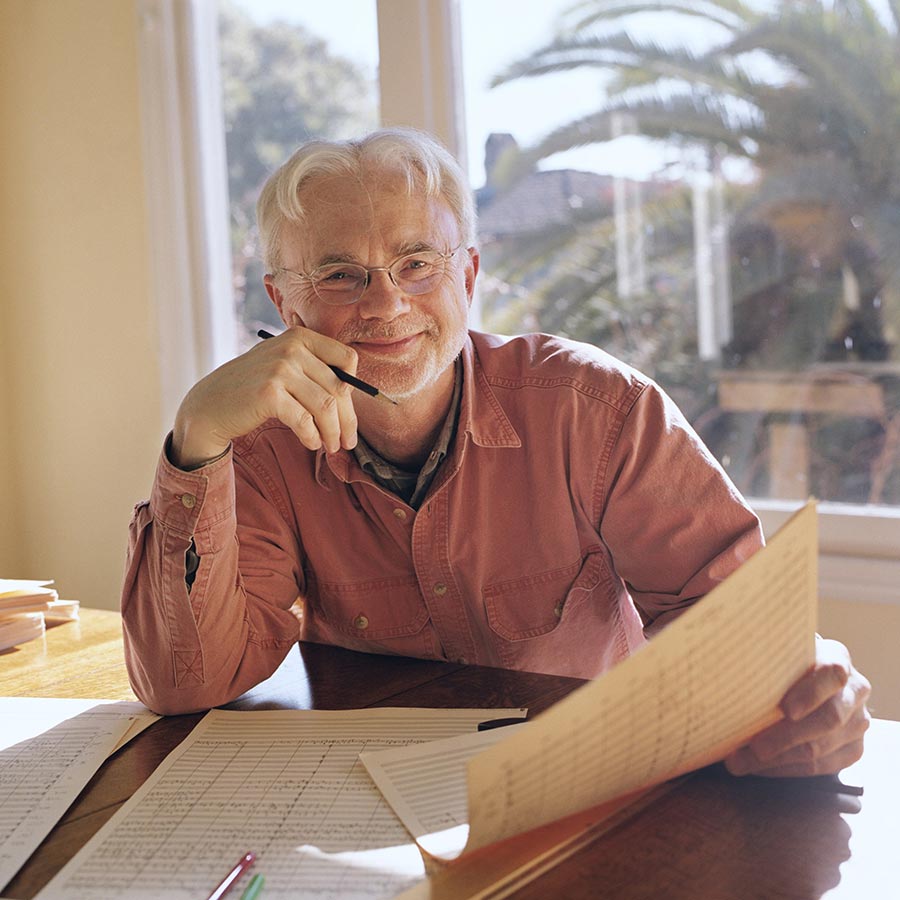 Since Adams himself has taken the summer off to complete work on his new opera, “Girls of the Golden West,” which is scheduled to premiere in the fall at the San Francisco Opera, and Salonen conducted two works by John Adams with the Chicago Symphony Orchestra downtown last March (“With conductors and repertoire,” says Kauffman, “we do coordinate and cooperate and try to stay out of each other’s way”), Kauffman felt this was the ideal opportunity to have Kent Nagano make his “long-awaited” Ravinia debut.

“It seemed likely and obvious that this would be a chance to bring Kent Nagano to Ravinia to do a big piece of John’s,” says Kauffman. “The Beethoven ‘Emperor’ Concerto seemed an ideal pairing. Kent mentioned Nikolai Lugansky as a soloist; he made his debut in the Martin Theater and has since become one of the most asked-for artists during my time at Ravinia. He really rose to the top.”

Although Nagano has conducted the CSO downtown on several occasions over the years, July 25 will be his first experience conducting the CSO at Ravinia.

“I’ve seen pictures of Ravinia,” says Nagano, “and it certainly looks like one of the most beautiful places in the world. I am looking forward to it very much. For me personally, it is always a very, very special occasion to conduct the Chicago Symphony, because somehow when I work together with these great musicians, I don’t really feel any borders. I spend quite a bit of my time in Germany, France and Canada and coming to work with this extraordinary ensemble, one doesn’t feel any national borders at all. One can just speak the language of music. To do that at the orchestra’s summer home will be very special.”

Kauffman asked Nagano to perform John Adams’ “Harmonielehre” not only because of Nagano’s long association with Adams and his music but because as Kauffman puts it, “it is so voluptuously beautiful and his biggest orchestral piece that is purely symphonic. I wanted Kent to have something big and meaty to do here, to really make a statement.”

How did Nagano come to know Adams? 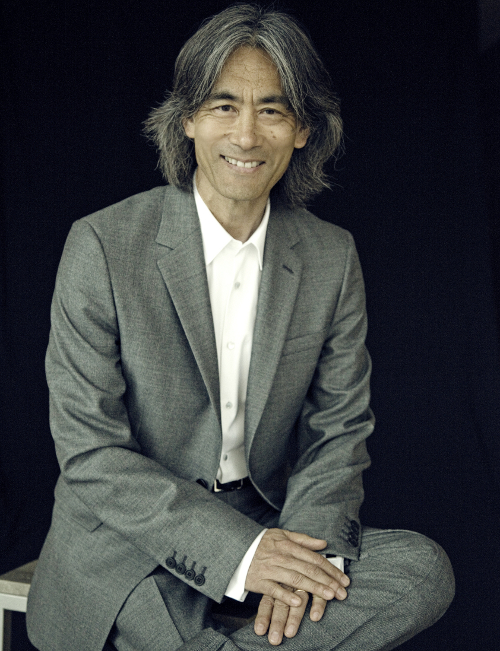 “John was already based in the Bay Area during my student period,” recalls Nagano, who studied music at San Francisco State University. “I had known his works ever since he came to the Bay Area. We didn’t meet until I became the assistant conductor of the Oakland Symphony. I brought ‘Harmonielehre’ to Tanglewood for the first time back in the 1980s. It’s a piece that for us as Americans, we can really celebrate as a unique kind of American repertoire.

“There are certain pieces that I return to regularly from John’s output. We have had, and continue to have, a long relationship until today. He’s been gifted with inspiration so I don’t ever recall a time where John went through a dry spell: he’s been very prolific. Many composers I know don’t have that wonderful privilege of writing a lot of music. John has written quite a bit and the pieces that I find myself returning to again and again are some of the early pieces, funnily enough. They are so distinctive. They were so revolutionary in their time. And they remain fresh today because, as pieces of music, they are so well-written.

“One of these is ‘Harmonielehre.’ In fact, I will be recording it in the fall, with the Montreal Symphony. People say that time is the cruelest judge of all because through the passage of time, most creative works are simply forgotten. It’s always been that way. Only the best of works tend to be remembered and eventually, if they truly are exceptional, they will enter into the repertoire. ‘Harmonielehre’ is one of those pieces. It just keeps coming back and it’s a piece that, every time I perform it, every time I restudy the work, and reinterpret it, I still feel the genius and the innovation that comes out. Not all music after thirty to forty years keeps that same freshness.”

The title of “Harmonielehre” parodies the harmonic treatise by Arnold Schoenberg, “one of the textbooks, the tutorials of coming to grips with the theory and the practice of harmony as a compositional tool and as a tool of analysis,” explains Nagano. “If you study music or composition, we all have to go through various classes of theory and analysis and there are a number of textbooks that are well known; ‘Harmonielehre’ is one of them. You go through a journey of harmonic progression to be far away from the unison opening statement. And with it, of course, is the underlying type of what we would consider repetitive sound associated with minimalist music which is what repetitious music is called today.

“It was a fascinating idea because the repetitive rhythm that provides a certain tension or certain energy underneath takes on different colors, different roles and different emotions as you travel through these extraordinarily distant tonal centers away from the very beginning. And perhaps in a way that Wagner can develop further large forms, John was able to develop a fifty-minute symphony in this way.”

Nagano has premiered key Adams’ works such as 2000’s Nativity oratorio “El Niño”—which was also presented at Ravinia in 2003—and his 1991 opera “The Death of Klinghoffer,” with the immense controversy that followed when some thought the work glorified terrorism and did not give equal treatment to Palestinian and Jewish characters. How does Nagano, who was in the eye of that hurricane some twenty-five years ago now, view all of this today?

“I think a lot of the controversy and criticism was a reaction to the production itself that was being performed at the time,” says Nagano. “I also think that it caught John and the librettist and the stage director Peter Sellars by surprise. One has to be sensitive because the criticism was certainly drawn from a very, very legitimate basis and John was sensitive and he changed things in the score and reduced it and made it much more compact.

“Somehow, at least to me, because I remember the very original version, there was some brilliant music in the parts of the score that John eventually cut out. On the other side, the composer does make revisions for very good reason: it ends up being better because of the revisions. And I think that the end result, which as I said is shorter, much more compact, leaner in a way, ended up making the piece really more effective. That’s just my take as an interpreter. But it has now received many more performances, and does receive more performances now so slowly it is on its way. Slowly it will find its way into the repertoire.”