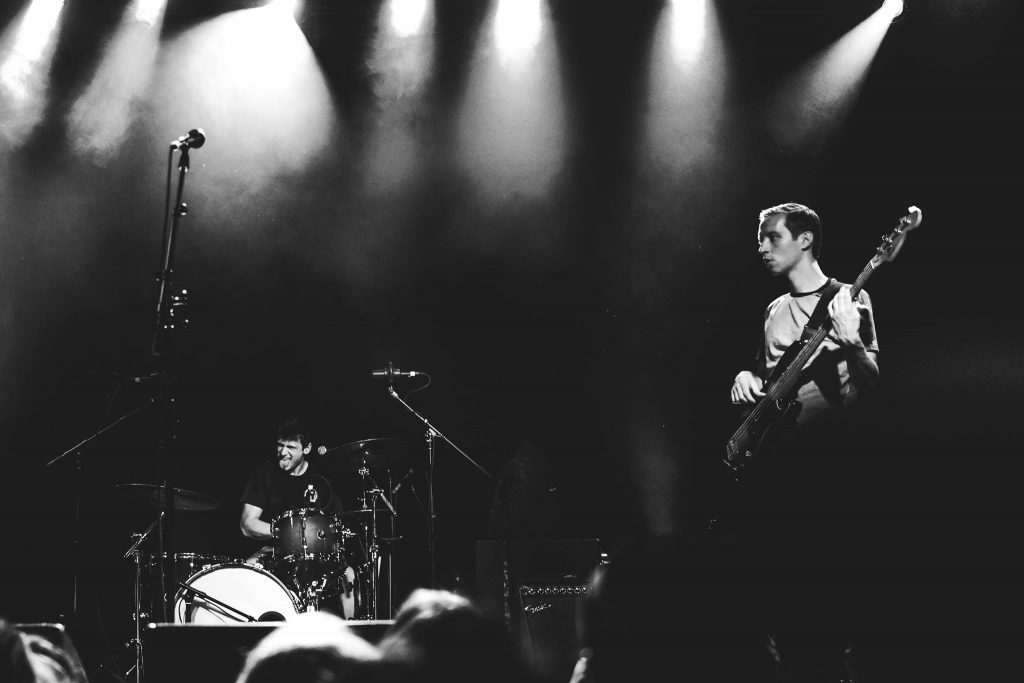 My approach to Lollapalooza is similar to that of any other mega-festival I’ve attended (Bonnaroo, Big Ears, Moogfest, Hopscotch, etc.), and it’s simple: balance seeing marquee-level acts with time spent exploring lesser-known ones. Sometimes that’s not easily done in a single day—sometimes there are simply too many must-see major acts on the bill to allow time for much else—but in a nutshell, that’s my 2017 Lolla goal. Here are some of the acts on my must-see/hear list.

THURSDAY
White Reaper
12:45pm-1:30pm
Grant Park
This quartet from Louisville is often described as a garage-punk outfit, but in tunes like “The World’s Best American Band” I hear echoes of the best midwestern power pop (Material Issue, Cheap Trick), with just enough seventies arena-rock swagger to suggest they could soon break out in a bigger way.

Liam Gallagher
4:30pm-5:30pm
Grant Park
Sure, since his Oasis days he’s carefully cultivated a reputation as a loudmouth lout. And sure, Oasis built a career on being derivative. None of that takes away from the fact that Gallagher is a first-rate rock singer (which isn’t at all the same as being a first-rate singer). And who knows? As rumors swirl about a possible Oasis reunion, maybe Noel will show up. Stranger things have happened.

Muse
8:45pm-10pm
Grant Park
Since 2003, every single Muse album has made it to the top spot on the British charts. Here in the US they have taken awhile longer to build to a commensurate level of success. And ever since the Flaming Lips ran out of ideas (circa “Embryonic”) and surrendered their position as a twenty-first century Pink Floyd, Muse has—intentionally or not—assumed both that role and one as a more accessible answer to Radiohead.

FRIDAY
The Lemon Twigs
1:45pm-2:45pm
Lake Shore
These young brothers have benefited both from some behind-the-scenes marketing expertise and a bracing dose of originality. Seemingly guileless, Brian and Michael D’Addario make music that draws heavy influence from 1970s mainstream pop-rock of the highest quality (prime-era Elton John, Todd Rundgren), but their original music is more classicist than retro.

Cloud Nothings
3pm-4pm
Bud Light
This Cleveland band combines a kind of shoegaze aesthetic with a knowing sense of how to write a hooky tune full of dynamics. 2010’s “Hey Cool Kid” established a template for the group: an infectious, memorable chorus and buzzy, distorted guitars that keep things from getting too slick.

Little Dragon
7:45pm-8:45pm
Lake Shore
After contending with the frenzied crowds, it’s always a good idea to schedule time for some trip-hop/downtempo. And since Zero 7 hasn’t done anything in forever, one can’t do much better than Swedish group Little Dragon. The group’s strength lies in hypnotic melodies with a breakbeat foundation, topped with the alluring vocals of Yukimi Nagano.

SATURDAY
Ron Gallo
2:10pm-2:50pm
BMI
Nashville-based Gallo released “Heavy Meta” in 2016; not only did the album sport a clever, why-didn’t-someone-think-of-it-before title, but it showcased his delightfully primitive rock, a style informed as much by Alex Chilton’s dissolute, post-Big Star work as early rock ’n’ roll. Still mostly bubbling under, he’s one to watch.

Alvvays
3pm-4pm
Bud Light
This Nova Scotia group won me over several years ago; not only is their original music quite tuneful, but they have absolutely impeccable musical taste. To wit: one of the few covers Alvvays plays in its live sets is “He’s on the Beach” by the late, great and sorely missed Kirsty MacColl.

The London Souls
5:40pm-6:20pm
BMI
This duo isn’t from London (they’re based in New York City), and their music isn’t really soul; it’s closer to the kind of thing Cream did back in the late 1960s, updated just a bit for modern audiences. Their appeal is quite wide, as evidenced by the fact that they recently toured with Sturgill Simpson, of all people.

SUNDAY
Car Seat Headrest
3pm-4pm
Bud Light
The ultra-hip Car Seat Headrest (really the prolific Will Toledo and some other guys) released its tenth album, “Teens of Denial” in 2016. It contained a tune called “Just What I Wanted/Not Just What I Needed,” which sampled the Cars hit of a similar name. The latter’s Ric Ocasek belatedly decided he didn’t approve, and so Matador (CSH’s label) had to recall and destroy a bunch of albums, taking it on the chin to the tune of a reported fifty grand. But they still play it live.

School of Rock All Stars
3pm-3:30pm
Kidzapalooza
Hey, all of the acts at this year’s Lolla started out as kids. So why not give some love to these aspiring—and surprisingly good—youngsters as they get their musical careers in gear before disillusionment sets in?

Grouplove
7:30-8:30pm
Lake Shore
After four days of sun, crowds and porta-potties, I would expect to be nearing my fill of live music (at least for a few days thereafter). But an hour of Grouplove’s uplifting, ebullient dance-pop seems like the perfect cherry on top of the musical sundae that is Lolla 2017.