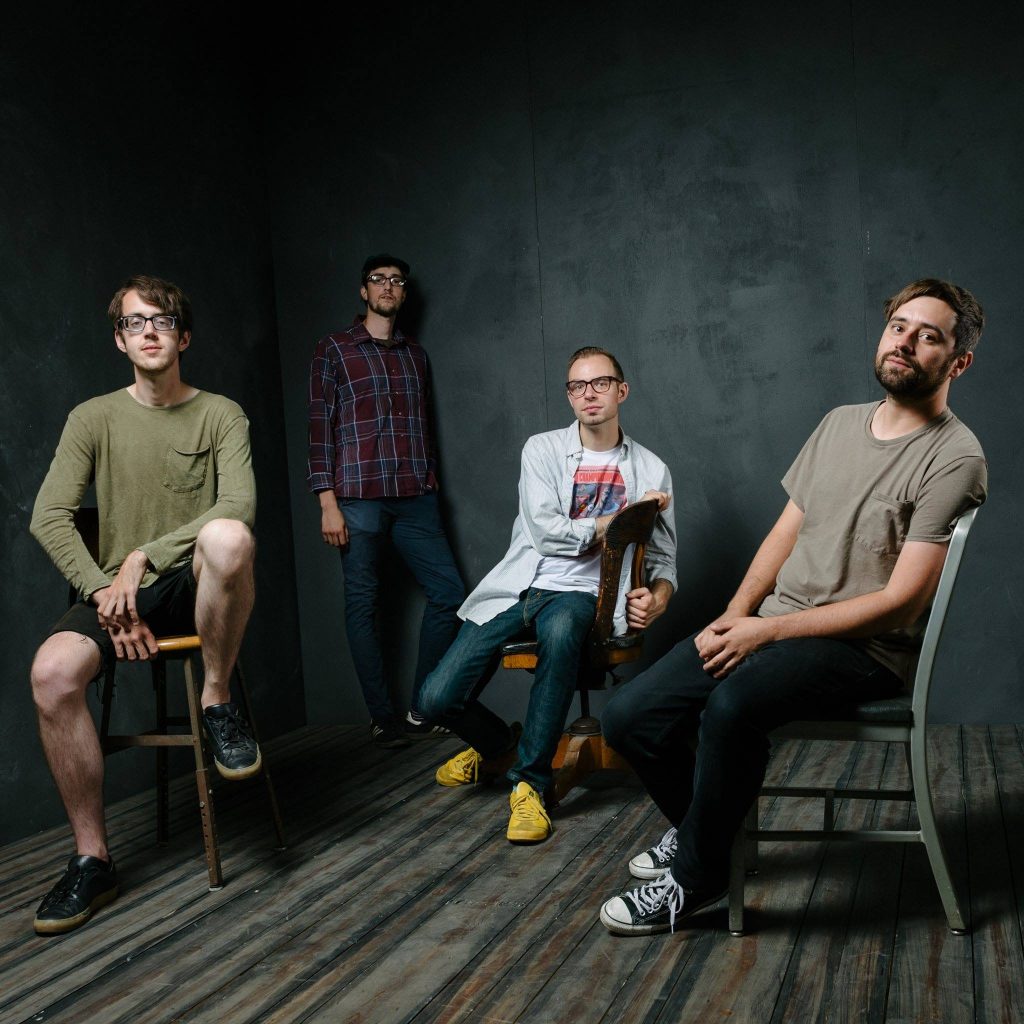 The summer is back once again and the streets are filling up as the temperatures climb in Chicago which means one thing: festival season. While the city offers up a healthy slate of street-based and otherwise celebrations on a weekly basis, it’s the crown jewel of Lollapalooza that often gets the most attention. That may be the case, but to truly enjoy the sprawling, now-four-day festival, you’ll need a plan and supplies and for the third year running, I’ve got just that.

THURSDAY
Over the course of the last few years we’ve seen an increasing number of local names find their way to the main stages of Grant Park and you’ll want to start your Lolla early this time around if you’re a follower of the Chicago Renaissance. Kicking off the day at 12:30pm on the Pepsi Stage, Evanston native and local label Closed Sessions signee Kweku Collins will be prepping the crowds with a indie-leaning hip-hop set that should pull from his recent album, “Grey.” Assuming native talent is your forte, you literally don’t have to go anywhere, just sit tight and wait for perhaps the festival’s best storyline as The O’My’s, led by Chicagoans Maceo Haymes and Nick Hennessey, parlay nearly a decade of new-age soul hits into a Lollapalooza debut without a full-project release since the beginning of 2015. While new music is on the way, kick back and enjoy the sinewy, unique sounds of Haymes’ vocals, aptly juxtaposed against the endearing musical understanding of Hennessey and the rest of the backing band. From there, you’re pretty free to people watch and cop overpriced beers. Stopping by NYC native Gibbz‘s set at 3:20pm on the BMI stage should serve as a perfect segue to the day’s true treat: Migos. Perhaps the most buzzing trio in music today, Quavo, Offset and Takeoff, making their Lollapalooza debut on the Bud Light stage at 5:30pm, will not disappoint, having enjoyed a long list of hit singles like “T-Shirt,” “Bad and Boujee” and more off their recent full-length, “Culture.” Fully turnt, the only move from here, unless you’re a Wiz Khalifa fan, is to hit Montreal producer Kaytranada‘s set on the Pepsi stage at 7:30pm. As he’s worked with a long list of local acts such as Vic Mensa, Chance The Rapper, Knox Fortune and Mick Jenkins, some cameos from the hometown crew could definitely be in the cards. After that, don’t go anywhere as Lil Uzi Vert is closing the night out. Having made headline for his fall from the rafters of a festival stage in Atlanta where he was caught by screaming fans, dude has long known how to get a crowd going; and his widely-anticipated full-length, “Luv Is Rage 2,” is expected to drop prior to the festival.

FRIDAY
By the second day of Lolla, you’ll probably be kicking a hefty hangover and wondering why you’re out of your house by noon, sweating liquor-laden bullets through your tank top. If you’re going to commit, then you might as well enjoy it by getting to Grant Park for that first slot at the Lake Shore stage, where up-and-coming vocalist Bibi Bourelly performs. Having been through town over the last few months working with locals, it’ll be a great opportunity to get a peek at a new act with a ton of talent. From there, get some water, wander and smirk at the gaggles of high-schoolers in lacrosse jerseys and H&M Coachella© gear play out the IRL version of their Internet drama while easing into the day with a medley of Ookay (Perry’s, 2:30pm), Cloud Nothings (Bud Light, 3pm) and Phantogram (4:45pm, Grant Park). That should serve as a nice segue to Majid Jordan on the Pepsi stage at 6:30pm, but honestly it’s an up-and-down day so prepare to turn up and get in your feelings. Leaving Majid, head over to the Grant Park stage for Run The Jewels‘ (6:45pm) always killer set, before catching another hometown outfit making good on a big stage as Whitney brings their eclectic indie to the Pepsi stage at 7:45pm. With all that out of the way, let the kids head to DJ Snake and Crystal Castles, and instead revel in the nineties baby that you are by ending the night strong with a duo of post-punk acts Blink-182 (Bud Light, 8:45pm) and The Killers (Grant Park, 8:45pm). Don’t worry; today was confusing, but look at it as a conservation day—maybe one to take off from attending the after-shows before diving headlong into Saturday.

SATURDAY
If you’re into the new age of hip-hop, then Saturday is going to be a marathon. The day starts early with Boston product Michael Christmas gracing the Pepsi stage at 12:50pm, before passing off the reigns to a fellow quickly-rising act in Aminé (1:50pm), who made waves last summer with his hit single “Caroline” and will be looking to replicate that magic this time around, his portfolio being a bit larger than it was a year ago. You have some time to wander and people-watch from there until 4:30pm, when Glass Animals hit the Grant Park stage. Chill there for a minute before diving into the Internet with MadeinTYO (6:50pm), another viral sensation who blew up recently with his hit single “Uber Everywhere” and who segues well to the high-rising, full-octane 21 Savage (7:15pm, Perry’s stage). A true showman making his Lollapalooza debut, expect some theatrics coming from the stage here, but don’t stay too long, because one stage in particular is sure to have fans packing the lawns from the start of the day as the city’s hometown kid Chance The Rapper arrives back from his headlining national tour to show off the buttoned-up performance that he and the Social Experiment have been barnstorming across America since picking up a trio of Grammys in February. Seeing as his profile couldn’t possibly get any bigger, Chance will surely deliver an inspired set for his fellow Chicagoans (Grant Park stage, 8:50pm), and one you certainly won’t want to miss for a Mac DeMarco or The xx show. Really, I’m not sure why they felt the need to schedule anyone opposite Chance in this spot; it should be akin to going to church on a Saturday.

SUNDAY
Shaking off the chills from the night before, you’ll be happy your Sunday doesn’t involve too much moving around. Xavier Omär (12pm, Pepsi) kicks things off with his distinctly soulful vibes, which lead directly into a set from The Walters (12:50pm, Pepsi) who have yet to disappoint with a raucous live set that pulls from several intonations of generational rock. The Chicago natives help set a theme for the day, taken up by none other than Noname (2:50pm, Pepsi), who has come a long way since joining Chance onstage three years ago on the BMI stage. This time she’s commanding her own set off the strength of her “Telefone” project, released last year. Expect plenty of familiar faces gracing the stage including Akenya, theMIND and more, as cameos from around the city should manifest with relative ease. After that, a medley of 6LACK (Pepsi, 5:15pm), Lil Yachty (Tito’s Handmade Vodka, 6pm) and Sampha (6:30pm) serve as a perfect conglomeration of new-age aesthetics and timeless soul before… all before Big Sean kicks things off at 7pm on the Bud Light stage, for what should be one of the more memorable performances from the weekend. From there, get yourself back to Tito’s to catch yet another Chicago native in high-flying DJ Whethan (8pm), who has come on strong since emerging early last year, and has parlayed a series of talented remixes and singles into some strong festival performances. Being summarily turned up by then, Rae Sremmurd (Pepsi, 9pm) is your move if you’re looking to keep it rolling; but if you got the job next day, then maybe catch some Arcade Fire (Grant Park, 8:30pm). Over thirty? Justice (Bud Light, 8:45pm). Over thirty and confused? Zeds Dead (8:30pm, Perry’s).

Congratulations. We made it again.