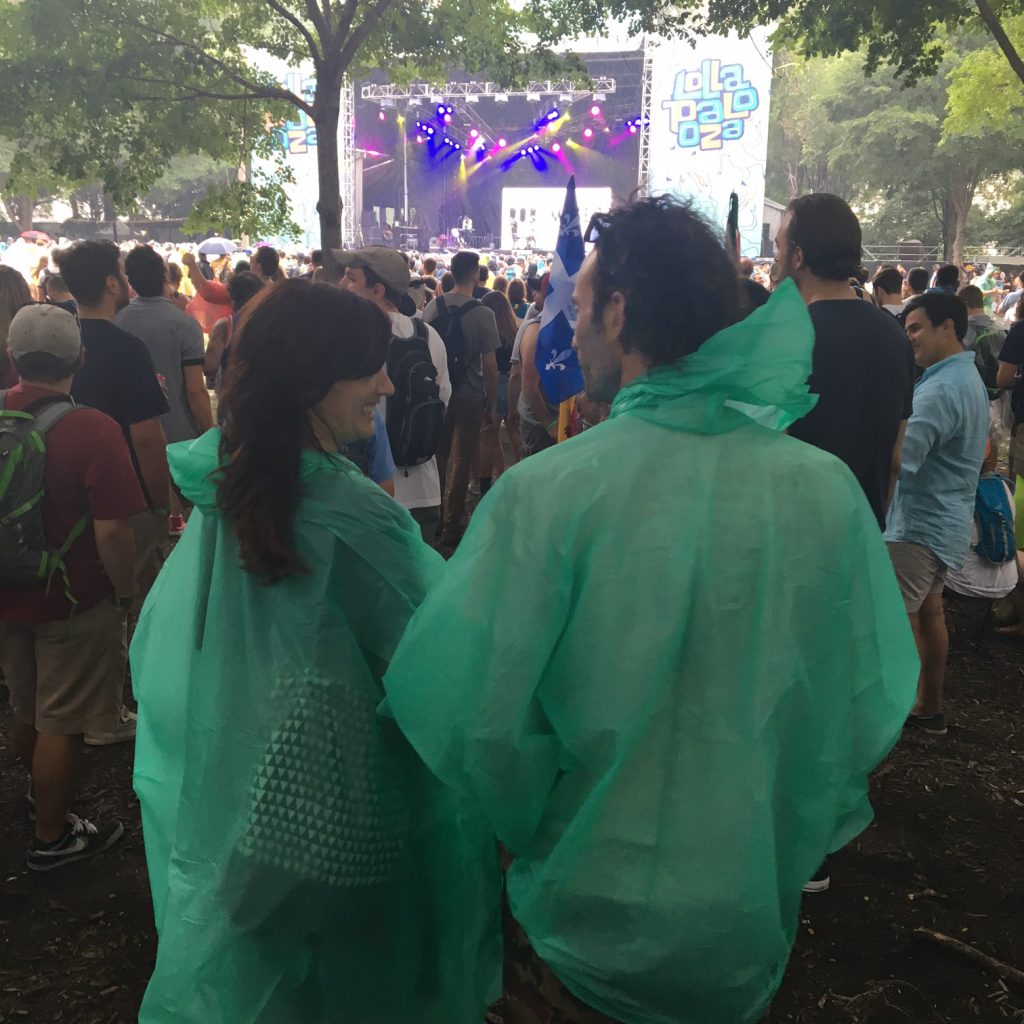 Lollapalooza is now old enough to have earned three and possibly four generations of claimants to having “been there” for its golden age; which, according to who’s been asked, might be the festival’s scrappy, touring origins in the nineties (following its conception by Perry Farrell as a venue for the farewell of Jane’s Addiction), or its revival in the twenty-first century as a brand-name, site-specific behemoth that had the biggest acts in the world elbowing each other for stage space, or the present moment, when it’s become almost a seasonal pagan rite  for which the music is no more than a kind of aural backdrop.

In fact, Lollapalooza is still most of those things, and more, which is what still gives it a leg up over all the other lakefront festivals that have come scrabbling onto the scene after it, like chicks following a mother hen. The experience of seeing a half-hour set by a brand-new talent on a small stage at two o’clock on Thursday is a manifestly different Lolla experience than being in the surging crowd for an industry giant’s ninety-minute spectacle on Saturday night. And then there’s the constant human drama that plays out everywhere—in the clumps of trees offering usually inadequate spatterings of shade; at the food booths, where the vegan and the gluten-intolerant transact gingerly in a marketplace overrun by grease-fueled omnivores; in the mysterious, hive-like pockets where the diligent have discovered the best cell-phone reception; and in the large expanses between the attractions, where spirals of dust roll through like mini-twisters and the occasional sweaty breeze bears a friendly, burnt-cannabis kiss.

At Lollapalooza, in short, the geography of Grant Park becomes psychic as well as physical. And to help you wend your way across it—as well as through the four days of shoegaze murmurers and metal bellowers, leather-skinned legends and dewy-voice debutantes, axe-slashing amp-blowers and liquid-fingered virtuosi—we’ve once again asked our battery of favorite critics to furnish a recommended schedule, as well as a few discerning words to gild the experience for you.

The golden age of Lollapalooza? Depends on you. Could be it starts here. (Robert Rodi)