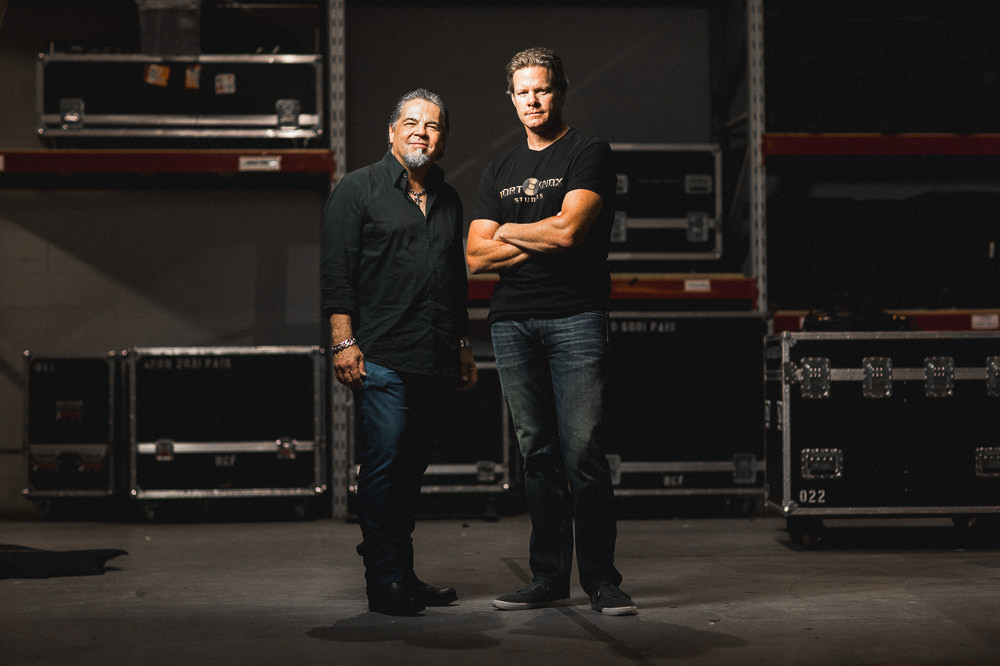 Anyone who’s been in a band has a repertoire of laments about rehearsal spaces: the difficulty of finding them, the appalling state of them, the exorbitant rents, the risk of leaving your gear there, the drudgery of loading it in and out every session instead. That was the environment Dan Mahoney and Kent Nielsen obliterated in 2011 when they opened Fort Knox Studios, a Disneyland of rehearsal spaces with rooms of various sizes and capacities, available by the month or by the hour in a spacious industrial complex. Its other notable features include a supplies shop, a dedicated loading dock, walls adorned by the work of Chicago rock photographer Paul Natkin—and, thanks to ridiculously reasonable rates, a waiting list as long as your arm. Mahoney and Nielsen might have sailed happily on with just Fort Knox alone; but two years ago they built out the complex to accommodate the city’s first all-music incubator, 2112 (which takes its name from the seminal 1976 Rush album). The expansion also brought in a third partner, construction expert (and guitarist) Dan Ulbricht. I sat down with Mahoney at his office and talked about their journey from rehearsal studio to ecosystem. 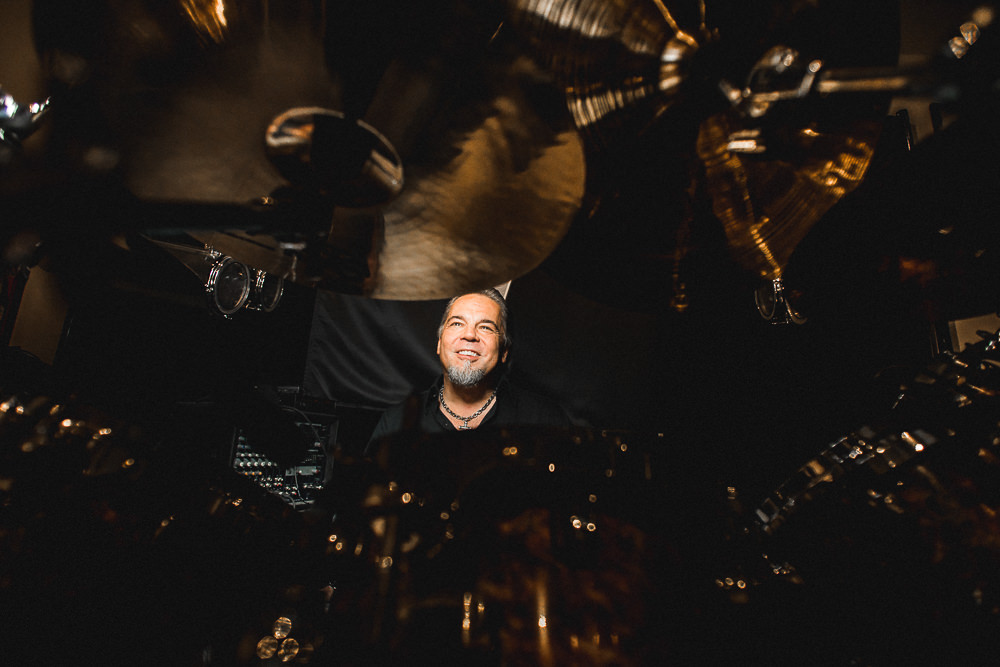 Let’s start with your origin story. How’d all this get started?
It started in a rehearsal space, no surprise. Kent and I shared one for three years, and since we both worked from home we were there a lot—kind of pissing each other off because I’d be playing drums while he tried to program something on the keyboard. But we also got to know the facility and what they were doing right and what they were doing wrong, and we’d talk about what we would change if it was us. And you know, it wasn’t my dream to be selling men’s underwear and hosiery to Target, which is what I was doing at the time. In fact I was on sabbatical at the time, ‘cause I was kind of done.

So over time you talked yourselves into giving the studio business a go.
Yeah. Originally we were going for a different building; but that deal fell apart, which at the time bummed us out, because we had looked at every property in town, and there was nothing. Then a day later, the broker called me, and said he could speak ethically now that the previous deal hadn’t worked. He said he had a music studio, the rent was cheap, and he thought we should look at it. I asked what it was, and he said, “Knox Avenue Studios.” I said, “We’ve seen it. That place is a dump.” He said, “No, trust me on this. You’ve gotta go. I know these guys well.” So we went over; we discovered that the building was owned by three guys, one of whom already owned a rehearsal studio and was using this one for overflow. Problem is he was running it by satellite, and after three years they’d only sold like forty rooms. And it was… well, there were signs in the bathroom that if you wanted to wash your hands, you had to bring your own soap and paper towels.

Pretty bare bones.
We leased the whole building—47,000 square feet—and we bought the business from them as well. So we scored a great deal; and with the money we had left over we immediately started fixing up the rooms—because you know, you could hear people talking next door. We put in carpeting and track lighting, and offered an a la carte list—fans, baffles, hardwood floors. We did what we could to make sure we didn’t lose the forty-two existing tenants. And I remember it was Pearl Harbor Day—December 7, 2011—and, we thought, okay, maybe we’ll get a couple of new people to rent a room this month, and maybe one or two in January. We’ll gradually fill it up. Next thing you know, word got out there was new management, and that we were musicians. And by March we were completely sold out. And we were kind of freaking out, because we didn’t have enough money left to fix all the rooms. So we scrambled—we went out and borrowed and begged from everybody; family, friends—and one thing led to another, people started coming in, giving us money, and we fixed all the rooms, made all the tenants happy, filled it up. Couple months later we got a call from my amp-repair guy who works here late; he told me there was a party in the hallway at two in the morning. I said, “What? A party?” He said, “Yeah, people are just celebrating ‘cause they can actually wash their hands after they take a piss!” (laughs) Which made me realize we probably could’ve gotten away with setting a much lower bar than we did.

And you’ve been fully booked ever since?
Yeah. One of the keys to our early success, and truthfully one of the reasons why I’m so passionate about this, is I want affordable space for bands. Especially young bands trying to come up; that didn’t exist when I was a kid, for sure. So I always want to keep it at a rate where guys can afford to be here. And you know, people have said to me, “You’ve got a sixty-band waiting list; that means your rent is too low.” But if I listened to that, I’d be selling out myself.

What prompted the idea of adding an incubator?
We started to get people who had heard about this place, and they wanted to write, or they were producers or engineers—they needed space that was soundproof rather than quiet. Soundproof is a very hard thing to achieve. But we did a pretty good job at it, building some booths in the back where you can record butterfly wings, even if the guy in the next booth is recording a metal band. And so these people started coming in—and now the bands had the capability of networking with these people, because of the access. And as that started happening, we thought, we’ve got all this other space—what if we rented it out to get more businesses that have synchronicity with what we’re doing? And so we talked to Matt Edgar, who we knew from AIS, the sound production company, and he came in; and then came recording studios and production companies. And as we continued to grow this thing, we thought—and I can’t take credit for this, was Kent and Scott (Fetters, now 2112’s director)—what if we put in an incubator for the kids who are coming out of college here, so that they have a place to start their business here in Chicago? We were already meeting with Columbia College about internships from their music business school, and they were telling us that more than half of their graduates move to L.A. or New York right after graduation because there were no opportunities here for them.

What about other incubators?
We checked them out; of course we looked at 1871. They let us come in and observe, and I just sat there in a chair one day and watched, and I got very excited—I thought, “Look at all these young kids, sharing space with mentors to actually help bring them along their path.” The only difference is that you had a dentist next to a lawyer next to a musician, and so on. At 2112, everybody around you is in your industry in some way. There’s so much more collaboration that comes out of it, and ideas. And it’s not strictly kids just out of school; we also brought in more established business to help mentor, and so in exchange for a better deal on office rent, they give their time.

So it’s also a fully integrated community.
Yeah, and it works both ways. We have everything from kids coming up with new music apps to people who do behind-the-stage video production for major bands. We have immigration lawyers here for bands who are touring and need visas. Mic Check is a company that has every custom microphone you can think of, and ships them all over the country. Martin Atkins from SAE Institute, who’s been the drummer of a number of bands including Nine Inch Nails, does a series of lectures called “Welcome to the Music Business, You’re Fucked.” (laughs) He packs the house. We have people teach how to properly set up an LLC, as well as guys who talk about licensing and copyright law. We have agents, managers—all the things that go along with the business. We have ninety-one member companies now, which excites me after such a short period of time.

And now you’re taking the model to other cities.
Yeah, Kent has actually relocated to Nashville to set up a Fort Knox/2112 there. They’re as segregated as Chicago was, before we did this. Nobody knew anybody else, everyone was doing something in their basement, or here or there… that’s what we hear the most from anybody. I can’t believe that the rest of the country could be that much different. And that’s what’s making it an easy sell; everyone wants to be together, under one roof.

So the road ahead is pretty mapped out for you—in a good way.
Yeah. It is. And 2112 enlightens me every day, the outreach and the impact that it has on communities. See that picture on the door to my office? My eight-year-old daughter wrote that last Thanksgiving. The assignment was to say what you were thankful for. She wrote, “I’m thankful for my dad because he helps keep the music alive.” It brought me to tears. I look at it every day and think, maybe she’s giving me more credit than I should have; but it is what I’m trying to do. You know? I’m fifty-three; I wish it hadn’t taken me till I was forty-seven to figure out where I was meant to be.