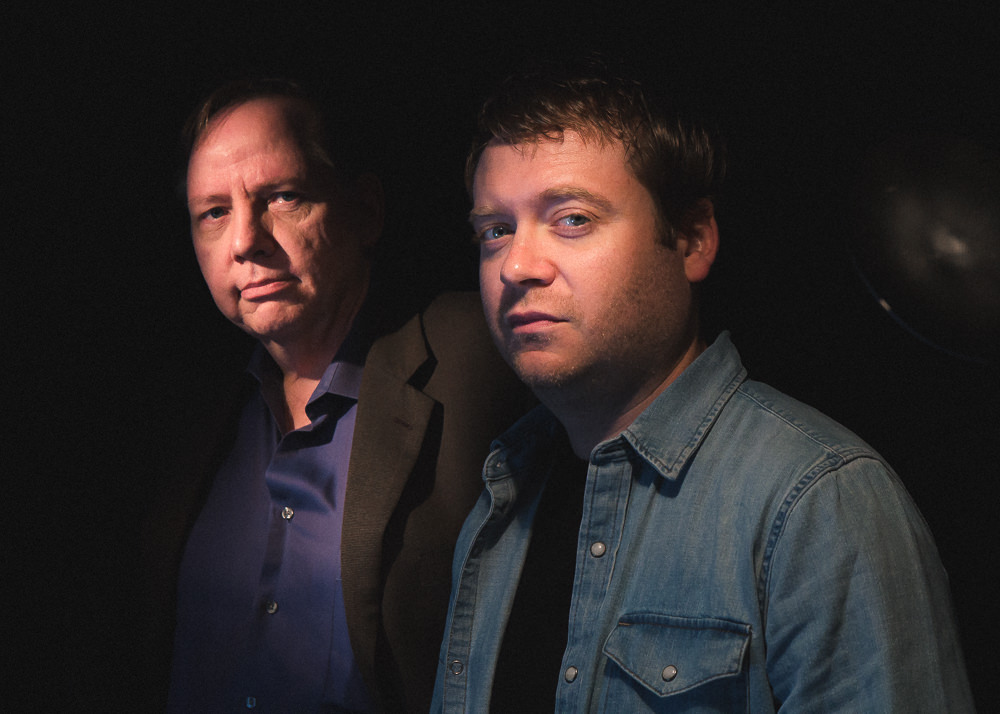 Amidst the ongoing (and entirely justified) bewailing of the difficulties facing musicians, composers, singers and songwriters in this tumultuous cultural moment, one reassuring reality has surfaced: no realignment in cultural trends, technological capabilities or public whims will keep people who love making music from continuing to make it. The impulse is simply too powerful—too primal—too human, in point of fact. What’s far less certain is whether those dauntless performers will be heard. That depends in great part on a complex network of behind-the-scenes facilitators, coordinators, organizers and promoters. This year our Music 45 comprises a list of the Chicagoans who most assiduously, ingeniously and successfully enrich our musical lives without actually playing a note: the venue and label owners, producers and podcasters, educators and engineers, bloggers and booking agents. Because of them, the city sings; and every now and then, we strive to return the favor. (Robert Rodi)

1
Riccardo Muti
Music Director, Chicago Symphony Orchestra
After a twelve-year absence, Muti returned in January to La Scala, the famed Italian opera house that he had led for nearly two decades before resigning in 2005 over a headline-making labor dispute. So significant was the return that, all over Europe, the story shared the front page with the Trump inauguration. At Muti’s side was our own Chicago Symphony Orchestra, which Muti has been leading now for seven seasons. The relationship between a conductor and an orchestra is like a marriage, and right now there is no musical partnership anywhere in the world to equal Muti/Chicago. Their seven-country, eleven-concert tour to the music capitals of Europe early this year underlined that point internationally. Muti opens the CSO season on September 22 with German violinist Anne-Sophie Mutter performing Mozart on a program that also includes Rossini and Tchaikovsky. Recent Muti/CSO recordings include the just-released Bruckner Ninth and the Schoenberg “Kol Nidre” with Shostakovich’s “Suite on Verses of Michelangelo Buonarrotti.”

2
Mark Campana
Co-President of North America Concerts, Live Nation Entertainment
Campana’s leadership role in Live Nation has expanded since he was head of the Midwest region; he now oversees the booking, operations and venues for the entire eastern half of the country. And given that Live Nation chalked up another record-breaking year in 2016, with an eleven-percent increase in global attendance over 2015 (thanks to stratosphere-tier acts like Beyonce, Guns N’ Roses and Coldplay), Campana’s renewed place on this list is more than secure. But Campana’s broadened stewardship hasn’t been without its hiccoughs: in 2014 he got personally involved in the struggle to revitalize the Alpine Valley Music Theatre, a venue once beloved by Chicagoans (and right at Campana’s back door for a significant part of his career). Campana’s gambit was making the venue more camping-friendly might turn its sagging fortunes around. But this year, for its fortieth-anniversary summer, the 27,100-seat house is closed for the season, for the first time in its history. 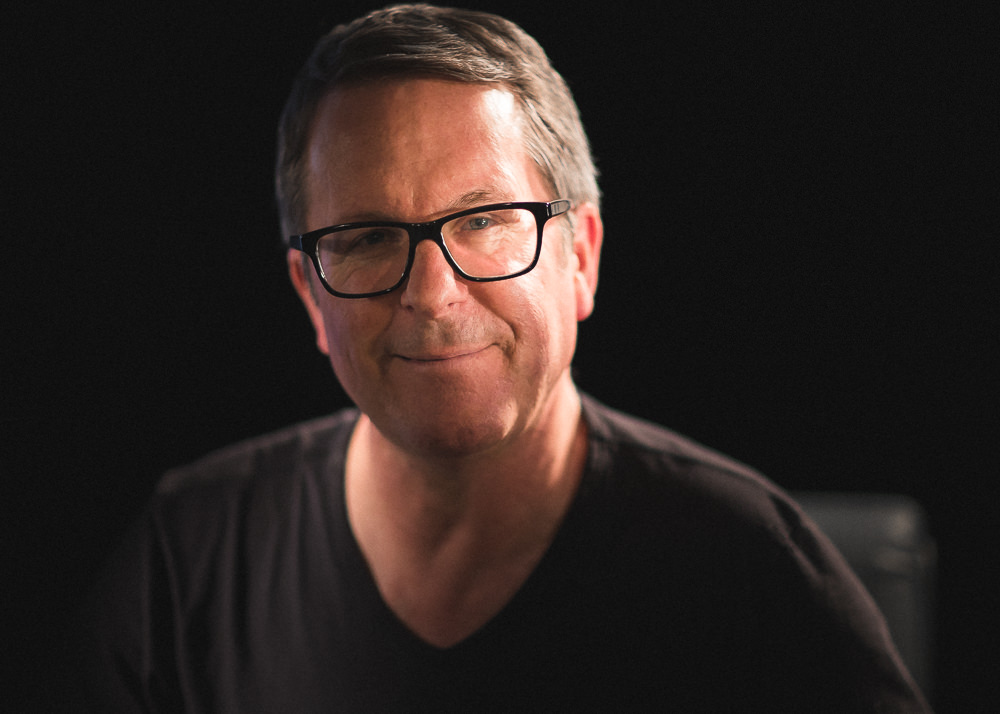 3
Welz Kauffman
President and CEO, Ravinia Festival
Kauffman achieved the extraordinary coup of bringing James Levine back to Ravinia Festival for its 2016 gala to celebrate the forty-fifth anniversary of Levine’s Ravinia debut. After a triumphant if rain-soaked Mahler Second, Kauffman had demonstrated to the now-wheelchair-bound legendary conductor that travel was not impossible. This opened the door to Levine’s return to the festival again this season: he conducts Haydn’s “The Creation” with the Chicago Symphony Orchestra and Chorus in one of the most anticipated area events of the summer. But wait, there’s more: Kauffman created the title of conductor laureate for Levine as of 2018, in effect ensuring a two-week Levine residency for the next five seasons in a coup of coups. And to make sure that the Chicago Symphony Orchestra remains the centerpiece of Levine’s performances and of the ever-eclectic festival itself, Kauffman recently negotiated an unprecedented eight-year contract with the CSO, ensuring their presence at Ravinia through 2026. 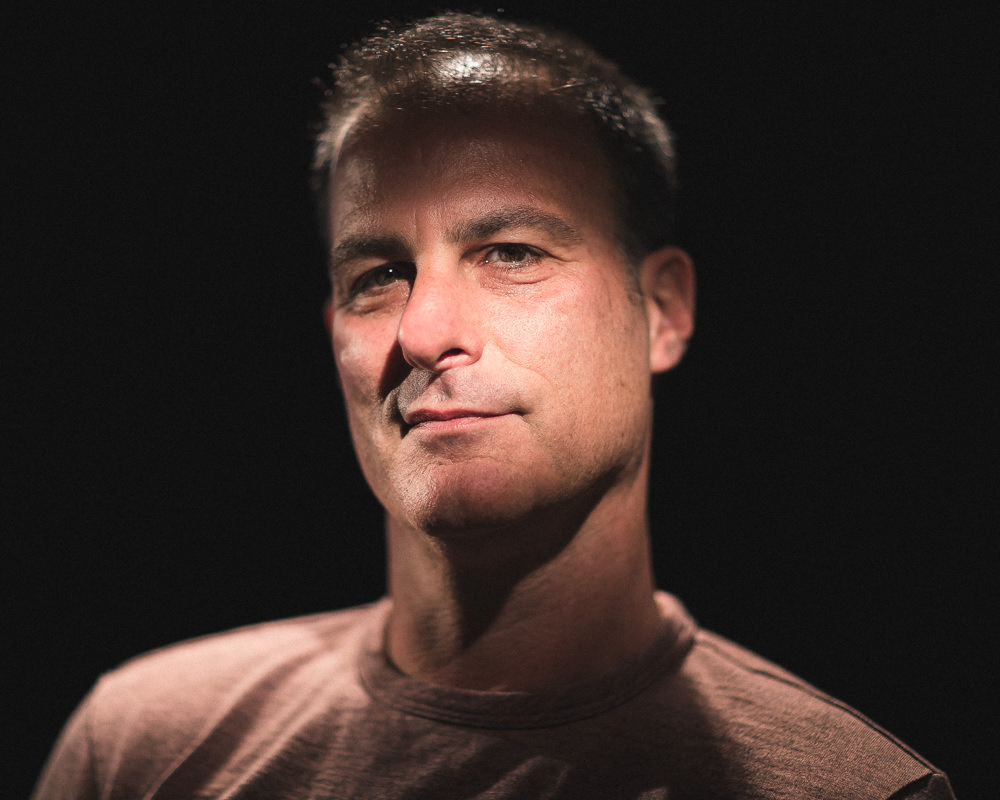 4
Bruce Finkelman
Owner, Empty Bottle and Co-owner, The Promontory, Thalia Hall
Fresh on the heels of an impressive coffee-table book commemorating its history, the Empty Bottle is celebrating its twenty-fifth anniversary with a series of high-profile concerts by artists who on a normal night would have outgrown the legendary but intimate Ukrainian Village venue. Finkelman not only has great taste in music, he has great taste in general. As a managing partner at 16″ on Center, he’s also responsible for East Village’s Beauty Bar and is the co-owner of Pilsen’s Thalia Hall and Hyde Park’s The Promontory, both of which have booked an impressive array of live music. He’s also cemented his status as an up-and-coming restaurateur, including Thalia Hall’s Dusek’s and Punch House (and new addition, Tack Room), the Michelin star-rated Longman & Eagle in Logan Square, and several others. “We have been busy,” Finkelman admits.

5
Mike Reed
Founder, Constellation, and Owner, Hungry Brain
In addition to leading or co-leading several working bands, all rooted deeply in jazz and improvised music, Reed is also founding director of the Pitchfork Music Festival, the current programming chair of the Chicago Jazz Festival, and the owner and director of the acclaimed venue Constellation, which opened in 2013. Reed quickly established the club as a fulcrum point for improvised, experimental and contemporary classical music. He and cornetist Josh Berman launched the weekly Sunday Transmission series at Hungry Brain in 2000 and, last year, he bought the venue, which now features similarly adventurous music on a regular basis. In 2016 Reed was awarded a prestigious United States Artists fellowship from the Doris Duke Foundation, recognized for his “unique artistic voice that expands the creative environment of the United States.” 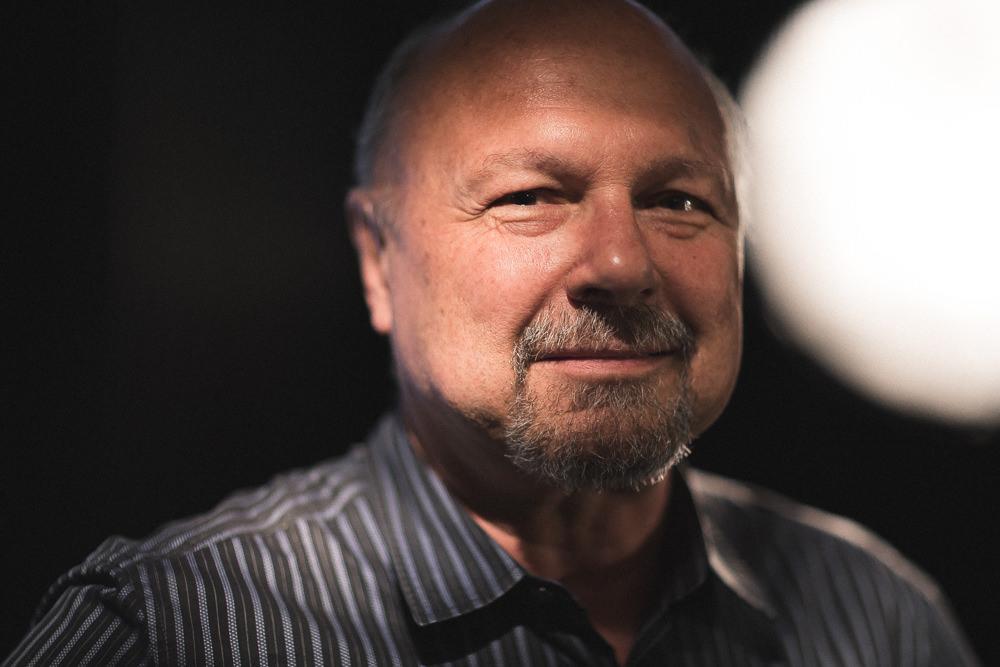 6
James “Bau” Graves
Executive Director, Old Town School of Folk Music
Graves reports that since 2015, Old Town School paid off the last construction bond on its new facility in Lincoln Square and adopted a “forward-looking strategic plan that mandates expansion of Old Town programs throughout the city.” Since then they’ve produced several unique series of concerts, including “Iron Heart,” which featured sixty concerts on El platforms in a single week, “The 77 Beats,” which showcased the music and cuisine of all of Chicago’s designated neighborhoods in pop-up events all over town, and “Soundtrack of the City,” which recalls a hundred years of Chicago music and social history with concerts staged at locations associated with historic events. OTS is also facilitating the creation of an Arts & Community Wellness initiative in Englewood, bringing together health, human service and community development organizations to enhance community dynamics through classes in hip-hop poetry/songwriting, African drumming, vocal music and electric guitars.

7
Chance The Rapper
Creator, SocialWorks Chicago
Chancelor Bennett is more than just the city’s most acclaimed rapper. Using his newfound fame and fortune, he’s donated one-million dollars to Chicago Public Schools and has just partnered with the Chicago Beyond philanthropy fund to announce a two-million-dollar challenge “designed to find and invest in innovative programs, ideas or approaches that disrupt chronic challenges facing young Chicagoans.” Aside from creating the New Chance Arts & Literature Fund to ensure access to arts enrichment within CPS, Chance’s SocialWorks youth empowerment charity’s initiatives include the Kids of the Kingdom Chicago Youth Program; OpenMike, an open mic event presented in partnership with the Chicago Public Library; voter registration and participation program Parade To The Polls; and Warmest Winter, which gives Chicago’s homeless winter coats. Time magazine named him one of this year’s 100 Influential People, and as fellow rapper Common wrote in the accompanying essay, Chance “upends expectations about what artists, especially hip-hop artists, can do.” Honored with a humanitarian award at this year’s BET Awards, our former First Lady sent her congratulations, “Chance is showing our young people that they matter, that they have something inside of them that is worthy of being expressed, and they have so much to contribute to their community and our country.”

8
David “Boche” Viecelli
President, The Billions Corporation
It’s illustrative of Billions’ artist-centric nature that the booking agency proffers a 900-word “manifesto” on its website, making the point that it’s highly selective in whom it chooses to represent. That doesn’t mean Viecelli is resting on his laurels, as witness one key addition to his staff. “Legendary agent Bobby Cudd joined our Nashville office,” he says, “bringing us forty years of experience and notable clients like Garrison Keillor, Ricky Skaggs and Gillian Welch.” Viecelli is also excited to highlight a few key tours: “Noname is off to a roaring start, selling out her first U.S. headlining tour. Jason Isbell is poised to release a record that will launch him to an incredible new level. Fleet Foxes are back! We’ve got big, exciting tours from Future Islands, Dawes and The Head and the Heart. Angel Olsen and Car Seat Headrest have both taken huge steps forward over the last year.” 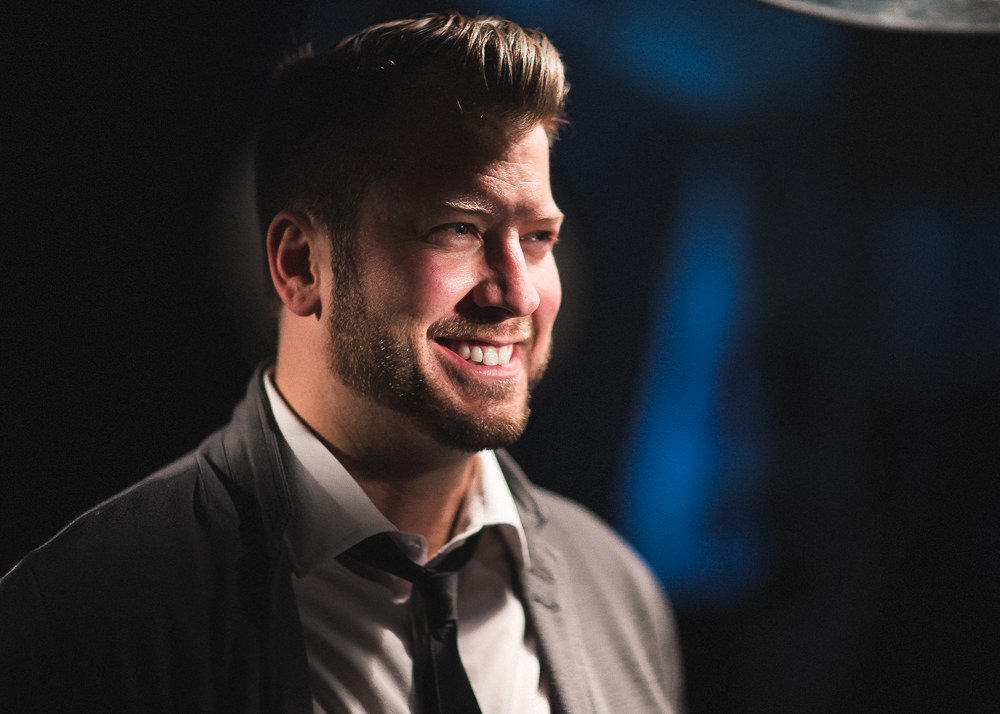 9
Nathan Holgate
General Manager and Regional Director, City Winery
Holgate has taken on the role of regional director, no doubt attributable in part to new City Winery locations scheduled to open by the end of 2017 in Boston and Washington DC. Originating in New York City and the brainchild of the Knitting Factory’s founder Michael Dorf, the Chicago version is a renovated 1911 warehouse that focuses not just on a stellar wine selection (and food pairings), but booking courtesy of industry veteran Libby Brickson and top-level live music in its “listening room” that seats 300. Last year’s bookings, which reveal the venue’s eclecticism, included Graham Nash, Cracker, El DeBarge, GZA, CeeLo Green, Squirrel Nut Zippers, Talib Kweli and Dirty Dozen Brass Band. Holgate has also booked “hundreds of local Chicago musicians at our Riverwalk location over the past couple summers,” and promises more to come. 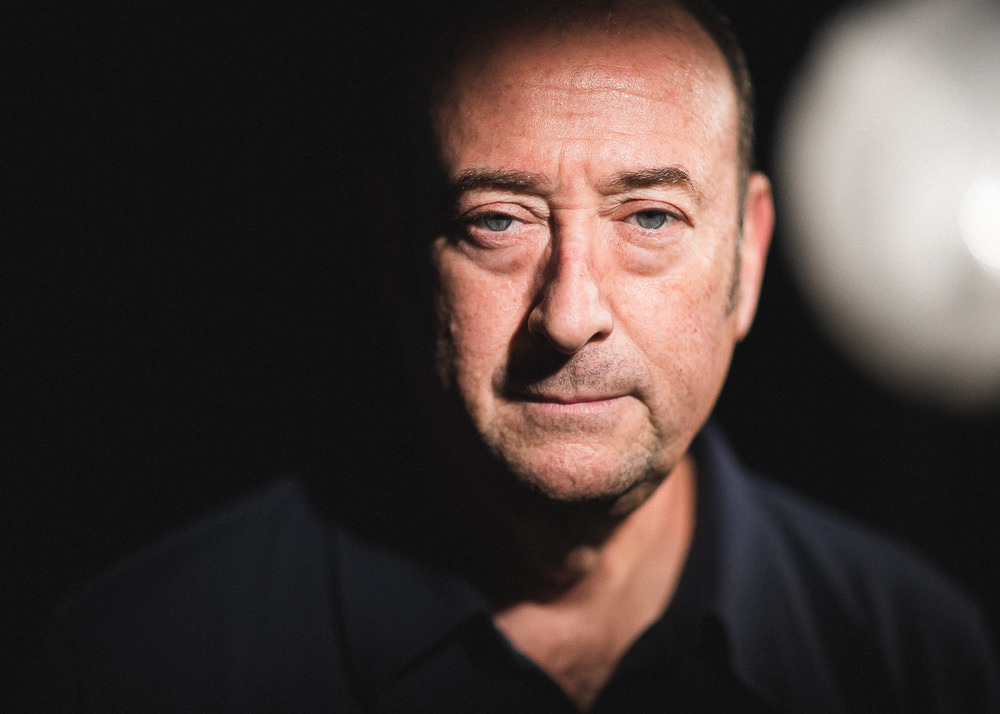 10
Joe Shanahan
Owner, Metro, smartbar and GMan Tavern
Shanahan started putting on shows in his Chicago loft, but the debut of what would be called Cabaret Metro (and now Metro) was in 1982, when you could pay five dollars to see a relatively unknown band called R.E.M. Now one of Chicago’s best live music venues is commemorating its thirty-fifth anniversary, with the promise of special shows, community partnerships and more. The underground DJ and dance venue smartbar also continues booking quality music, and the newest addition to “the Clark Street campus,” GMan Tavern (formerly Gingerman), which Shanahan acquired in 2012, has featured Mavis Staples, Jake Bugg and The Pretenders’ Chrissie Hynde, Poi Dog Pondering, The Replacements’ Tommy Stinson and late-night DJ sets with the Numero Group, and Gman’s jukebox is allegedly one of the best in Chicago. Shanahan was also part owner of Double Door, which lost its original Wicker Park location after twenty-three years—but which hopes to reopen in the Logan Square State and Savings Bank building.