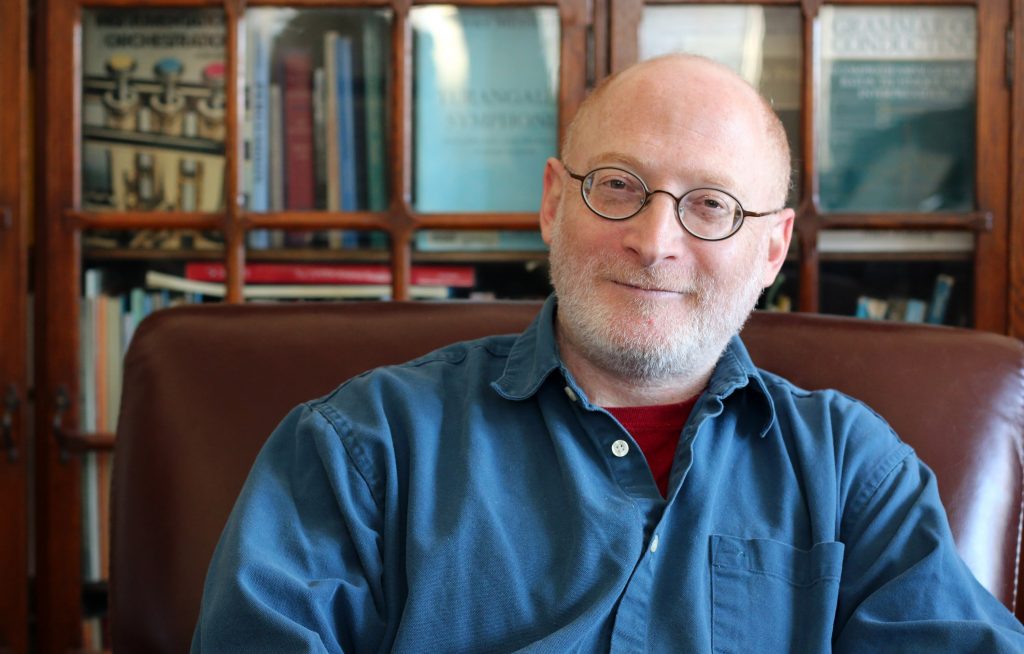 “It’s true I didn’t come over on the Mayflower, but I came over as soon as I could,” said Anton Cermak in 1931, in response to xenophobic slurs made against him by the deeply entrenched, and deeply corrupt, Chicago mayor “Big Bill” Thompson. Threatened by Cermak’s political skill and alarmed by his growing support, Thompson resorted to a strategy of personal insults and dark hints that Cermak wasn’t “normal.”

This strategy has a familiar ring to it, of course; but Thompson’s xenophobic and alarmist tactics backfired wildly, and Cermak rode a wave of immigrant support into the mayor’s office. Unfortunately he was killed before he could finish out even his first term—shot in the lung at a political rally by a deranged gunman who was apparently aiming at FDR, with whom Cermak happened to be shaking hands at the worst possible moment.

Cermak’s sentiment that he came to America from what is now the Czech Republic “as soon as [he] could,” speaks powerfully to me. You see, I’m a sentimental sort, the kind of guy who gets all choked up thinking about the idea of America as a melting pot, as a place where diverse peoples from around the world can live together in peace.

And yeah, I read my history. I know that the country was founded on top of one of the world’s most appalling genocides. I know about the three-fifths compromise. I know that the idealism of the American dream in no way makes up for the many atrocities committed along the way.

But from the moment that humans first climbed out of the primordial ooze and sat blinking in the full glare of newly formed consciousness, we’ve devoted an appalling amount of time and energy to killing each other; so the idea that we would at least make the attempt to put our differences behind us and live in peace—well, it’s something I still believe in with every fiber of my being.

Cermak “came over as soon as [he] could” because America represented an irresistible beacon to the world. America was an escape from authoritarianism, persecution, hereditary government and power wielded by the few in service to the fewer. But when he came over he discovered what everyone who has come over since has discovered: the ones who got here first didn’t want him.

Cermak is mostly forgotten today, but his victory over “Big Bill” Thompson is still a major win for the little guy, and a powerful reminder that the American dream cannot be taken for granted, but must be fought for in every generation.

Interestingly, though, Cermak’s longest-lasting legacy is not political but musical. He started the Grant Park Music Festival to give hard-pressed Chicagoans much-needed relief during the ravages of the Great Depression, and the festival is still going strong today. Then as now, Chicagoans had the extraordinary opportunity to hear classical music performed by a world-class orchestra and chorus in the heart of the city, for free.  It was an audacious idea then, and more than eighty years later it still is—as well as an indispensable part of summer in Chicago for tens of thousands of people.

Grant Park was also, memorably, the scene for Barack Obama’s stirring reaffirmation of the American dream upon his election in 2008 and, eight years later, the site of his stunningly gracious, optimistic and inspiring farewell address, in which he managed to find hope even as the country faced an incoming president who made “Big Bill” Thompson look like Honest Abe. Obama’s dignity in the face of despair was an inspiration to the composer Aaron Jay Kernis.

“In the months following President Barack Obama’s farewell address in Chicago, I began to turn my thoughts to composing this new horn concerto, ‘Legacy,’ for the Grant Park Festival. The President’s inspiring summation of the last eight years of our history rests incongruously next to the daily turmoil that has taken hold since then,” says Kernis.

“A great deal has been written about the ideal of the former president’s legacy: a commitment to protect our air, water, health, children… which, since then is being torn down, many pieces at a time, every single day. As a creative artist, I think frequently about what I will be able to pass on to my family, and to our world, as I spend my life attempting to create works of beauty, healing, confrontation and ideas.”

“Legacy,” co-commissioned by the Grant Park Music Festival and given its world premiere this month, opens with allusions to “Amazing Grace” in the strings and horn, which eventually become a full-fledged theme-and-variations—leading the listener to inevitably recall Obama’s powerful, deeply moving response to a racially motivated shooting in a house of worship.

The French horn is the perfect vehicle for music with a noble ring that recalls the understated but firm resolve of the former president; and Kernis, throughout the piece, perfectly balances sentiment with solid compositional craft.

Our country is led at the moment by vicious people, a mafia-esque cabal that, far from serving a lofty ideal, exists only for personal enrichment and the entrenchment and perpetuation of their power: in other words exactly that against which America was founded in the first place. They are taking a sledgehammer to Obama’s legacy but they fail to understand that Obama’s true legacy is his belief in a humanistic ideal which cannot be destroyed.

Chicago’s Grant Park is central to the legacy of Obama, who in many ways exemplified the American dream and who provided as perfect a model of dignity, class and respect for all as I’m likely to see in my lifetime. Kernis’ piece is a moving musical portrait of that legacy and it’s fitting that it will be premiered at a music festival started by an immigrant who long ago left his country in pursuit of a dream that the majority of us still hold dear.

The Grant Park Orchestra performs Aaron Jay Kernis’ horn concerto, “Legacy,” on August 11 at 6:30pm and August 12 at 7:30pm, under the baton of Carlos Kalmar with Jonathan Boen as horn soloist.  More information can be found on their website.