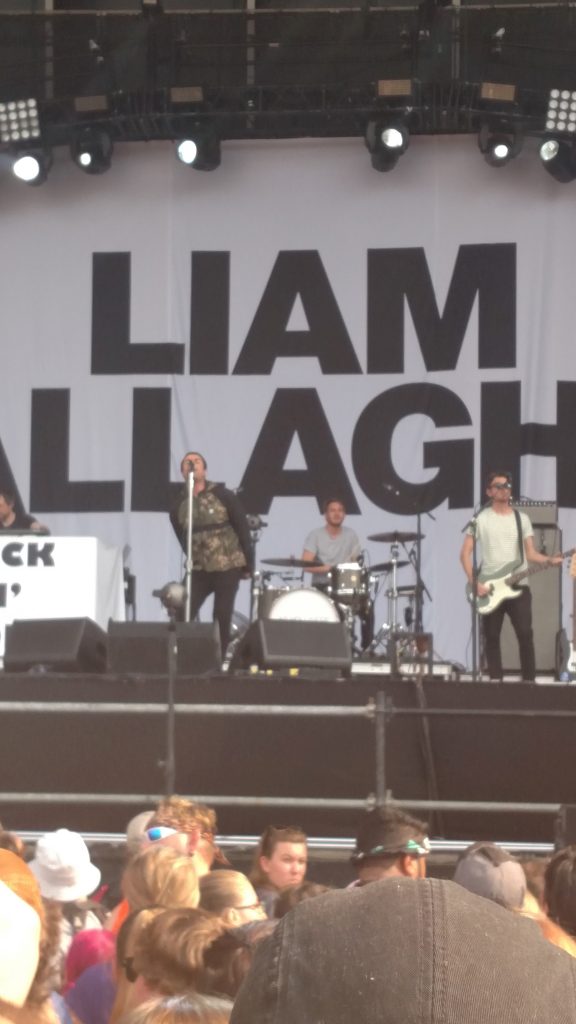 If you were in the audience at Liam Gallagher’s Thursday night Lollapalooza set, you got to hear four songs with Gallagher in full whine and snarl, before the former Oasis frontman shut it all down and left the Grant Park stage forty minutes early.

He later cited vocal fatigue. And if you were at his official Lolla aftershow on the night before, you’ll know what he was talking about.

From the moment he strutted onto the Park West stage in a hoodie and shorts—no sunglasses or regalia—he was all business, compressing his energy into forceful vocals sometimes reminiscent of Ray Davies, Johnny Lydon and/or Jason Williamson. He maintained a “perp” stance, hands behind his back, holding his maracas while leaning into the mic and singing virtually motionlessly—save for when he clasped hands with the crowd or paused for a drink of water. He pounced on his delivery of both tunes from his new solo album and five Oasis hits, which included “Rock ‘n’ Roll Star,” “F**n in the Bushes” and a propulsive “Morning Glory (What’s the Story),” which led off the show.

No one these days can whine like Gallagher does. He rolls and elongates his vowels in a way that would piss off diction coaches; but when surfing afloat a supercharged sonic wave of guitar-heavy pulses and drones, there may be few other frontmen you would want to hear. The new songs were surprisingly strong. He disappointed the crowd by not coming back and doing a “Wonderwall” encore, but there was a bit of roughness to his voice—possibly he was already feeling the exhaustion that on Thursday he claimed “gutted” him.

So the aftershow was the bomb, and the Lolla show a fizzle. But that’s rock ‘n’ roll—d’ya know what I mean? (Bart Lazar)