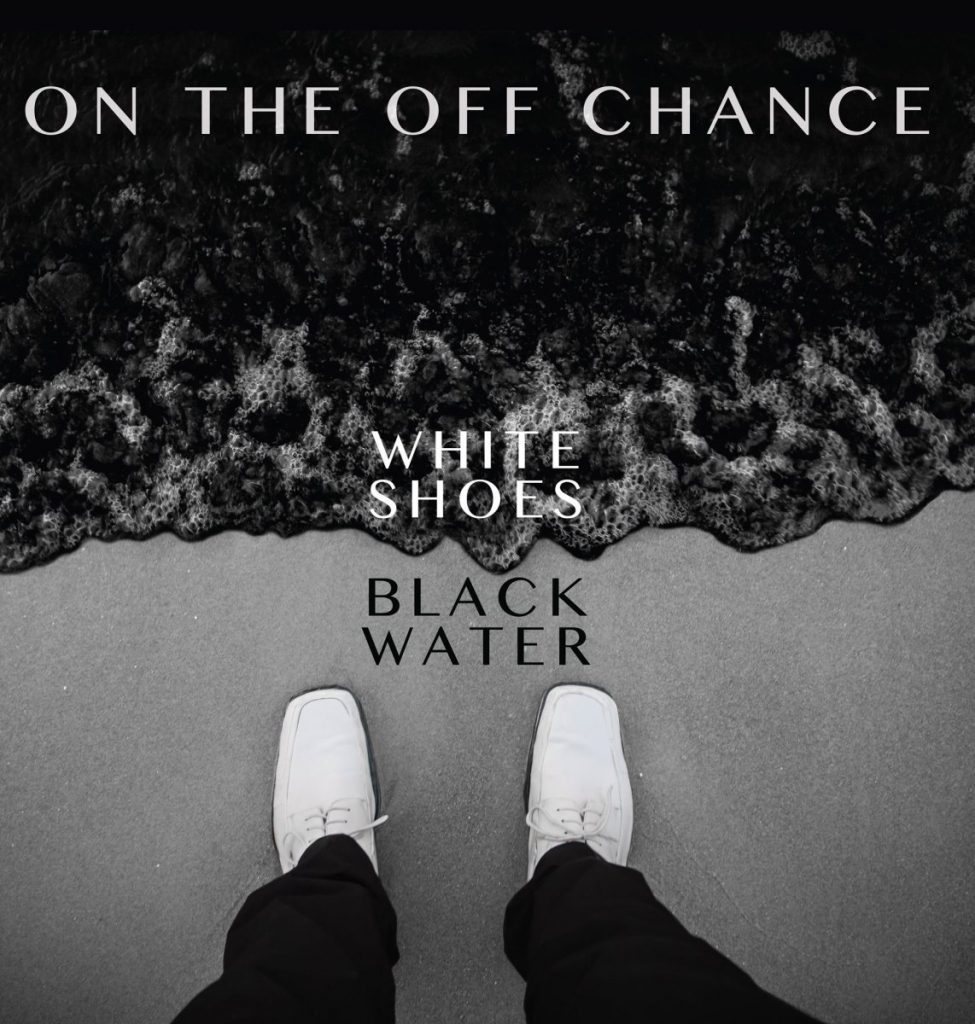 If I start by saying Chicago-based On The Off Chance is a band without irony, please don’t take it as a swipe; it’s just the opposite. What I mean is that these guys are just so freaking happy to be playing rock ’n’ roll. There’s still plenty of wit and intelligence on their new release, “White Shoes, Black Water.” The opening cut, “Rose-Colored Glasses,” gives us this line: “It’s intangible the handle on the hand you hold / Like a phantom limb sifting through a pot of gold.” And when lead vocalist (and the tune’s composer) Dan Dougherty hits that last word, he ratchets it on up like a siren—which might cynically be taken for grandstanding, but it’s really just sheer, unfettered exuberance. This is a band that reminds you why rock ’n’ roll used to make you happy… and still can, if you’d just goddamn let it.

Most of the tunes are Dougherty’s, and he’s an absolutely bravura performer; his scorching guitar on “Payday” is a highlight, as are his taut, snarling vocals on my favorite tune on the album, the propulsive “Cameraman” (“There is one set of footprints in the sand / Where there used to be two, that’s where he carried you / But what about the third set in the sand? / That was the cameraman”). He’s ably abetted throughout by the band’s killer harmonies, which are so tight you couldn’t wedge a bookmark between them.

Keys player and vocalist Steve Ashum has a couple of his own tunes here, and they’re a distinct flavor—more shimmering seventies R&B to Dougherty’s burnished rockabilly—and “The Well” has not only the most gorgeous bridge on the album, but possibly the most gorgeous bridge to any tune I’ve heard all year. “It is well within me / It is well within my soul,” he sings, in such ecstatic, reaching tones, you’ll find yourself humming it to bolster yourself when the workaday world weighs you down. Kudos to all involved—including drummer/percussionist Jason Parks, bassist Anthony Bartkowiak and vocalist Rebekah Rakow. (Robert Rodi)