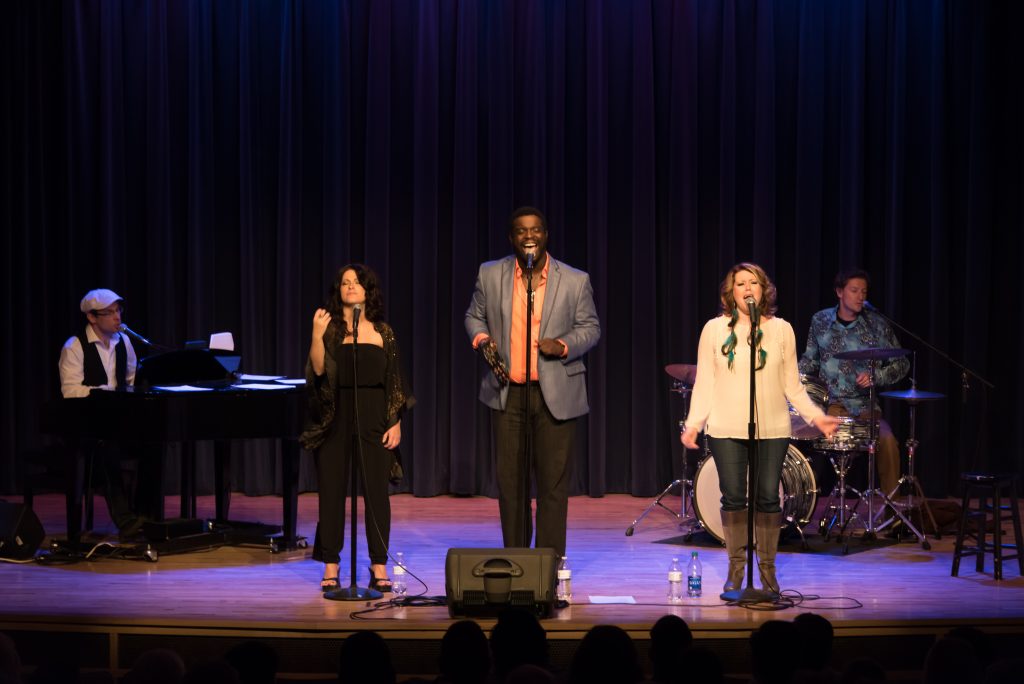 Cabaret has been undergoing a sort of prolonged midlife crisis, trying to find a postmillennial raison d’étre. The art form has survived thus far by recontextualizing show tunes as intimate conversation pieces, but the classic repertoire has been worked to the point of exhaustion, while newer theater music hasn’t gained a sufficient following to make it marketable. There’s no compelling reason for anyone to mount one more night of Cole Porter or Johnny Mercer tunes; but would a night of Adam Guettel or Jeanine Tesori songs fill a room? Still, every crisis is also an opportunity, and a heady number of cabaret performers (including your humble scribe) have been exploring new forms, themes and concepts in a bid to chart the way forward. But perhaps no one has been quite so audacious as the clutch of artists mounting “Say You Love Me: Forty Years of Rumours.” Singers Julia Merchant, Dan Riley and Melissa Young plunge headlong into the Fleetwood Mac catalog, backed solely by the admittedly supremely capable Nick Sula on piano and Scott Simon on drums (both of whom also sing). It’s a conceptual giant-step away from a tribute band. Far from working slavishly to duplicate every note as recorded by the original quintet, the performers process arena-rock anthems through their own cabaret-honed sensibilities (they’re all polished professionals as well as fervent fans), with the result being something of a joyous hybrid. The first time they broached this material was in a retrospective show covering the length and breadth of Fleetwood Mac’s output, interwoven with breathless narrative, bits of trivia, photos and stage props; it was both exhaustive and exhilarating—and wonderfully witty. This time out, they’re confining their focus to a single iconic album, but I imagine the tone and tenor will be the same. No hipster ennui here; these people ooze unadulterated love for the material and its creators, and they not only sound terrific, they seem to know it. Imagine a recital of Fleetwood Mac tunes where none of the performers ever stop smiling. Rock becomes religion; cabaret becomes revival tent. When I saw the original show, I had that thrilling thought every critic lives for: “This is new.” And I’m guessing it’ll be a while before it gets old.