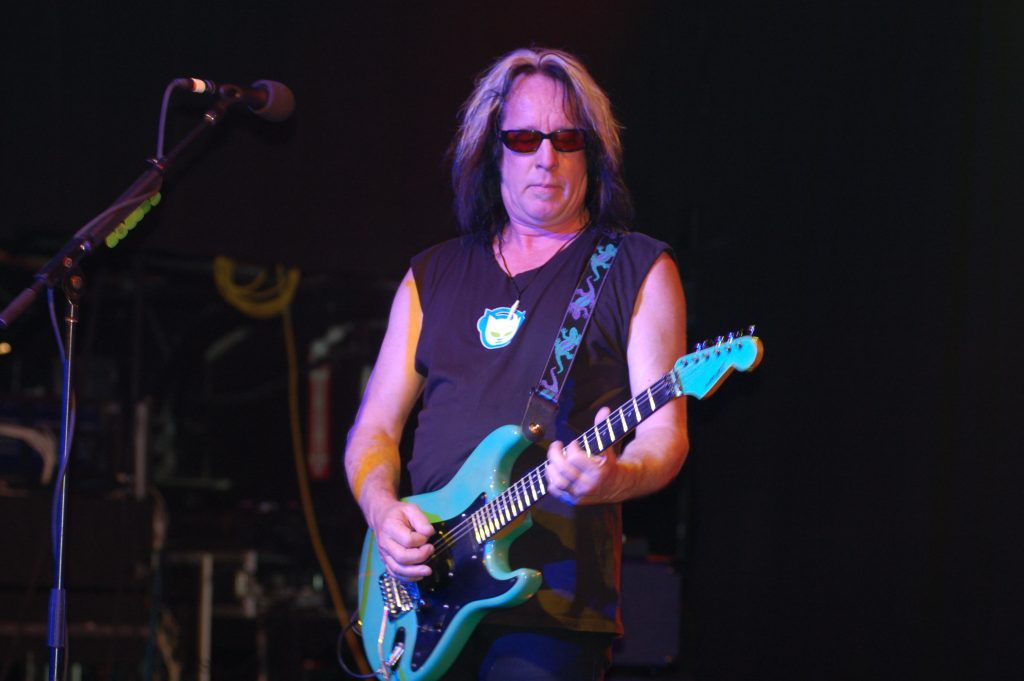 When I saw that Todd Rundgren was playing Park West this month, I decided to take a spin through his extensive body of work to reacquaint myself with his oeuvre. Which isn’t so easily done; Rundgren’s a restless talent, hard to pin down, and over the past forty-odd years he’s ranged everywhere from bossa nova to EDM.

But the most significant surprise came from a song relatively early in his career: 1971’s pop hit, “We Gotta Get You a Woman.” And the surprise was entirely of the how-the-hell-did-anyone-think-this-was-okay variety. The song (still ridiculously catchy after all these decades) finds Rundgren serenading his dejected friend Leroy with the resolution, “We gotta get you a woman / It’s like nothin’ else to make you feel sure you’re alive.” Granted, this was just a trickle past the cusp of the seventies, when feminism was still a set-up for late-night talk-show jokes; but like so many things about the period (casual racism, blithe homophobia and that whole genocidal-bombing-in-Cambodia thing), it shocks us well-meaning twenty-first-century folk that anyone could ever get behind something like this. I mean, yes, we post-millennials recently elected a sexual predator to the White House, but dammit, Todd Rundgren is a sensitive singer-songwriter—he’s supposed to be one of the good guys. And here he is talking about women like they’re a consumer product—“We gotta get you a woman” being essentially interchangeable with “We gotta get you a weekend in Cozumel” or “We gotta get you a six-pack and a steak on the grill.” Pick you right up, Leroy, old salt. Just you wait.

It’s a question that might be asked of any of the male rockers who over the decades have produced cringeworthy misogynist anthems (Mick Jagger sinuously gloating “Under My Thumb”; Sting crooning the creepy stalker anthem “Every Breath You Take”; Robin Thicke—well, just Robin Thicke, full stop). But Rundgren is a more complicated animal from his better-known colleagues. He’s at least as successful as a producer as he is a performer, and the dissonance between the Apollonian domain of the engineer’s booth (a realm of precision, calibration and control) and the Dionysian arena of the performer (a literal stage for intuition, invocation and catharsis), is sufficient to lend his records an elaborate duality. Even his best work manages to be both irresistibly accessible and too smart for its own good. Which is, admittedly, exactly the kind of thing some of us love to an almost unholy degree (we’re known collectively as “music critics”). My point is, if anyone can shake off the libertine excesses of the strutting, late-twentieth-century rock-and-roll satyr, it’s this guy.

And it seems a suddenly urgent question, given the recent public outing—pulling back the curtain on decades of past abuse—of misogynist monsters of the Trump, James Toback and Harvey Weinstein variety. Rundgren is scarcely in that cretinous class; he’s just a guy who once wrote about women like you’d write about cars. But his current point of view is important because if he’s come around, it means the more toxic extreme of the culture has the potential to do the same.

Fortunately, Rundgren released an album earlier this year, so we have a recent reflection of his mindset to go by. And let me just say right off the bat that “White Knight” is a very Todd Rundgren album, in that the production values are so lavish, they might have been layered on with a frosting knife. His vast experience as a producer means he wields the mixing board like a single instrument; everything sonically braids together at his command.

“White Knight” is also an agreeably collegial album for a late-middle-age rocker. Instead of presenting himself as a grizzled, iconoclastic loner, Rundgren’s invited a whole posse of his peers (a few of them women) to come by and collaborate. This necessarily makes for a less cohesive album than some of us (ahem—music critics again) might like, as there is no conceivable universe in which Donald Fagen, Trent Reznor and Dâm-Funk can share a set list and have It all seem harmonically integrated. But there are delights here all the same, and you should definitely sample them.

The woman question, however, remains problematic. “Naked & Afraid” is a song about a man-devouring temptress, a black widow who leaves “graveyards full of bodies / Of those who disbelieve.” Rundgren has said his inspiration for the tune is Tina Turner in “Mad Max Beyond Thunderdome,” so perhaps we shouldn’t take it entirely seriously; it’s about a camped-up, cartoon version of a female, not the genuine article. And while the dragon-lady stereotype is more than a tad hoary, Rundgren at least gives said dragon lady her own voice within the tune, courtesy of guest artist Bettye Lavette, who tears into the lines like a goddam weed-whacker: “There never was a man that can frighten me / Push the wrong button and just wait and see / I’ll leave you naked and afraid.” Noted, gurl. But dang if “We Gotta Get You a Woman” isn’t looking pretty good about now.

Ah, but then there’s “That Could Have Been Me,” which Rundgren writes entirely from a woman’s point of view—and even more fortuitously, gives to the beguiling Swedish pop vocalist Robyn to sing. It’s an achingly affecting portrayal of a woman leaving her distant, emotionally remote lover with an equal measure of regret and disdain: “That empty pillow by your side / That could have been me.” She might be talking to the latter-day Leroy, so focused on his own needs he can’t see the human connection beyond the occasional emotional quick-fix. It’s a poignant indictment of male inaccessibility, and it ends up being the best track on the album. 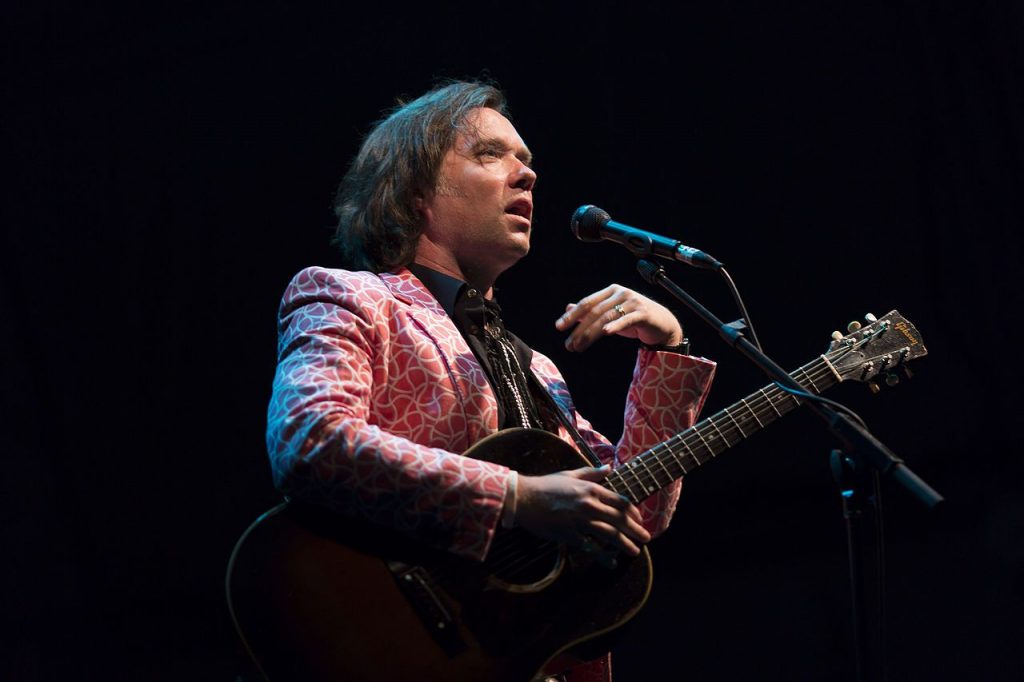 I can’t help comparing it to a song by another artist who’s in town this month: “The Art Teacher” by Rufus Wainwright (from his 2004 album “Want Two”), also written from a female point of view, but which Wainwright elected to sing himself. “There I was in uniform,” he croons over a strikingly spare piano arrangement—just a series of fluttering, descending chords in the treble clef—“Looking at the art teacher / I was just a girl then / Never have I loved since then.” Wainwright doesn’t self-consciously play a character, or alter his tone or register to be more feminine; he just flat-out sings from the heart, and overrides any demographic disconnect to hit square at the center of universal loss and longing.

Granted, Wainwright has had less of a road to travel than Rundgren to get to the point where he’s comfortable channeling a female persona. He is, after all, a quarter-century younger, not to mention gay, and he was brought up in possibly the most famous matriarchy in entertainment history. His mother and aunt, Kate and Anna McGarrigle of the legendary Canadian folk duo The McGarrigle Sisters, co-founded a musical dynasty that is overwhelmingly female (comprising Rufus’ sister Martha Wainwright, his cousin Lily Lanken and his aunt Jane McGarrigle). To any feminist firebrand accusing him of gender appropriation, I’d have to ask: how could the guy not have an insight into women’s inner lives?

But Wainwright isn’t a rock star; he’s generally tagged as a folk-pop balladeer, though in essence he’s really an art-song composer, a pomo incarnation of Samuel Barber or Ned Rorem—or for that matter, Franz Schubert or Robert Schumann. The misogynist swagger of the early rock ‘n’ roll rake isn’t any part of his inheritance.

In a perfect world, then? Well, much as I love Robyn’s vocals on “It Could Have Been Me,” I’d have liked it better had Rundgren sung it himself. Maybe he will, on the Park West stage. Or maybe, on the off-chance Rufus Wainwright is still in town, he’ll swing on over and have a go at it. Just to show how it’s done.