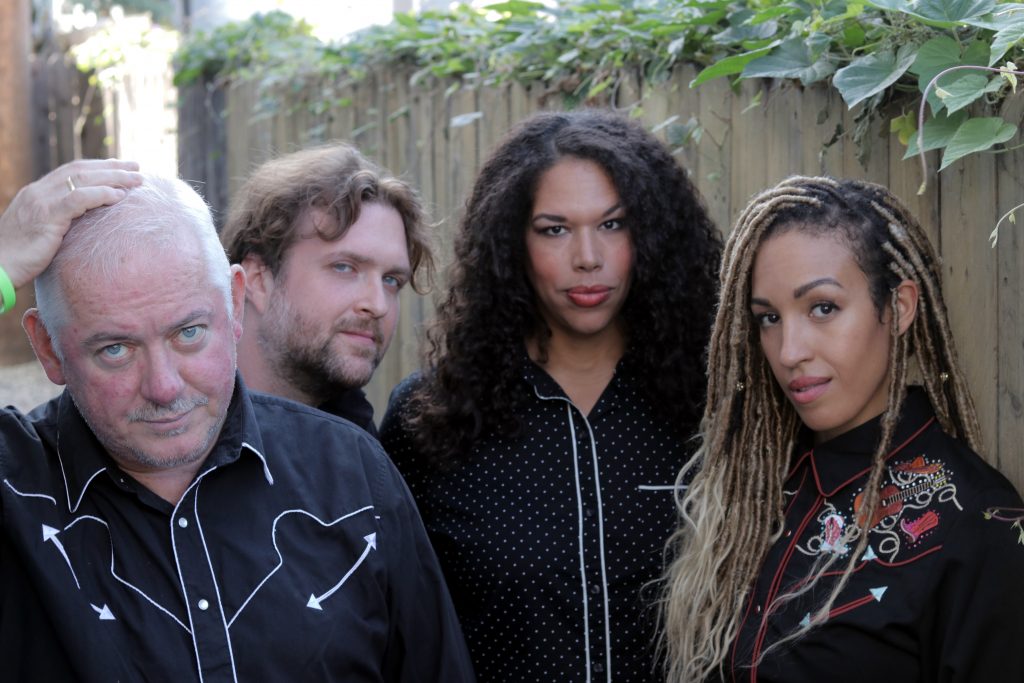 Four Lost Souls is the latest project by Chicago-based singer-songwriter Jon Langford, most famous as a founder of proto-punk band The Mekons. There’s been a lot of water under the bridge since then—a lot of sonic journeying, too—and at first glance, the group’s eponymous album, “Four Lost Souls” (Bloodshot), which was recorded in Muscle Shoals and features decidedly Southern Gothic cover art, promises some serious bayou mojo, with shades of Tennessee Williams in the lyrics. It’s not entirely lacking that, but what’s surprising about Four Lost Souls—which consists of Langford, guitarist John Szymanski and vocalists Bethany Thomas and Tawny Newsome—is that the name seems to reflect the content. These lost souls actually do a hell of a lot of searching. And the ground they cover is basically every American popular music genre they can seize by the short hairs.

The set begins in full SoGoth glory with “Poor Valley Radio”—though admittedly the tempo is upbeat and Langford’s Welsh vowel sounds flout the expected Cajun patois. Still, you know where you are when you hear, “I smell the smoke / I feel the flames / So pull the truck into the garage / A hold all full of cash / And a change of name / We’re heading back to Poor Valley.” The harmonies on the chorus are so ravishing, you’re pretty much heading there, too.

But then the band shifts into “Natchez Trace,” an electric-driven whirligig that might’ve been right at home on AM radio fifty years ago… followed by “I Thought He Was Dead,” Langford’s self-proclaimed “secular gospel” tune, which features a soulful, rippling organ, the slung-back beat of an R&B ballad and Bethany Thomas’ plaintive, heart-in-her-throat vocals. A little later, there’s “I Felt My Courage Fail,” whose more urban, jazz-inflected groove drives an ode to letting a fallen world embrace you. The faintly tropical rhythms of “Waste” wind up the album with the lyric, “All this waste / We’ve done nothing wrong / The desire to please / Just got too strong.”

That urgent desire to please is on display at The Hideout this month; and while I’ve made the album sound like a patchwork, in fact, it’s solidly integrated: no matter the genre they take on, Four Lost Souls have the infectious energy and diamond-cut professionalism to make it part of their own ample sound world. I’m guessing it’ll be doubly so, live. This one should be a barn-burner. (Robert Rodi)