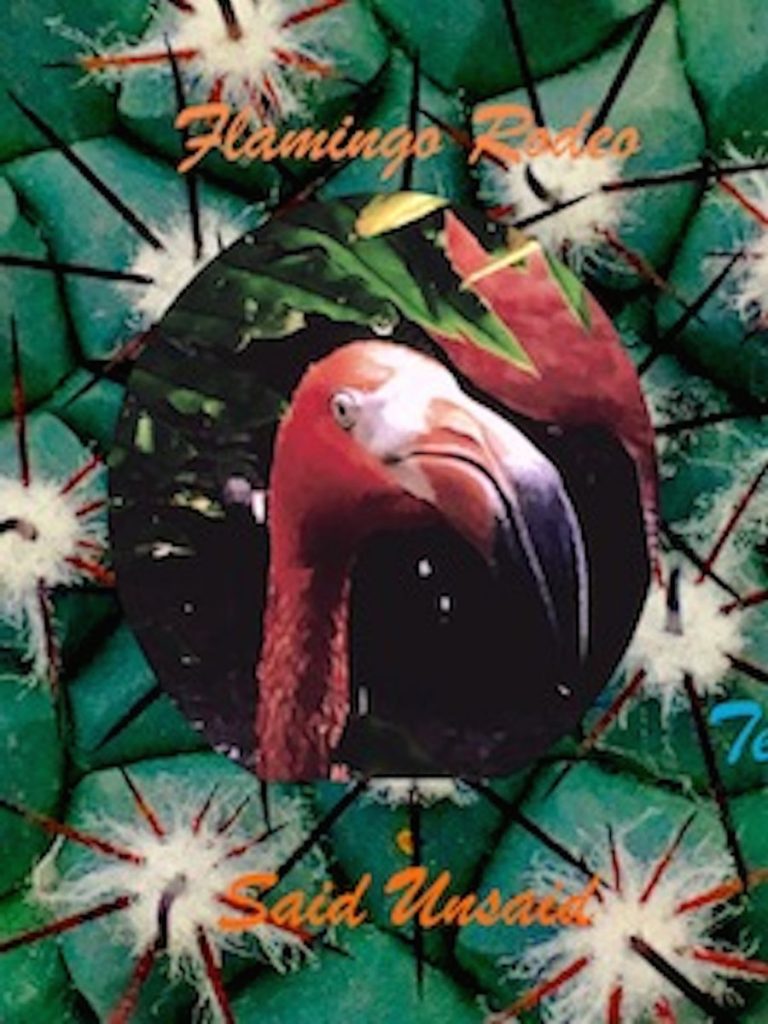 Flamingo Rodeo started out as a solo side project for NE-HI’s Mikey Wells, allowing him to play songs that didn’t fit that group’s punkier sensibilities. Comparatively speaking, the band’s debut album, “Said Unsaid,” is heavy on the flamingo (stately and graceful, sedate but lovely), light on the rodeo (though “Discount Harmony” offers up a solidly country-tinged track).

Wells cites early Jackson Browne and John Lennon as influences, but there’s more of a Shins or Big Star sensibility to their sound, particularly on “Lost Arrow”—pleasant but intricate, with nice instrumental flourishes.

Sonically, “Said Unsaid” sounds cohesive without being boring. Aside from the aforementioned country sounds, there’s a carnival air to “Portmanteau,” and album closer “Strung Out On the Sun” smacks of Lennon-ism (although maybe not as deftly executed as, say, Tame Impala). Apart from one or two moments of lyrical laziness, there’s a lot to love here, particularly the pleasant high banshee-like instrumental wail on “Gone Mad” and the beautiful falsetto of “Last Dance of the Flamingo.” Lush and likable, well-behaved but memorable, you’ll be glad to have this flamingo around.

(Full disclosure: My cousin Tim Gurnig plays guitar in this band. Although obviously I want to see him do well in music and life, I feel decently objective about this album, because I have a lot of other first cousins—somewhere north of forty, depending on your accounting method—so if you pick a random band in Chicagoland, there’s a decent statistical chance I’m related to someone in it. Heck, I might be related to you, dear reader.)