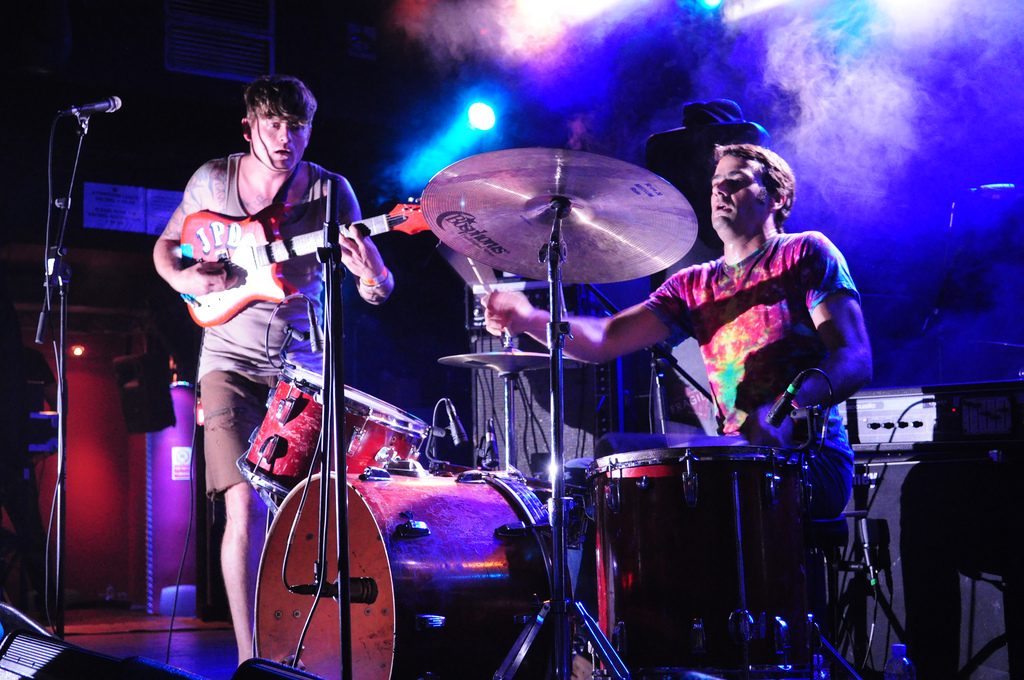 Full confession: I have never been to the Empty Bottle’s Music Frozen Dancing event (billed as “A Winter Block Party”). I can’t decide whether the concept is absolutely insane, or a brilliant piece of four-dimensional chess strategy: thinking seven moves ahead, and staking out a currently unoccupied bit of calendar for the years when global warming has turned our traditional music-festival months up to broiler-oven temps, leaving February as a warm reminder of what Chicago summers used to be.

Detroit’s ADULT. offers a sonic preview of what those years might sound like—a time, perhaps, when the heat has melted all of our brains into a fevered state of transcendental weirdness. Their music is colossally odd, as if NASA scientists put tunes from Bowie’s krautrock phase onto Voyager 2’s Golden Record and it was reinterpreted eons from now by space aliens who’d been listening to contextless transmissions from Earth in the meantime. It doesn’t sound like anything I’m currently listening to, and I can’t decide whether that’s good or bad, but damned if it isn’t interesting to hear something different.

If you’re looking for something more conventional, Brooklyn’s B Boys offer music much more in line with the modern day. The name makes them sound like a Beastie Boys tribute band, but they owe a lot more to this decade’s indie rock—on their album “Dada,” tracks like “1 2 Reminder” and “Energy” left me checking my phone to see if it had shuffled over to Parquet Courts’ “Sunbathing Animal.” Still, that’s not a bad thing; there’s an energy to it that should get you jumping and warm, especially if you follow the example of early-twenties me and drink until you can’t get cold.

As for the top of the bill, Oh Sees offer a more distinctive blend of rock: garage, but with everything but the kitchen sink thrown in, and littered with scraps of metal that are being repurposed to good use. And on the way to the garage, local act C.H.E.W. stands ready to serve its own distinctive and fascinating blend of electro-punk. If that isn’t enough to keep you warm, there will be award-winning chili outside. (And when you do venture inside, there’ll be music from DJ Taye.) All in all, a tempting combination that might be enough to lure me out, especially given the zero price tag. (I’m watching my kids that weekend, which is a possible excuse for avoidance—but the event’s Eventbrite page seems to have anticipated that objection by pointing out that it’s all-ages, so we can, in their words, “bring the kids and scar them for life.”) So when global warming has taken over—when Pitchfork attendees start assuming the by-then-hellish event was named after the devil’s chosen implement, and Lollapalooza starts resembling the Nazi-melting scene in “Raiders of the Lost Ark”—I’ll be able to hit up the by-then-balmy winter block party and offer the hordes of summer festival refugees the classic hipster commentary: “Man, I remember this event back when it was cool.”