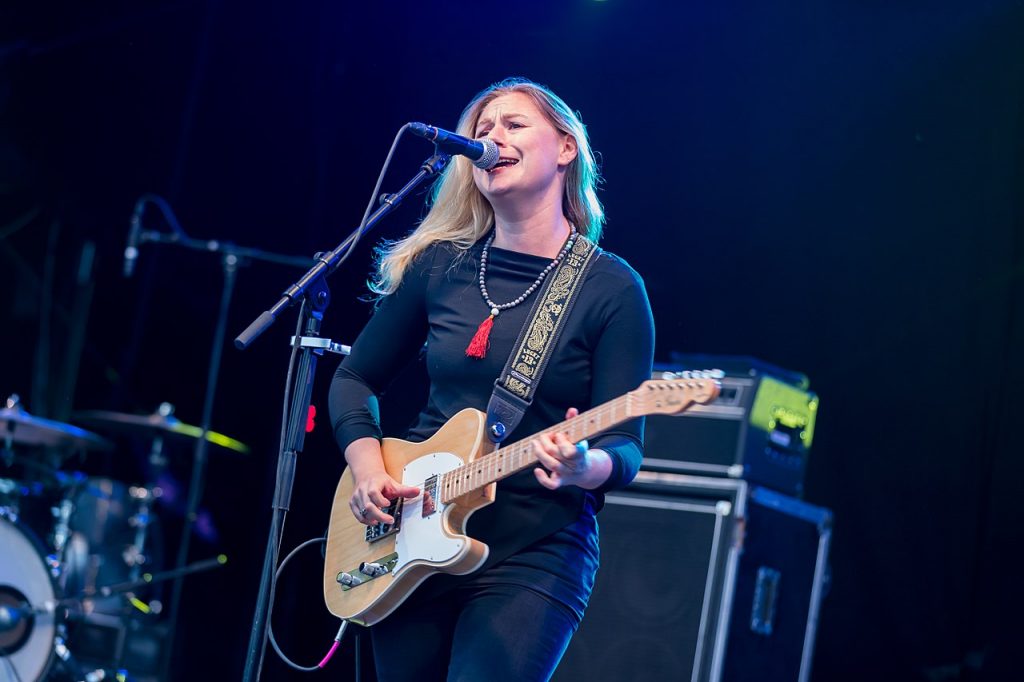 Chicago is justifiably renowned as a great blues town, and it’s a singular one. This is the city that professionalized the blues—expanding its lonely solo-or-duo wail into a full-band roar—and urbanized the sound by adding throbbing, crackling amplifiers. Almost any Chicagoan—even those who’ve never set foot in a blues club—can rattle off a list of our biggest blues legends: Muddy Waters, Buddy Guy, Bo Diddley, Howlin’ Wolf, Koko Taylor. We’re born with their names already lodged in our frontal lobes, a kind of highly localized race memory.

But residency isn’t race, which is the point under consideration. Or at least it has been since I commented, at a recent gathering, that March seemed more than usually abundant in serious, grade-A, sandblast-your-soul blues musicians, and offered up as examples Albert Cummings, Nick Moss and Joanne Shaw Taylor—only to have an acquaintance sniff in dismissal, “Carpetbaggers.”

I was surprised by the slur—directed, I instantly twigged, at the glaring whiteness of the trio—but in retrospect, I shouldn’t have been: a sensitivity to what we’ve come to call “cultural appropriation” has become a hallmark of the postmillennial era. In general I approve, but that’s because I’ve considered the term to refer to the wholesale adoption of ancient traditions by populations entirely unconnected to them—say, earnest suburbanites’ flirtation with sweat lodges, or the Gentile hipsters who go all-in for the Kabbalah.

But with roots in the late nineteenth century, the blues is a more recent phenomenon, and is a product not of cultural specificity but of cultural collision—that of disenfranchised Africans, freed from the yoke of slavery, who found themselves still rootless and hopeless in a country that couldn’t forgive them for being a living rebuke to its dream of manifest destiny. Singing and playing the blues was a means of transforming melancholy and despair into something communal—of providing both context and catharsis. Every performance is an offering, and the originators of the blues sang for any ears that would hear them. This includes all fellow sufferers; which surely means, all of us.

The genius of the blues has always been its simplicity, its form being as stringent as that of a haiku: twelve bars, over which three chords—tonic, fourth and fifth—play out in the same basic sequence every time (I-IV-I-I / IV-IV-I-I / V-IV-I-I). Once you’ve learned the form, you can make it your own. In fact, you can spend a lifetime making it your own.

This apparent paradox—freedom within restriction—can trigger intellectual consternation. I’ve never seen this expressed better than in this passage from Ian McEwan’s novel, “Saturday,” in which the protagonist, a successful, highly rational surgeon reflects on the career choice of his blues-musician son:

“… [I]s there a lifetime’s satisfaction in twelve bars of three obvious chords? Perhaps it’s one of those cases of a microcosm giving you the whole world. Like a Spode dinner plate. Or a single cell. Or, as Daisy says, like a Jane Austen novel. When player and listener together know the route so well, the pleasure is in the deviation, the unexpected turn against the grain. To see a world in a grain of sand.”

Granted, blues musicians have expanded their palette in recent decades—including the three I’ve spotlighted for March, all of whom are better known for so-called “blues rock,” which is basically guitar-driven rock ‘n’ roll with heavy blues influences (bent and “worried” notes, “shuffle” rhythm, and so on). But they still hew closely to the genre’s twelve-bar foundation.

Albert Cummings has shared a stage with both B. B. King and Buddy Guy, and walked away unscathed. But if there were lingering doubts as to his right to carry on their legacy, just have a listen to the way he attacks the hoariest blues-tune cliché of all: the opening line, “Woke up this morning / And found that you were gone.” It’s in “Where Did I Go Wrong” on his 2004 debut album, and he rips into it with such supercharged vigor that you wonder how this dude got to sleep in the first place. He hurtles past irony and right into universality: “I searched all over the house / And the only thing I found / Was a note that said you left me, baby / Girl I can’t believe you’re gone.” The elongated growl on that “can’t” is enough to make the hair on your wrists stand up, and also serves as another indication that this is someone who maybe isn’t going to take abandonment lying down. And when Cummings blazes into his absolutely demonic guitar solo, you understand that no matter how much a head start his ex might have—she can be on a plane halfway to India by now—if he hops on his goddamn axe at full sonic power, he can be at the arrivals gate in New Delhi to greet her with a “Baby, WTF?” Everyone in Cummings’ band is capable of equally dervish-like intensity—as they amply show on their new release, “Live at the ’62 Center”—and for a blues neophyte, they’re an outstanding example of how the genre can make feeling bad feel so very, very good.

Nick Moss has the kind of imposing presence that makes me want to suggest to anyone accusing him of inauthenticity, “You go and tell him he’s a carpetbagger.” His sheer physicality, as much as his guitar prowess, allows him to lead from behind while still maintaining absolute dominance over his band (whose vocals are largely handled by the tremendously evocative Michael Ledbetter). In the video for “Fare Thee Well,” his guitar playing manages to be both supernaturally fleet and preternaturally chill; he opens the tune with wide, encompassing, liquid chords that he reshapes with just a flick of his wrist; and when he gets to his solo, he’s no less athletic than his colleagues, but with a greater show of grace and finesse. If you don’t think the knockabout, down-and-dirty blues can be elegant, you haven’t listened to Moss. He should be in exemplary form at FitzGerald’s this month, given that the gig is a CD release show for his new release, “From the Root to the Fruit.”

Joanne Shaw Taylor is an outlier in that she’s British—removing her from the blues’ fermenting ground geographically (but not culturally, given the constant cross-pollination of musical influences across the Atlantic since at least the 1950s). But it’s abundantly evident she’s got the genuine, hardscrabble, low-down blues bonded to her DNA. When she covers Frankie Miller’s “Jealousy” (whose structure is teasingly close to the twelve-bar form), her face-melting fretwork is incontestably virtuoso; but it’s her voice—a gorgeously jagged contralto that sounds like concrete eroding into rubble before your eyes—that conveys the harrowing, exalting duality of the blues. “Jealousy / It’s thick as mud / It’s in my veins / It’s in my blood / And jealousy / It’s plain to see / That I love you more / Than you love me.” Her rendering of those final two measures is like a serrated blade through cheesecloth.

That’s the blues. No appropriation; just association, of the most brutal and beautiful kind.