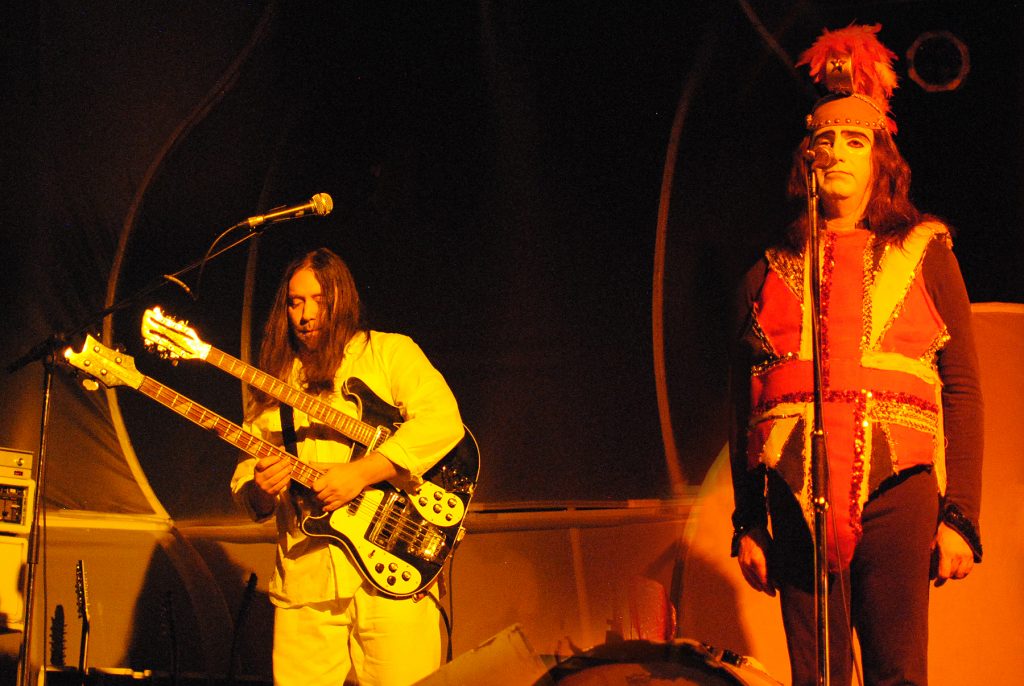 Over the course of its existence, the band Genesis went through multiple distinct musical phases. The most well-known encompassed the MTV era, a period during which the band scored several hit singles, and its frontman, drummer Phil Collins, embarked on a massively successful concurrent solo career.

But from a critical perspective, the band’s earlier guise comes in for greater praise. Fronted by Peter Gabriel, early Genesis was an ambitious and supremely quirky art-rock/progressive band. On albums like the classic “Selling England by the Pound” (1973), Genesis indulged in long-form instrumental flights of fancy that managed to be both ambitious and highly tuneful. And thanks to Gabriel’s penchant for wild costumes and his endearingly idiosyncratic onstage demeanor, the band was visually arresting as well. By 1975, the early lineup began to splinter. The hit period would ensue, but a certain spark was lost forever.

Formed in 1993, The Musical Box presents touring versions of Genesis’ 1971 to 1976 catalog, often duplicating set lists from tours in support of the band’s albums of that era, including “Nursery Cryme” (1971) and 1972’s “Foxtrot.” The Musical Box has gone so far as to recreate  props from vintage-era Genesis, all in service of concocting the most faithful recreation of an early 1970s concert.

Authentically recreating a Genesis concert circa the early 1970s, the group is careful, whenever possible, to use period-correct instruments and effects rather than modern-day digital facsimiles. Drummer Marc Laflamme even wears overalls like Collins used to! And vocalist Denis Gagné is uncanny in his conjuring of the ghost of the still very much alive Peter Gabriel. Longtime Genesis guitarist Steve Hackett counts himself among a fan of the Musical Box, and that’s as solid an endorsement as one could hope for.

The first of two nights will feature the “Black Show,” a recreation of Genesis’ limited-engagement 1974 U.S. tour, in which the group focused on improvisation. The second St. Charles date will feature a set built around “Selling England by the Pound,” showcasing fan favorites like “I Know What I Like (in Your Wardrobe),” and the heart-rending set closer (originally featuring an early Phil Collins vocal), “More Fool Me.” Both nights will include an encore set drawing material from Genesis’ final album with Peter Gabriel, the ambitious conceptual work “The Lamb Lies Down on Broadway.”