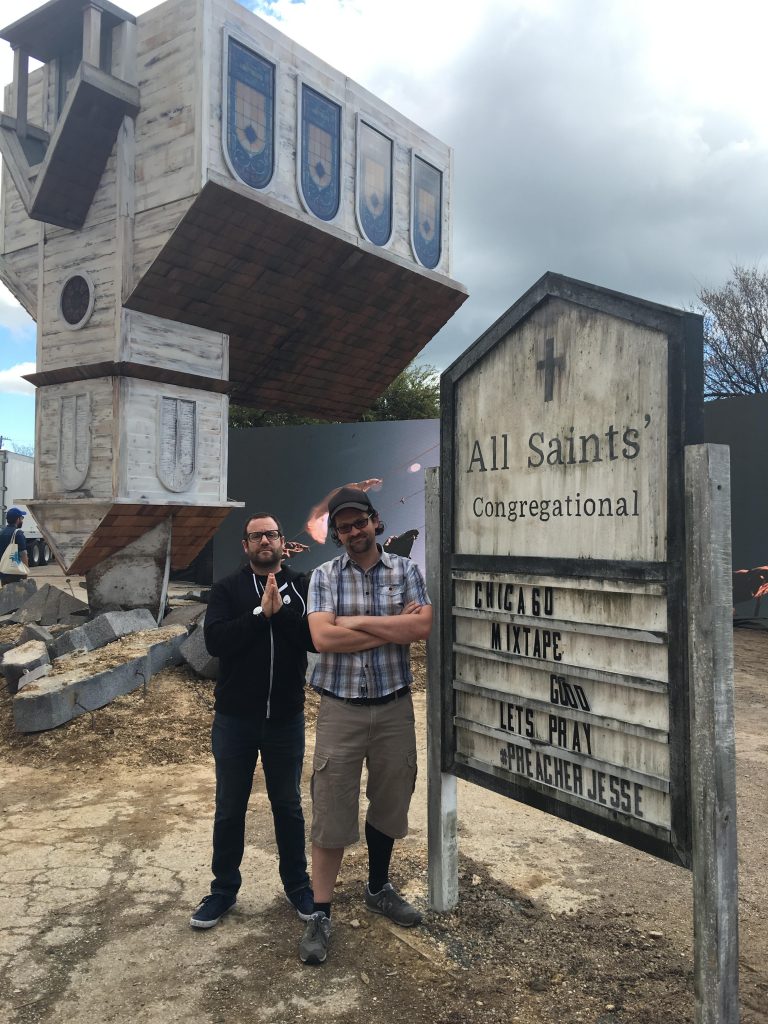 Two years ago, Chicago Mixtape ceased regular operations. Since its founding in early 2011, the website had directly emailed subscribers a free “mixtape” each week in the form of a zip file of MP3s. The playlists featured tracks from artists—mainly local acts, but some national—who would be playing in and around Chicago that week. It functioned as an audio sampling of the concert previews section you would have found on a blog or in an alt-weekly. By the time Chicago Mixtape went off the air in March 2016, it had issued more than 250 such mixtapes.

This past Valentine’s Day, seven years to the day since the project started, Chicago Mixtape returned from its hiatus with a new look, a Spotify-based format, and a new goal: to expand to other cities. Despite hitting 20,000 subscribers at its peak, the project remains a small operation with no current means of generating revenue. Three people handle everything from band outreach, permissions, web and graphic design and, importantly, mixtape curation. I caught up with founder Casey Meehan—a marketing professional by day—to discuss the project’s hiatus, its return and the importance of curated playlists in the age of streaming and Spotify.

Chicago Mixtape used to send subscribers MP3s directly. Why switch to streaming?
Originally, we would send these zip files with MP3s. It was a big deal at the time. Everybody thought, “Wow! Here I’m getting something in my email that’s actually of value!” But that was seven years ago and that was how people listened to music back then. Our current format is more listener-friendly, and the listeners love the fact that it’s on Spotify.

What led to the project’s nearly two-year hiatus?
We were figuring out how to stream music. We started experimenting with a streaming capability where we would take all our songs for the week and turn them into a mini-podcast you could stream on our site. But that didn’t work. There were technical difficulties, and you couldn’t always figure out which artist or song you were listening to. That was a hacked kind of streaming. Then we built a complex web app that relied on [the open streaming platform] Soundcloud, but Soundcloud kept changing their format. We didn’t feel like we could be on solid ground with them.

Was the intention always to bring the Mixtape back? Or did you think of calling it quits?
There were moments of darkness during the hiatus, I will say, where I wasn’t quite sure if this project would see the light of day again. But then [mixtape curator] Billy Ocean twisted my arm and told me Spotify was the way to go. I had reservations. My favorite part of the project has been to feature local bands that really need the exposure, not necessarily bands who have already broken through. But Billy proved to me that those smaller bands were all on Spotify now, or most of them were, unless they had some understandable problems with Spotify.

Did you have any other reservations about using Spotify instead of Soundcloud or another streaming service?
It was a tough trade-off. We all play music and we know that Spotify isn’t the best thing for musicians. But getting the music out there is our biggest goal. A lot of people listen to Spotify and there isn’t a lot we can do to change that. If we had our druthers, teachers and musicians would be amongst the highest-paid people in the country.

Have you seen an uptick in listens?
It’s amazing. People are listening to the mixtape a lot more. We’re still in the early stages of this new format, but the response has been very positive. Having it on Spotify, right at your fingertips, has allowed people to access it easily. It’s been working to our expectations—if not beyond.

Have you ever encountered challenges distributing music with Chicago Mixtape?
We were getting individual permission from artists when we were sending out MP3s. That was very time-consuming. Spotify has helped a lot with that. When you have a song on Spotify, the terms are already clear. Artists with songs on Spotify agree to have their songs shared in other playlists. That’s really opened it up to a lot of different acts. Before, we weren’t always able to get in touch with the right person, especially when it came to getting permission from larger acts. Sometimes, we’d hear back from a large band only after they had passed through town, saying, “I wish we would have known about this!” It was hard to connect with some of those folks. But now that it’s all on Spotify, it’s really opened us up to putting out mixtapes that are really the best music we can offer.

The rise of Spotify streamlined a lot of distribution issues for you. But has the massive popularity of Spotify, and the instant access that it grants to vast amounts of music, ever made you feel like Chicago Mixtape was irrelevant? In a world of playlists, what’s the value of curating a mixtape of Chicago music?
I don’t see anybody doing it, or doing it well, which has been surprising to me. Curating a playlist week in and week out is a lot harder than people would imagine it is. Over the years, I’ve interviewed a dozen people or so to be mixtape curators, especially as we have wanted to expand to other cities. But a lot of the time, people who want to make mixtapes like this will focus too much on their friend group, and that might not be the best for the listener. I think it’s tough to curate music on this level, to look at a mash of a hundred bands and artists and try to figure out which of these make the cut. We look for interesting sounds, but we want it to be good, too.

Do you try to keep up with other playlists on Spotify, like the automatically generated playlists tailored to listeners’ tastes?
There’s some sweet playlists on Spotify. The automated ones are slowly getting better. They were basically terrible up until six months ago. Before, the algorithm was like, “Oh, so you like the Dead Milkmen? Maybe you’ll like this Justin Bieber song.” It was shockingly terrible for a long time. But if a robot can do a backflip, maybe it’ll be able to make a playlist one day, too.

Have you gotten feedback from listeners saying that Chicago Mixtape has gotten them to go to shows?
Absolutely. Almost every day we get an email that says something like that. And we’ve gotten feedback from the artists as well. I love finding an artist who’s only had ten plays, fifty plays, and putting them on a mixtape where I know we’re going to dramatically expand the number of plays they’re gonna get. It’s those emerging artists who can really feel the effects. They’ll email us to say a bunch of people they didn’t know showed up to their show thanks to a mixtape. It can be very hard sometimes for a band to break out of their group of friends.

Right. That can be a challenge.
There are a lot of artists here who deserve a much wider reach and a better audience. Bu there’s a ton of great stuff out there. Joe Strummer [of The Clash] talked about when he was a squatter in London, and he would walk around and there would be all these vacant houses. But then there were all these people on the streets. And Strummer wondered, “Why can’t the people living on the streets live in these houses?” I felt the same way about music. If you ask nearly anybody in Chicago, they’ll say that one of their favorite things is live music. And yet, how often do they go to see the local bands around town? It’s not that often. There might be an awesome band practicing next door, and they’ll never hear about them! I love that Joe Strummer philosophy. Let’s connect the music lovers with the music.

Chicago Mixtape’s most recent offerings are accessible via its website.