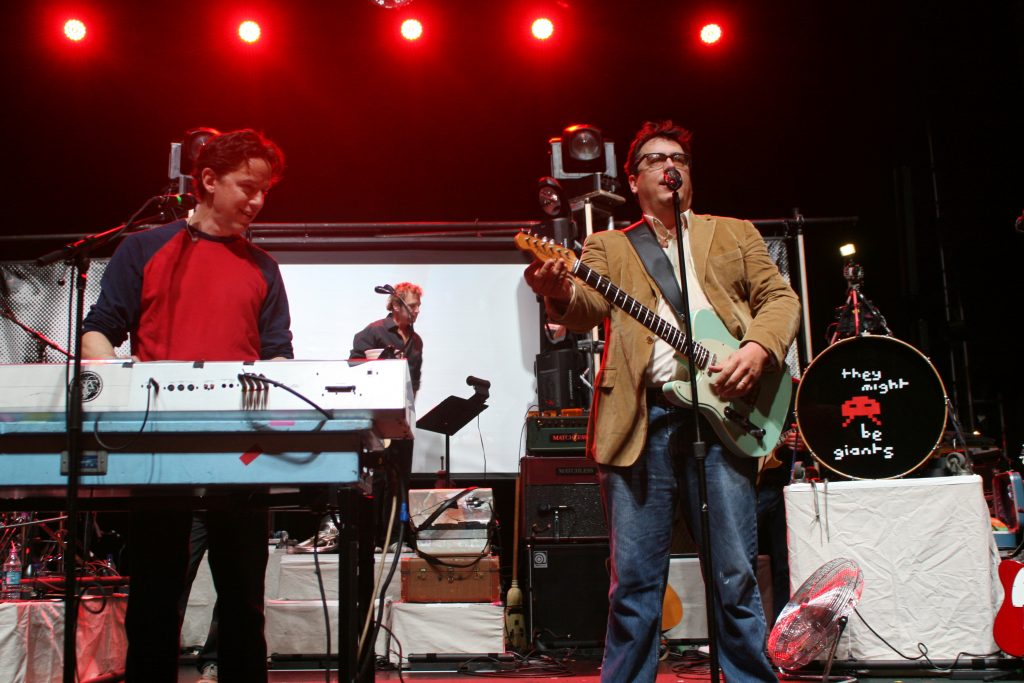 It’s challenging to create music that’s rocking, funny and sophisticated. And it’s an even more daunting challenge to achieve any kind of commercial success when doing it. But Brooklyn-based They Might Be Giants has spent the better part of three decades being the exception to those rules.

The group—originally just the duo of John Linnell and John Flansburgh, but these days a full band—got its start in the early 1980s, scoring its first hit (“Ana Ng”) in 1988. TMBG broke through in a bigger way with its third album, 1990’s “Flood.” That release included what would become two of the band’s most well-known tunes, “Birdhouse in Your Soul” and “Istanbul.”

They Might Be Giants made an even deeper impression on pop culture in 2001, when their song “Boss of Me” became the theme song for the popular sitcom “Malcolm in the Middle.” The band’s alter ego as a kid-friendly act got a boost with the release of a string of youth-focused albums, including “Here Come the ABCs” and “Here Comes Science.” 2008’s “Here Come the 123s” won a Grammy for Best Musical Album for Children.

But TMBG has never forsaken its grown-up audience. Embracing early the modern paradigm of direct interaction with a fan base, They Might Be Giants began its “Dial-a-Song” project way back in 1985, and reactivated it in the twenty-first century. TMBG’s 2016 album “Phone Power” drew songs from the project, and was sold using the “pay what you want” model previously used to good effect by Radiohead for “In Rainbows.”

This January, They Might Be Giants released “I Like Fun,” the band’s twentieth album. Though the group’s sound has changed over the years, “I Like Fun” is a grittier, more intentionally lo-fi collection that effectively roughs up the band’s smooth and shiny approach, creating appeal to both to fans of the band’s witty lyricism and those who want a steady dose of rock in their musical diet.

The band’s current tour in support of “I Like Fun” and its singles, “I Left My Body” and “Last Wave,” features trumpeter Curt Ramm. After what he calls years of “glossing over the fact that the trumpet isn’t there” when playing live versions of popular tracks like “Istanbul,” Flansburgh says that with Ramm, “we’ll be able to do some real audience favorites much more precisely.”