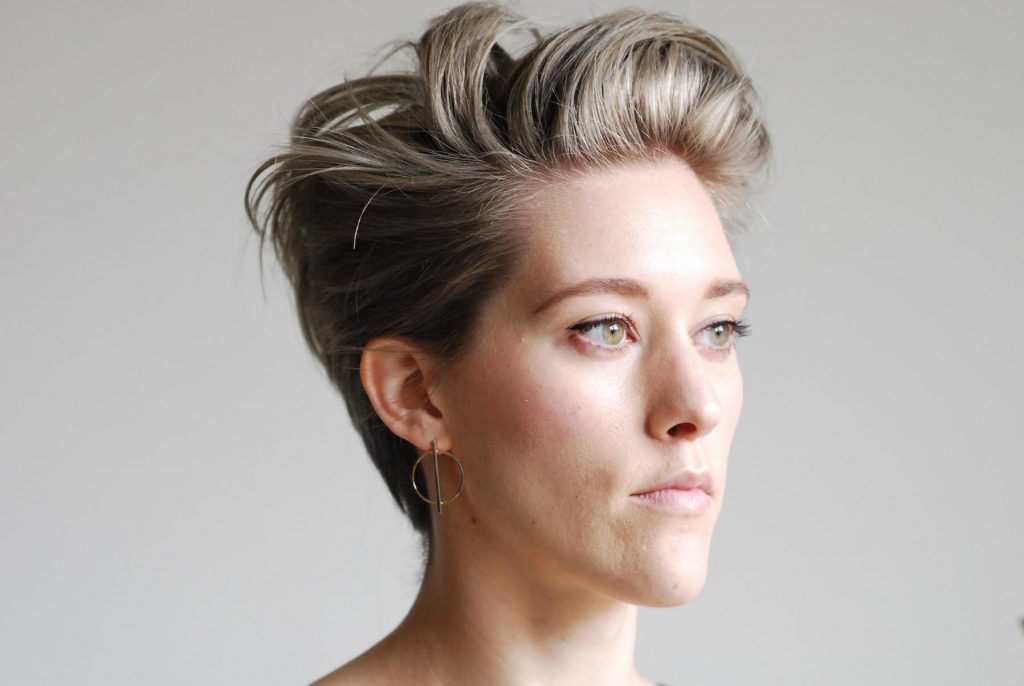 Humans are marvelously contradictory creatures. On one hand we’re wildly creative, while on the other we can’t stand the notion that something could be created that couldn’t be labeled, identified and thoroughly understood. Take the Bible: instead of just kicking back and enjoying his newly created paradise, the first thing Adam does is go around giving everything a name. It’s like he can’t rest until he’s thoroughly reduced the garden to a collection of finite, carefully defined, named things.

In our own realm, I used to teach a composition student who was obsessed with defining everything he wrote. He would come in with a piano piece and I’d play through it with him and he would get frustrated if he didn’t know exactly what a chord he had written was called. But he was fond of atonal harmonies, so most of the time I would just make up a name to satisfy him. “Oh that?  That’s an A#9sus13.” No such chord exists; I mean how do you suspend a 13? But he would instantly relax his shoulders and become visibly calm, secure in the knowledge that what he wrote was a thing and it had a name.

This tendency to reduce things to understandable bites is largely useful, but it can hamper creativity, too. I’d be comfortable not defining anything. It would solve an enormous number of philosophical issues at once, like the whole problem of universals. Then again, how would you order a gluten-free crust on your pizza? How would you even order a pizza?

At any rate, the problem with over-defining things is that it limits them. If you experience a Beethoven symphony as a pure, joyful mass of sound, then it’s an overwhelming, wonderful experience. If you jadedly say, “Ludwig’s Fifth? Yeah, I know that,” then you’ve reduced the symphony and are no longer experiencing it on the level that it deserves.

I think about these things a lot because I’m a creative person and because I’m in the business of trying to get people to go out and experience events I produce and write about. But everyone wants to know what they’re going to see before they go. They need to know, is it jazz? Modern classical? Shoe-gazing minimalist emo? What is it?

It’s getting harder and harder for those of us who produce concerts and festivals to deal with this, because if you have a success, then people build an image in their minds of what it is, and they come to expect that every year. How then to run a recurring event that keeps creativity front and center?

Singer and producer Lucy Dhegrae has found an answer to this question in her Resonant Bodies Festival, a fest of experimental vocal music that has done well in New York and now comes to Chicago. Lucy chooses a handful of wildly creative vocalists and gives them complete freedom, so creativity is baked into the model. “The chance for a vocalist to choose their own program is actually pretty rare,” she says. “Often we are hired on a one- or two-piece basis per concert—such is the freelancer’s life. So in Resonant Bodies, I find that our artists give really compelling, energetic, dedicated performances. They’ve given them a lot of thought because it’s a special space to perform in: it’s all about vocal music, and we want to get a sense of who this artist is right now—or—where they’re headed artistically.”

This is a novel idea for a music festival, the formats of which often exist to show off the curatorial expertise of their directors. So when Resonant Bodies comes to Chicago, it’s not really coming to Chicago; it’s more a framing device for what’s already here. “I know of so many vocalists in Chicago who are doing interesting work, and rather than bring them all to New York City, we wanted to come to Chicago and celebrate them in their hometown. There aren’t too many cities in the United States where there’s such a high concentration of vocalists in one place; but when there is one, such as in Chicago, we want to do a festival there!”

So what will happen when these creative singers are given total freedom? One highlight will be a piece by Jenna Lyle on opening night, inspired by the work of that late abstract expressionist sculptor Louise Nevelson. Lyle, whose work often incorporates movement and physicality, here works with the Sonic Fabric garment (invented and designed by Alyce Santoro and Scarlet Le), analogue electronics, and live video projection to make a three-part work exploring the aural properties of textiles.

Also performing the first night is the wonderfully diverse soprano Nina Dante, whose contributions include a piece she wrote especially for the festival, and Renaissance man Alejandro Acierto performing two of his new works. The second night features Tony Arnold working with International Contemporary Ensemble on an orchestrated version of Olivier Messiaen’s “Songs of Earth and Sky,” which is not to be missed, and Amanda DeBoer Bartlett’s collaboration with fellow members of Ensemble Dal Niente.

The festival will close with a showstopper: Pamela Z singing an eclectic mix of her own works for live electronics and voice, and arrangements of pieces by iconic artists Björk and Meredith Monk.

All of these great concerts are by artists living and working in, or with deep ties to, Chicago; but you won’t see them all in one place anywhere else and, with the deep pool of talent in Chicago, this is a model for a festival that could return year after year and never become predictable. Yeah, so Adam and my former composition student would hate it, but, as the adventurous person you are, I know that you’ll love it.