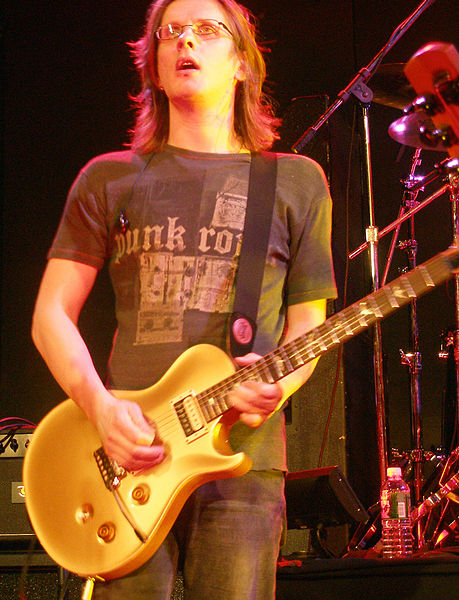 Steven Wilson is rock’s twenty-first-century renaissance man. The London-born guitarist began his recording career at age fifteen, making home tapes using a multitrack recorder custom-built by his father. Though he doesn’t consider himself a workaholic, Wilson’s output has been nothing short of prodigious. His ambient-drone project Bass Communion has released eleven albums since 1998.

If all that weren’t enough, Wilson has guested on other artist’s releases, handled production and/or mixing duties for Anathema, Opeth, Marillion and other progressive artists. An in-demand remix producer, Wilson is extensively involved in deluxe 5.1 remasters of the back catalog of rock legends including Jethro Tull, King Crimson, Gentle Giant, ELP, Caravan, Genesis, Hawkwind, XTC and Yes.

Still, among all of those activities, Steven Wilson has created and sustained a fascinating solo career. Beginning with 2009’s “Insurgentes,” he has created five distinctly different albums (not to mention three EPs, four compilations and two live albums). The Raven That Refused to Sing” (2013) was an homage to Wilson’s prog heroes, while “Hand. Cannot. Erase.” showcased a concept album-song cycle. His most recent release, 2017’s “To the Bone,” finds the preternaturally industrious Wilson channeling his creativity in a classic pop connection. His current live tour promises to draw from across his solo work, and he’s known to drop a classic Porcupine Tree tune into the set as well.

Despite his massive output and sterling reputation in the prog and rock world, Steven Wilson still remains just outside the view of the larger masses. Taking into consideration the fact that most everything Wilson sets out to do is an unqualified success, it’s advisable to see him now before that inevitable breakthrough.