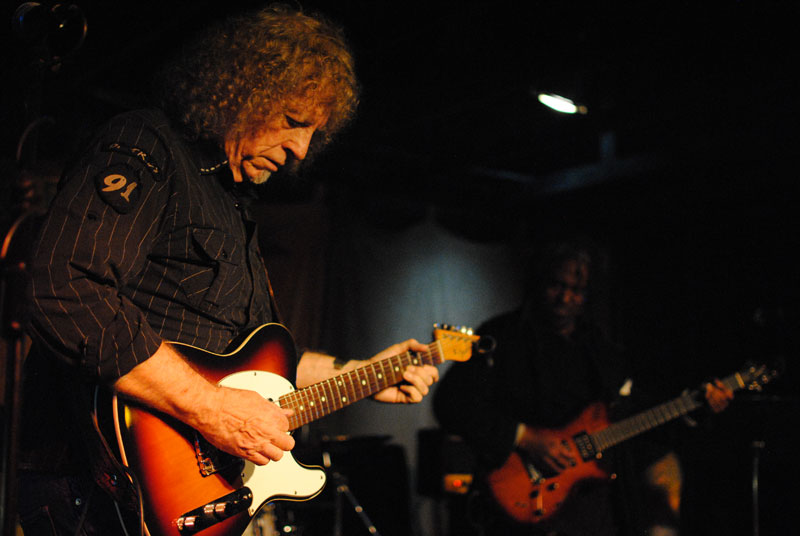 Frank Zappa released over sixty albums in his lifetime, and left behind a cache of recordings that have been trickling out ever since. The iconoclastic guitarist-composer’s body of work is intimidating in both its variety and complexity. For every off-kilter semi-hit (“Valley Girl,” “Don’t Eat the Yellow Snow,” “Dancin’ Fool”), Zappa released dozens of intricate, knotty works that demand much of the listener. And his often-scatological and transgressive lyrical bent meant that much of his music—even the most accessible offerings—would be beyond the interest of most listeners. Yet he remains one of the most important composers of the twentieth century.

Zappa died of cancer in 1993, but made a point of instructing close friends and associates to continue playing his music. And they have: though his son Dweezil Zappa is an accomplished guitarist and songwriter in his own right, he focuses on playing the music of his father (despite legal challenges from two of his estranged siblings). And other groups around the world have taken on the imposing challenge of learning and playing Zappa’s music.

At the forefront of that rarefied pack of musicians is Project/Object, a tribute band led by American guitarist-synthesist André Cholmondeley. That P/O can play astoundingly complex works like “The Black Page” and “Echidna’s Arf (Of You)” is remarkable enough. What makes Cholmondeley’s group special is that a number of former Frank Zappa associates work with Project/Object, appearing onstage with Cholmondeley as featured or guest performers.

Napoleon Murphy Brock (saxophone and vocals) played with Zappa for an extended period in the 1970s. His work is prominently featured on “Apostrophe,” “Roxy & Elsewhere,” “One Size Fits All” and “Bongo Fury,” and he was a longtime member of Zappa’s touring band. Guitarist Denny Walley played on eleven albums released during Zappa’s lifetime, including all three acts of “Joe’s Garage.” Both men are frequent associates of Cholmondeley as well, and both are touring with Project/Object on the band’s 2018 live dates.

Project/Object is notable for the faithful manner in which it performs dauntingly difficult material from Zappa’s catalog, but the musicians take full advantage of opportunities to improvise and color the work with their own personalities, and they exploit the potential for humor that’s baked into Zappa’s music (even the instrumental pieces). Frank Zappa’s favorite classical composer was Edgard Varèse, and it’s that French legend’s famous quote that ultimately speaks to the enduring appeal of Zappa’s own work in the form of bands like Project/Object. In the words of Varèse, “The present-day composer refuses to die!”