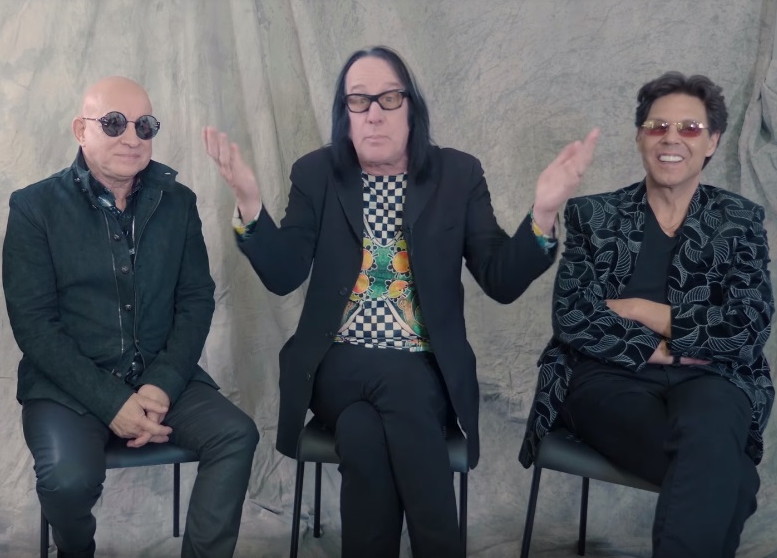 Todd Rundgren had a successful solo music career before he launched Utopia in the early 1970s. Originally conceived as Rundgren’s answer to the progressive and fusion movements as well as an outlet for his guitar playing, Utopia began as an ambitious project making use of multiple—sometimes as many as three—keyboardists. The group’s self-titled debut album included a side-long epic, “The Ikon,” that ran in excess of thirty minutes.

As time went on, attrition and a refocusing of the band’s mission resulted in a four-piece group. With Rundgren on guitar, the band included bassist Kasim Sulton, drummer Willie Wilcox and former ARP Synthesizers developer Roger Powell on keyboards. The quartet’s first album, “Ra,” found Utopia moving toward more conventional songs, but still included a concept suite, “Singring and the Glass Guitar (An Electrified Fairy Tale).”

Subsequent albums moved farther from the prog concept, fully embracing power pop and new wave. While Utopia scored a hit single with “Set Me Free” from their 1979 release “Adventures in Utopia, the band never made significant commercial inroads. All four members wrote and sang lead, and in many ways Utopia was a democratic project. But the band’s label, Bearsville, was at best reluctant to provide much in the way of support, and excellent albums withered on the vine.

Missteps like the Beatles’ tribute/pastiche “Deface the Music” didn’t help the band’s commercial standing, although hardcore fans—those already accustomed to Rundgren’s solo career with its frequent stylistic detours—appreciated it. Once Utopia’s contract with Bearsville ran out (the label’s execs had always hoped Todd would give up on the band and focus on his solo work), Utopia released a few more albums on smaller labels.

Those, too, were excellent. One yielded the MTV hit “Feet Don’t Fail Me Now.”

And despite Utopia’s middling record sales, by the mid-eighties the band had established itself as a formidable live act. Still, after internal disagreements over direction, the band split up around 1986. Utopia regrouped for a few live dates in Japan in the 1990s, but fans had come to accept that the band would never reunite.

So it was unexpected in March 2018 when Rundgren, Sulton and Wilcox announced a reunion tour. Roger Powell had decided he wasn’t up for the rigors of touring, so the keyboard work was to be handled by early (progressive-era) Utopia member Ralph Schuckett. But as soon as he was in, he was out, with little-known (but highly virtuosic) synthesist Gil Assayas taking his place two weeks before the tour began.

Playing a set that touches on most all of the group’s albums—including the dauntingly difficult and complex early works—Utopia has proven that there’s life left in the band’s concept. No additional dates are planned after the current run, and by most accounts there won’t be any new material. Fans who appreciate the rock-quartet side of Todd Rundgren’s work are advised to catch the briefly-reunited band while they can.