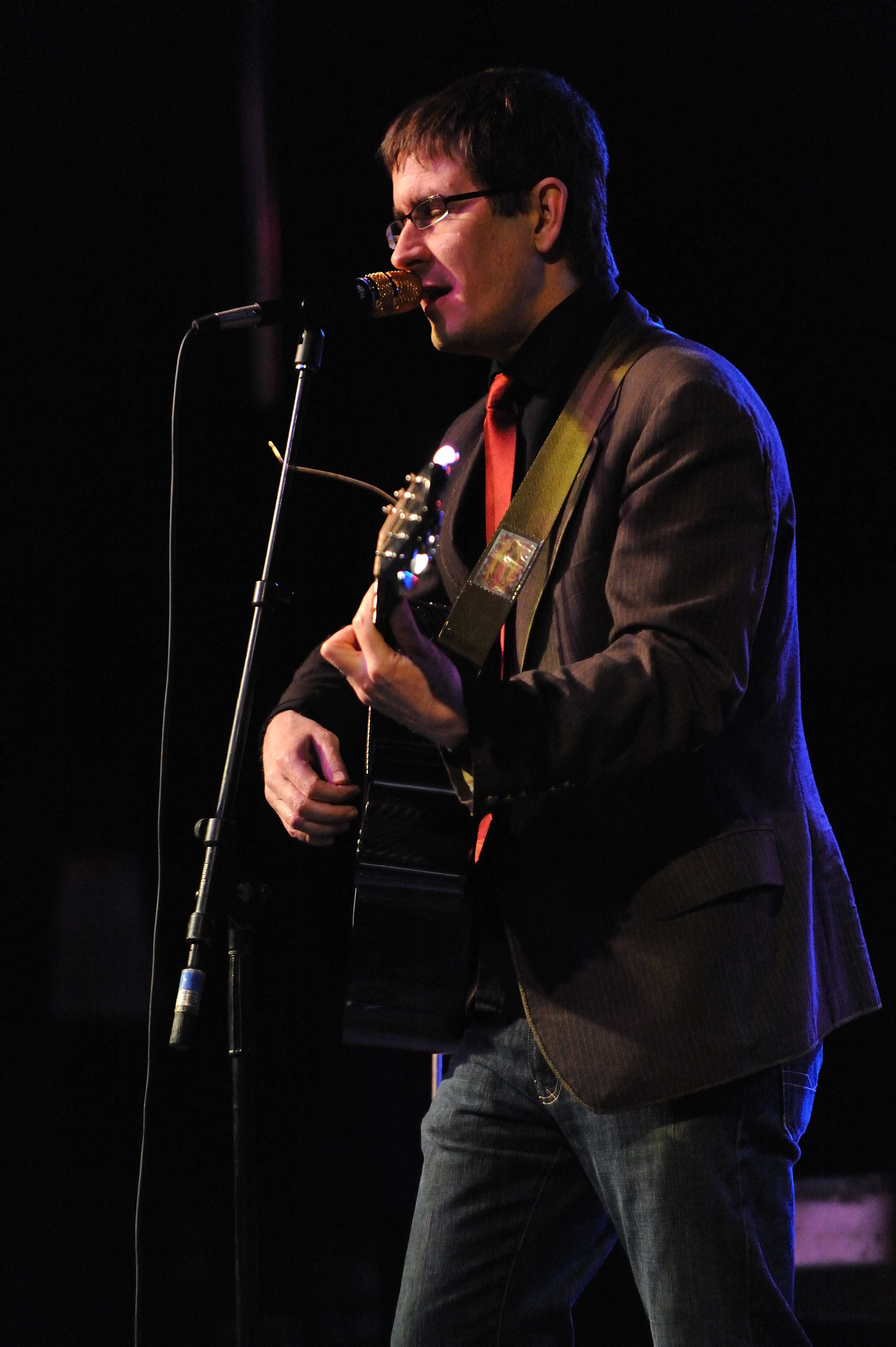 For the uninitiated, it should be made clear that The Mountain Goats was begun as a solo recording project of singer-songwriter John Darnielle—and that although today when you hear or see the touring version of this music, there may be a musical ensemble, these songs as originally written were all Darnielle’s writing and singing, and in the case of this record, were recorded into a boombox in a basement while he was living in Iowa and his wife was away at hockey camp.

At first glance, The Mountain Goats discography is intimidating, comprising sixteen full-lengths, beginning in 1994 with “Zopilote Machine” through 2017’s “Goths.” It’s hard to know where to start, and there are almost as many great entry points into the music as there are great albums from Darnielle. I first heard The Mountain Goats on Elise Nordling’s Indie Pop Rocks! channel of SomaFM out of San Francisco upon the release of 2008’s “Heretic Pride,” including the tracks “Lovecraft In Brooklyn,” “How To Embrace a Swamp Creature” and “Michael Myers Resplendent,” all of which embrace a dark underbelly through a stripped-down acoustic approach and passionately punk-like delivery. (The same can be said of most Mountain Goats albums.)

My son’s entry point was different. Luke remembers hearing Darnielle interviewed on an NPR radio show while we were driving somewhere, and the host playing “No Children” from 2002’s “Tallahassee.” He says now he thought that was a “cool-sounding song” so he acquired the album and listened to it from beginning to end. When exactly that was, I’m not sure, but it was definitely following the dissolution of his parents’ marriage. It’s hard not to hear the album’s song cycle about a married couple’s bitter divorce as being relevant to our breakup. (Sample lyric, from “No Children”: “And I hope when you think of me years down the line / You can’t find one good thing to say / And I’d hope that if I found the strength to walk out / You’d stay the hell out of my way.”) He says now that Darnielle’s “crisp and clear” vocals caught his ear, being easier to understand than the mumbled vocals of bands like Nirvana that his parents listened to when he was growing up. (Luke was born in 2000 and has just turned eighteen, but I don’t think he’s referencing Nirvana just to make me feel old.) After acquiring 2005’s “The Sunset Tree,” he backtracked to 2002 and added “All Hail West Texas” to his collection.

It’s ironic that Luke abandoned a plan to visit his friend Sam in Utah over spring break, and improvised a closer-to-home road trip to Milwaukee, because “The Mess Inside” details a series of road trips (beginning with Utah) designed to try to keep a couple together by fighting “the creeping sense of dread with temporal things.” With the chorus of “I wanted you to love me like you used to do,” and the repeated mantra that “you cannot run and you cannot hide / from the wreck we’ve made of our house / and the mess inside,” it’s at once the most moving and most depressing moment on the album. I played the track for my current wife (she loves it when I call her that) late on a recent Sunday night, and she agreed it was a depressing song and it simultaneously inspired our cat to vomit.

Darnielle calls what he does “improv-tragedy” at one point during this first season of the podcast, devoted to “All Hail West Texas,” but throughout the recordings, mostly done on a mattress in his basement in North Carolina, there are thoughts about Danish heavy metal band Mercyful Fate, Chaucer, Jackson Browne, comic books, the value of silence, the train routes from Bangkok and the mind-numbing seminars reviewing nursing procedures for Lutheran Social Services in Iowa (which is the milieu in which Darnielle wrote this particular record).

The major takeaway from almost nine-and-a-half hours across thirteen episodes of Joseph Fink and John Darnielle of The Mountain Goats talking about music and life in general, is how erudite, well-rounded and rarely at a loss for words Darnielle is. This isn’t a collection of press-junket interviews to promote his most recent recordings. It’s a Mariana Trench-type deep dive into a record that’s sixteen years old, and Darnielle has traded some modesty about his legacy to discuss these songs in depth. Only one song on this record was over four minutes in its original form, but each episode of “I Only Listen to the Mountain Goats” averages forty-five minutes.

A significant component of this podcast shouldn’t be overlooked: each song featured includes another version recorded by another artist, and there are interviews with that artist or group detailing the reasoning behind that selection and their interpretation. These covers are being released by Merge as a double album (one on pink vinyl, one blue, inspired by the song “Pink and Blue”), including contributions from Andrew Bird, Dessa, Carrie Elkin, Craig Finn, Laura Jane Grace, Ibibio Sound Machine, Amanda Palmer, Eliza Rickman and Jherek Bischoff.

Grace, the lead singer of Against Me!, may provide the most faithful version of one of Darnielle’s compositions, but it is wholly authentic as an ode to the basement death-metal tributes of our teenage years, and rephrases the key couplet: “When you punish a person for dreaming their dream / Don’t expect them to thank or forgive you.”

The other versions all have unique charms, and most are radical reinterpretations—to the credit of both the original versions and the new interpreters—adding new instrumentation, harmonies and in some cases, tasteful strings.

The final episode of the podcast’s first season—presumably devoted to track fourteen, “Absolute Lithops Effect,” since all the episodes have been released in the sequence order of “All Hail West Texas”—has yet to be released. Will it be recorded live on May 30 at Thalia Hall in Pilsen, or will that live podcast be some attempt to cover the overarching theme of the album, or why Darnielle’s albums all have overarching themes, or at least concepts that bind the tracks together?

Or will Darnielle address how he’s reined in his approach from the breathless, word-crammed approach of his earlier releases to the more mellow delivery of his more recent output? As Luke puts it, Darnielle’s delivery is almost “exhaustive respiratorily, until your lungs are crushed from not being able to say any more words.” He also says Darnielle’s compositions are like “a word sandwich where the guitar parts are these two very thin slices of rye bread and the vocals are three feet or twenty pounds of pastrami in the middle.”