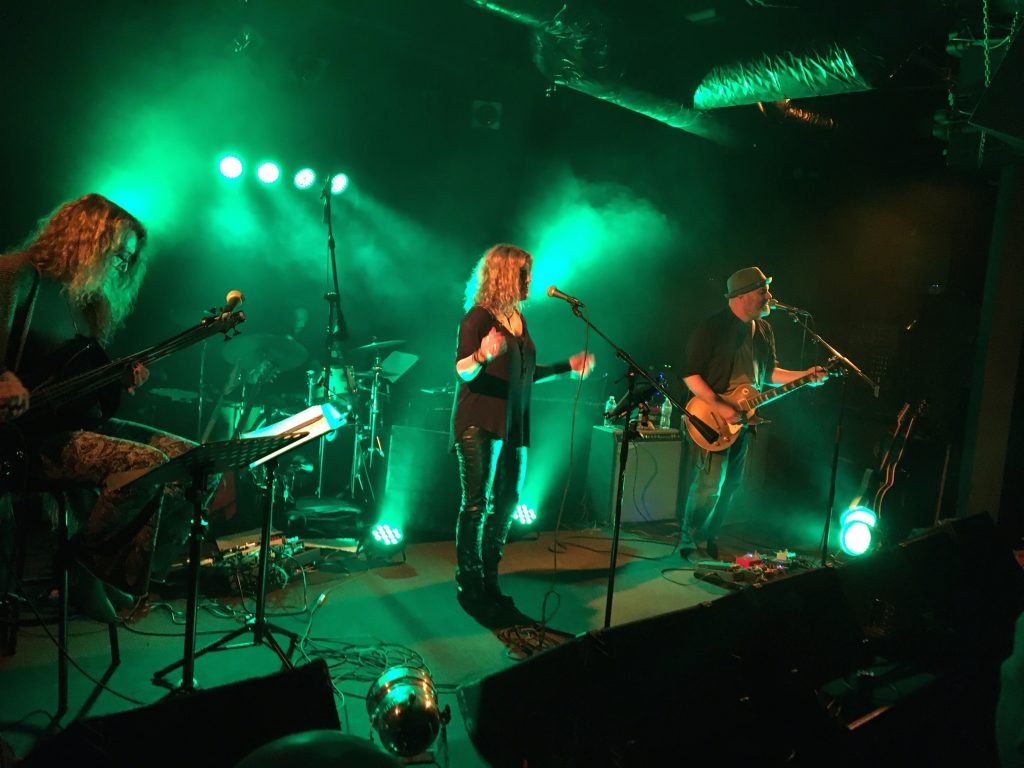 These are tough times for bands. It’s increasingly difficult to get people to come out to hear original music; and yet there’s something kind of déclassé—even camp—about tribute bands that keeps them from serious consideration. While audiences seem wary about risking an evening on the unproven new material of even the most established ensemble, they seem even more averse to paying a hefty cover to hear a ragtag collection of R.E.M. and Prince’s greatest hits.

With that in mind, the strategy adopted by the band Great Moments in Vinyl is ingenious: it doesn’t cover songs—it covers albums. If there’s a point on which otherwise contentious music critics agree, it’s that the classic LPs of the past six decades aren’t just happenstance collections of successful songs, they’re cohesive statements that provide both singular artistic vision and attendant catharsis. It’s the reason you can’t just jumble up the song order on “Sgt. Pepper” or “Exile On Main Street;” they’re strategically programmed to lead you through a singular experience and deposit you on the other side, at least marginally altered.

In that sense, Great Moments in Vinyl adheres to a tradition more than a century old. When the group performs, in its entirety, an album like Van Morrison’s “Astral Weeks” or Nirvana’s “Nevermind,” it’s no different from classical ensembles that come together to perform song cycles like Schubert’s “Die schöne Müllerin” and Berlioz’s “Nuits d’Été.” It’s that soupçon of structural integrity that differentiates cover bands from legitimate interpreters.

I recently dropped in on a Great Moments in Vinyl gig at Martyrs’, when the band was slamming its way through Led Zeppelin’s “Physical Graffiti.” Martyrs’ is a fairly large club, and not only was the floor packed, the mood was jubilant. The players (Scott Tipping on guitar, Philip Roach on guitar and violin, William Lindsey Cochran on bass, Alton Smith on keys and Jonathan Reed on drums) were clearly having a blast, and the energy level on tunes like “Houses of the Holy” was nearly incendiary. It took two vocalists (Tipping and Judith Weirauch) to pull off Robert Plant’s atomic-banshee vocal lines throughout the night—a feat of endurance that might kill a single ordinary mortal—but they did it with sufficient pitch and penetration to cause the time-space continuum to get wobbly around the edges. Kudos as well to Cochran’s commentary between the tunes, which provided not only historical and musical context, but a wry and avuncular sense of community.

The group returns to Martyrs’ to deliver a twofer: Pink Floyd’s “Dark Side of the Moon” and “Wish You Were Here.”