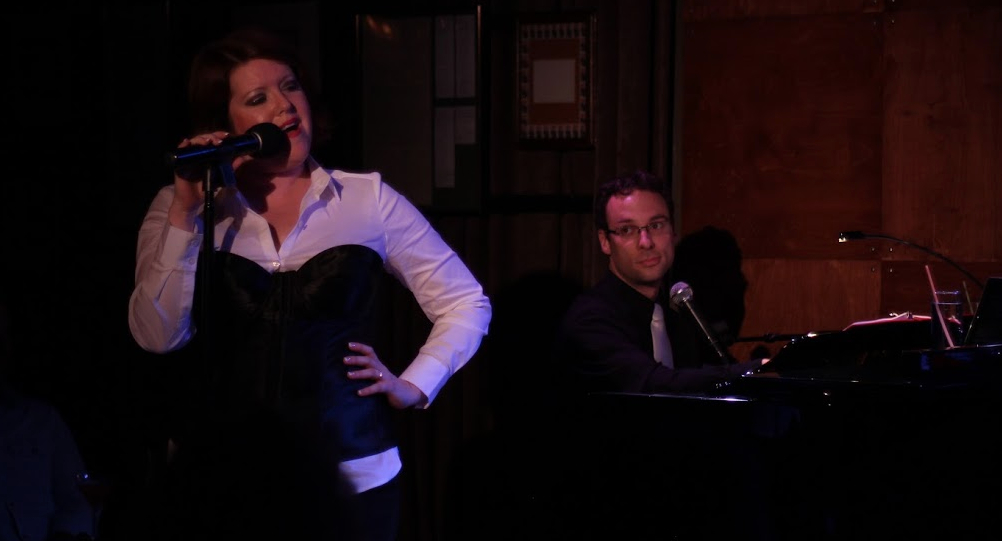 Gay Pride-themed events usually come in two varieties. There’s the historical retrospective, chronicling the benchmarks in gay liberation’s march to this moment, couched in the context of a continuing struggle; and there’s the in-the-moment, bass-thumping, glitter-strewing par-tay. At first glance, the revue “Out and Proud! A Rainbow Celebration” by actress-singer Melissa Young and pianist and musical director Nick Sula, seems to straddle the approaches. In fact it gobbles them up whole, in the most exultant manner imaginable.

The revue—which Young and Sula have made an annual rite—avoids any complex schematic. Basically, it’s a heartfelt if breathless recounting of the gay rights movement’s signal moments, interspersed with era-appropriate songs made famous by the kind of divas gay fans refer to by first name alone (Dolly, Bette, Diana). Young—who has called herself “a gay man trapped in a woman’s body”—eschews mimicry or borrowed mannerisms. She inhabits the songs, not the singers, and her own cut-crystal instrument and purring-engine phrasing render the tunes sufficiently her own. She’s an immensely likable stage presence, and an intensely exuberant one. She gives off so many sparks, the fire code should probably bar her from performing at all.

Sula is, appropriately, more muted, and counters Young’s vivacity with deadpan wit. The revue also features appearances by other notable Chicago singers and cabaret performers, including Jeannie Tanner, Daryl Nitz and Dan Riley. The performance is a benefit for Pride Films and Plays, which hosts the event.