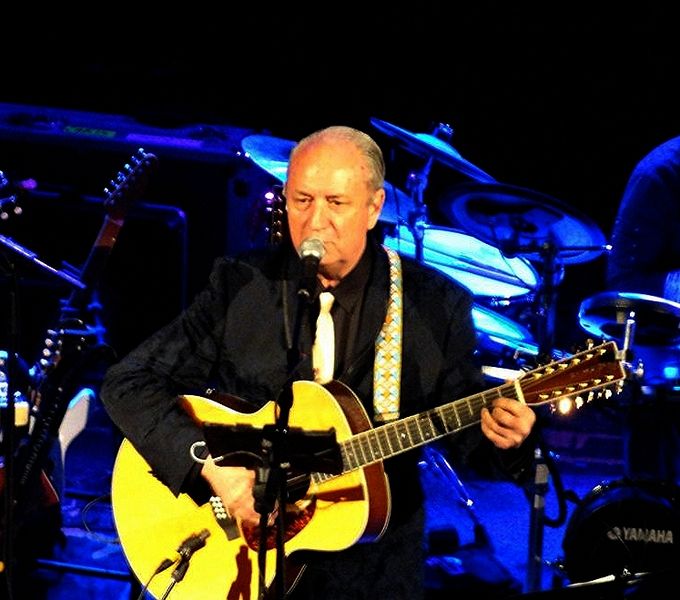 Though they were the stars of a hit television show, scored several hit singles, made a groundbreaking (if flawed) psychedelic movie and brought happiness to an untold number of American youth in the 1960s and beyond, the Monkees got a bad rap. The charge was that they were manufactured, the “prefab four.” They didn’t write most of their songs, they didn’t play on many of their records, and they weren’t sufficiently “real.”

Against the backdrop of pop history, that argument holds considerably less water than it once did. Most fans of rock and pop in the 1960s didn’t know anything about aggregations like the “Wrecking Crew” in Los Angeles, a studio team that played on the lion’s share of recordings that came out of that era, including albums and singles by the Beach Boys, Sonny and Cher and literally countless others. In Detroit, there were the Funk Brothers who did much the same; Memphis had Stax Records house band Booker T & the MG’s, and, as Lynyrd Skynyrd reminded us, Muscle Shoals had the Swampers. Plenty of acts made partial or complete use of studio players.

The “manufactured” charge doesn’t hold up either: Moby Grape—belatedly recognized as the great lost band of the 1960s—was put together by management. And across the pond, Eric Clapton and Steve Winwood formed a group they called Blind Faith, a name that recognized the fact that the aggregation of high-profile musicians got a high-priced record deal without providing a note of music ahead of time.

But back to the Monkees: All four—Mike Nesmith, Micky Dolenz, Peter Tork and Davy Jones—had some background in music. All but Tork had, in fact, released solo singles before signing with Screen Gems-Columbia, and Tork had played in Greenwich Village with Cass Elliot (later of the Mamas and the Papas, yet another group that didn’t really play on its own records). Nesmith was, and remains, a songwriter of merit, and if Dolenz couldn’t play drums like his fictional TV counterpart at first (he was a guitarist), he took lessons and learned. That’s him behind the drum kit on all of the 1967 LP “Headquarters.”

The unfair critical brickbats the band endured in its initial run took their toll; Nesmith and Tork—perhaps the most “serious” musicians of the four—left the group before the sixties ended. But since the end of their initial run, the former Monkees have regrouped in twos, threes and (occasionally) fours, bringing the pure pop of songs like “I’m a Believer,” “(I’m Not Your) Stepping Stone,” “Daydream Believer” and “Pleasant Valley Sunday” to fans who were too young to even weigh in on the 1960s controversies.

Davy Jones passed away in 2012; the three surviving Monkees got together and made a superb send-off album, 2016’s “Good Times!,” even including a previously unused Jones vocal for one track. And as they had done before, the group drew upon a talented stable of songwriters: the album includes tunes by Adam Schlesinger (Fountains of Wayne), Andy Partridge (XTC), Noel Gallagher (Oasis), Rivers Cuomo (Weezer) and Paul Weller, as well as old friends and associates like Harry Nilsson, Neil Diamond, Boyce and Hart, Jeff Barry, Gerry Goffin and Carole King.

These days Peter Tork satisfies his musical inclinations with his band Shoe Suede Blues. But in a first-ever pairing, Mike Nesmith and Micky Dolenz have mounted a seventeen-date tour, one that promises to deliver both the hits and some deep tracks like “Porpoise Song” from “Head,” the Monkees’ psychedelic movie.

Don’t be like the Rock & Roll Hall of Fame, an institution that somehow bestows top honors upon Bon Jovi(!) but refuses to allow the Monkees onto its roster. Enjoy this show—one that may represent one of the last opportunities to witness this music performed live onstage by the guys who (more or less) actually made it.