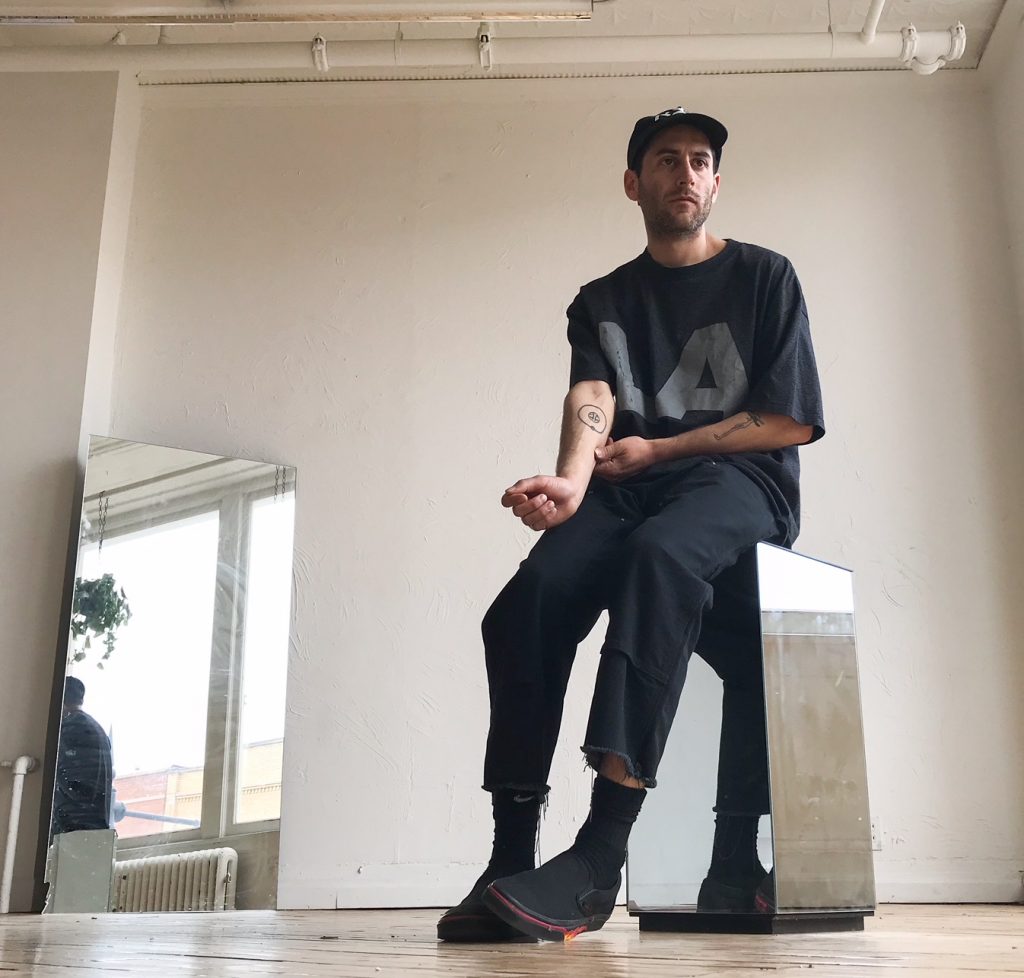 The debut EP from Adam Schubert, alias Ruins, is the latest offering from local label Dumpster Tapes, which will put out  the six-song collection both digitally and on cassette. The tape goes on sale at a release show hosted by the label at Slippery Slope, and it’s sure to be a change of pace from that venue’s fratty Friday-Saturday revelry.

With Ruins, guitarist and singer Schubert has drawn on recent changes in his life—a break-up and sobriety—to create songs that are introspective as well as introverted. It’s a change of pace for Schubert, who has previously been seen as part of rock band Cafe Racer (also label-mates on Dumpster Tapes). That group turns outward, its band chemistry larger than its five members (once when I saw them I could have sworn there were more people on stage). Schubert’s solo material, on the other hand, was written hurriedly at home and recorded entirely on an iPhone. It’s a rumination on what it means to be inside your head at a party or at a show, to be helplessly sucked back into your problems and your questions while everyone around you seems to be cutting loose.

There’s a reason why lo-fi bedroom pop is the go-to mode for music like this. It’s a solitary genre, free of producers, engineers and bandmates. And when the vocals recede in the mix, as they do on this EP, the music seems not even to need a listener. A seasoned (and self-conscious) performer, Schubert realizes this formula might not work as well in a bar as it does through headphones. His live set is made up of louder numbers and arrangements, propelled by a backing band (featuring members of Cafe Racer).

On the recording, Ruins’ is ephemeral music that throws you for a temporal wobble. At times, it sounds like it could belong to any iteration of the pop-music underground since the popularization of the electric guitar and the first home recording devices. Then, as in the EP’s opener, “What You Are,” you hear the distinct sound of digital oversaturation. Audiophiles have long accused digital music of “coldness,” but Ruins is one of these projects that reminds you computerized audio really has its own kind of warmth.

There’s a case for the smartphone being made. It’s more than a decent recording device. As burdensome as our phones can be, they allow us to make and circulate music spontaneously, as though it were a field recording of a private creative ritual. Most people who find themselves listening to this EP digitally will listen on their phones, the same device on which Schubert made it. This is a companion ethos to that of Dumpster Tapes, which has put out dozens of bands on cassette tape. Aside from its similar rectangular dimensions, the phone also extends a certain DIY practice of recording onto a cassette, popping it out, and immediately handing it to a friend or stranger for on-the-go listening. The same can’t be said for platforms like Pro Tools or formats like vinyl or CD. It’s synchronicity like this that starts to shape, if not a movement in music, then at least a moment.