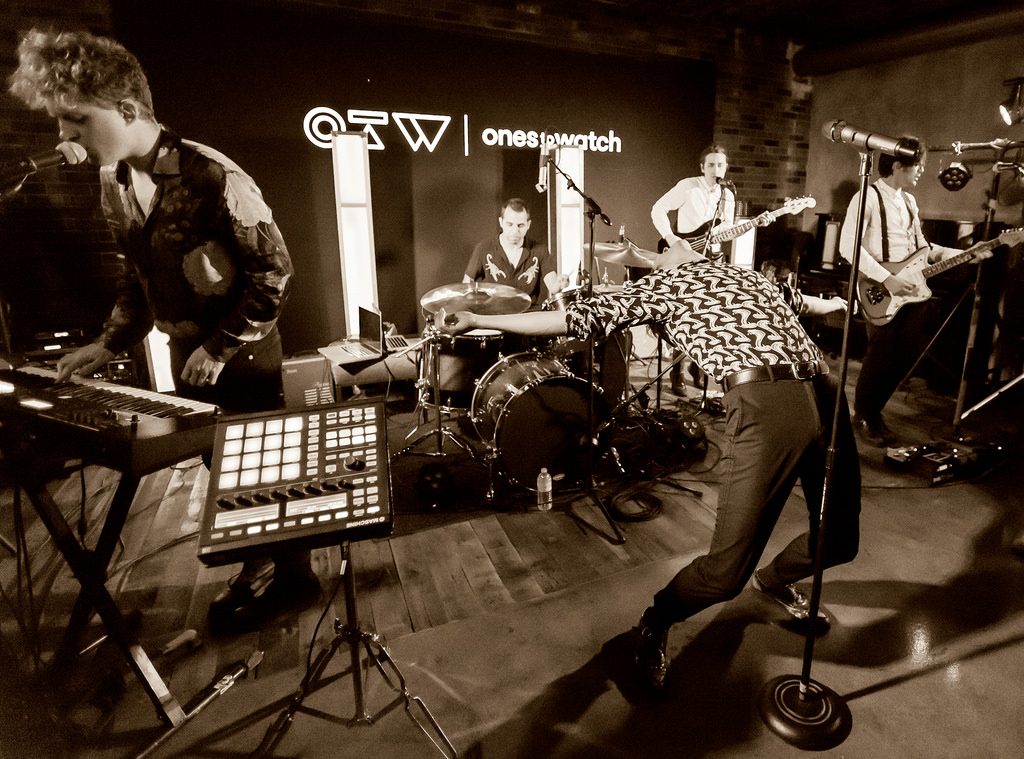 Being sad and feeling down is just a part of life. We may not like it, but it’s something we have to deal with. Yet somehow Night Riots manages to make melancholy and sadness feel so good. Though they hail from sunny California, they’re comfortable showing their gloomy side.

The band, featuring Travis Hawley (vocals), Matt DePauw (guitar), Rico Rodriguez (drums), Mikel Van Kranenburg (bass) and Nick Fotinakes (guitar), formed in 2010 under the name PK—an obscure reference to the Bryce Courtenay novel, “The Power of One.” They released their debut album, “Into the Roaring” (2010), before rebranding themselves as Night Riots.

They started this chapter with the release of 2013’s EP “Young Lore,” which spawned the single “Back to Your Love,” but didn’t find their sound until the release of 2015’s “Howl” EP, which featured the hit single “Contagious.” Their mix of alt-rock and synth-pop pinned them as one of the year’s best new acts, and their dedicated following grew thanks to tours with Blaqk Audio and The Mowglis, along with appearances at events like Riot Fest and Van’s Warped Tour. In 2016, they released “Love Gloom,” their first full-length album under their new name. They’re currently working on the follow-up, and earlier this year released new singles “Colour Morning” and “On the Line.”

Inspired by acts like AFI, The Cure and INXS, their music is an infectious blend of eighties synth-pop melodies with a hint of alt-rock. They make what they call “gloom pop”—upbeat, catchy tunes that make you want to dance paired with lyrics about heartache and loss, as in tunes like “Shine,” “Nothing Personal” and “Fangs.” They also have some Gothic elements on ballads like “Tear Me Apart” and “Pull Me Down,” which are slightly haunting thanks to Hawley’s seductive vocals. It’s this dynamic of light and dark, somber lyrics paired with energetic music, that makes them one of the most exciting acts in alternative rock.