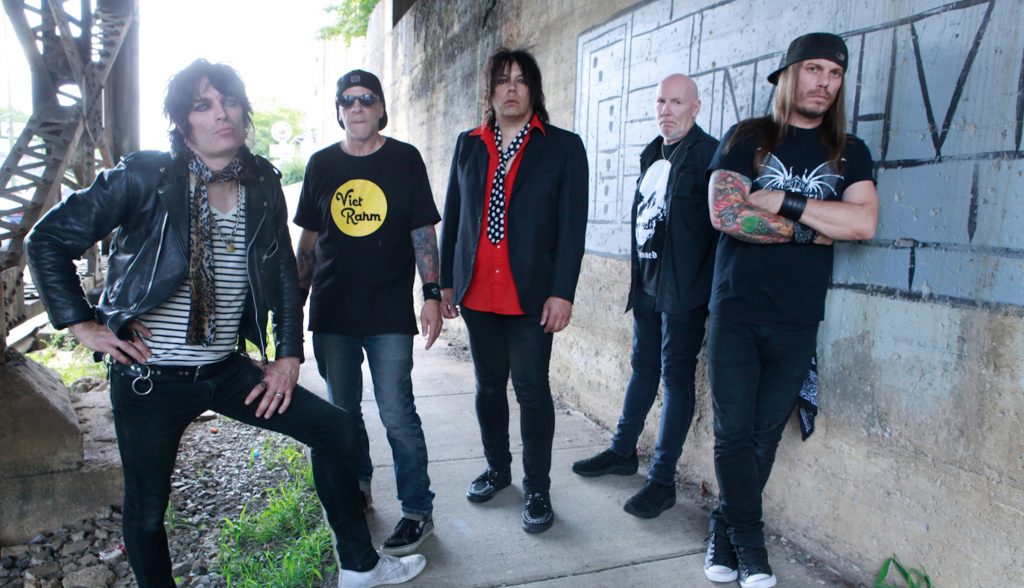 It’s over forty years since the release of “Young Loud and Snotty,” the vinyl debut of legendary punk band The Dead Boys. Even now, the original LP sounds brash, nihilistic and about as raucous as anything American punk ever produced, memorable as much for its virile sneering at suburban normalcy as for the bar-band tumbling style that never quite organizes its melodies. A commercial flop in its day—as were early Ramones records, it’s worth remembering—“Young Loud and Snotty” nevertheless found its way into the hearts of an early, rabid audience. Over the years the album has won an increasing share of devotees, regularly showing up on critics’ and fans’ lists of essential punk records.

Wishing to mark the occasion of the record’s fortieth last year, founding band member Cheetah Chrome decided to rerecord it. The lineup included one other original band member, drummer Johnny Blitz, alongside three veterans of the punk scene. There had been other plans for the anniversary, including a wished-for box set, but thanks to failed negotiations with vague record company powers-that-be, all came to naught. “I still can’t go into details about any of that,” says Chrome.

Instead Chrome and his guitar player, Jason Kottwitz, started talking about incorporating the album into his solo shows. “And we did that a few times,” says Chrome. “Then I got in touch with Blitz, he just showed up on Facebook and we started talking, and I had a tour coming up in Japan, and since the Dead Boys never played Japan, we thought it might be fun to have two of us there.”

By May 2017 they were in the studio again, rerecording the album’s nine originals, minus the cover of the Syndicate of Sound’s “Hey Little Girl” (never one of Chrome’s favorites on Dead Boys set lists). The new lineup has been touring regularly since the end of last year, preparing to hit Chicago in June — all while carting around a whole bunch of history and would-be legacy, along with their new take on their classic, chaotic songs.

Of course, Dead Boys’ lead singer Stiv Bators has been dead nearly thirty years (hit by a car in Paris); and guitarist Jimmy Zero and bassist Jeff Magnum, who were part of a 2005 reunion, are missing this time. Which means there’s an inevitable element of tribute built into the new act, both live and on record. In fact, lead singer Jake Hout hails fromUndead Boys, a Dead Boys’ tribute band. And bass player Ricky Rat is his own local punk legend in Detroit. Listening to “Still Snotty: Young Loud and Snotty at 40” comes with a heavy dose of imagining what the Dead Boys once were, mixed with might-have-beens and other assorted punk nostalgia.

Hailing from Cleveland, Dead Boys crashed onto the New York scene in the summer and fall of 1976, making a name for themselves at CBGB and soon packing the place on a regular basis. When CBGB owner Hilly Kristal adopted the gang as his pet project, taking on the role of manager, they became a default house band, as much a fixture at the seedy music dive as Blondie, Ramones, the Patti Smith Group and Television had been before them. In their short-lived heyday, the Dead Boys were favorites of Punk magazine, “Saturday Night Live” cast member John Belushi and legendary rock critic Lester Bangs who, his affections never veering far from insult, once explained his enthusiasm in a sneer worthy of the band’s own fuck-all attitude: “They’re great because they’re pure dogshit.”

The Dead Boys were front and center at CBGB’s second wave. The original flow of the Warhol crowd and the arts scene down to the slumming-it portions of the Village had dwindled. The crowds became more thoroughly teens and twentysomethings, many imported from the suburbs and splashed with requisite ennui. The overall sound of the bands was harder, as characterized by the likes of The Dictators (their second line-up), The Heartbreakers, The Misfits and The Cramps, and the vibe was much closer to the campy, pop-cultural aesthetic of Punk.

“The bands like the Talking Heads, different art bands, I forget who, were very dismissive of us guys [at Punk] and the Ramones,” recalls Legs McNeil, the fanzine’s co-founder and later co-author of the “definitive” oral history of punk, “Please Kill Me.” “And when the Dead Boys showed up,” he continues, “it was kind of like reinforcements.”

The Dead Boys played music like a brawl, like something out of a B-movie or slapstick television such as “Hogan’s Heroes” (a Stiv Bators’ favorite), or a comic book come to life with all the splashing color converted to musical frenzy. It was sincerity and sendup all at once, in the spirit of the Ramones’ addiction to horror-movie themes. It was a return to rock ’n’ roll basics—British invasion, sixties American garage— just amped up, sped up.

All the original members were worshippers at the stage of Iggy and the Stooges when it was entirely avant-garde to be so. Onstage, Bators hurled himself about much like the Stooges icon, minus all the sleek muscle, coming off as a bizarrely malnourished alter-Iggy with elastics in his tendons and joints. He contorted his body like a palsied gymnast, climbed through drum kits and repeatedly hung himself with microphone cord from the ceiling pipes of CBGB. The Dead Boys’ loyalty to the Stooges was enacted nightly in their killer cover of “Search and Destroy,” long a staple of the live show.

The songs on “Young Loud and Snotty” are a vindication of adolescent lostness. “Ain’t Nothin’ to Do” is a fury of existential boredom, gone over the top and sneering: “There ain’t nothing to do, gonna beat up the next hippie I see—maybe I’ll be beating up you.” The surprisingly moving ode to the downtrodden, “Not Anymore,” with its creepy horror-movie guitars straight off an Alice Cooper record, expounds a vagabond’s woes about being thrown out of home. “I don’t care, don’t push me away,” sings Bators, “you can’t hurt me anymore.” And there’s the irresistible power-pop of “All This and More,” replete with promises of raunchy sex and the singer’s self-sacrifice (“I’d die for you,” he offers) onstage or in bed, which in his world are virtually the same thing.

The Dead Boys’ most certain classic, “Sonic Reducer,” is an anthem for the picked-on teenager. Made powerful by some sort of sci-fi technology (read: elaborate metaphor for a guitar), a resentful teen revisits the Stooges’ world’s-forgotten-boy sentiments as he defies parents and people who’ve ignored him and the social judgment that he’s a loser. Boasting newfound electronic powers, he envisions his vindication, rising to glory like a pharaoh: “Then I’ll be ten feet tall, and you’ll be nothing at all.”

That triumph of a song always opened the band’s shows, establishing the tone each night. “’‘Sonic Reducer,’ it built, that whole guitar thing, those deh-de-de-de-de-deh’s at the beginning, I mean, that built,” recalls Elin Wilder, a writer for Punk. “And when Johnny hit the drums and they took off, the whole room was like the inside of a rocket ship, the room took off with them. There was a sonic boom when they got going. There was this incredible energy, the whole room was vibrating, and the wave of sound took you in. It was like that with the Ramones also; when they would do their three-chord thing in the small space of CBGB’s, the whole room vibrated—there were certain bands where that wave of sound just took you with it.”

“The energy and the spontaneity of their shows,” says Wilder of the Dead Boys, “did not come across on the records. I don’t think what was on vinyl really did them justice.” 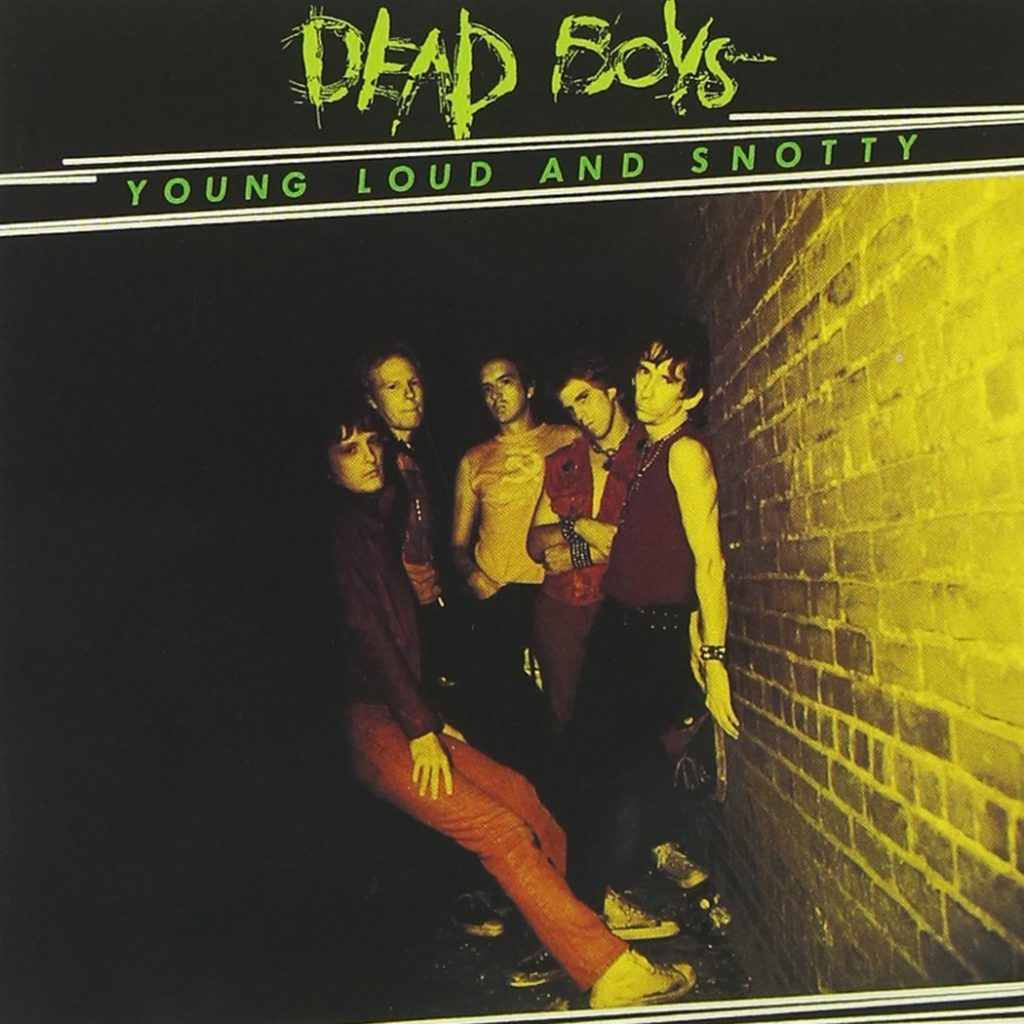 That’s a view of their own recordings the Dead Boys often espoused. Never ones for music-industry niceties, they aired their dissatisfaction with the overall sound on “Young Loud and Snotty,” always maintaining that the tracks Sire released as an album were supposed to have been a demo. “I think they were upset because the Sex Pistols came out with their album, and it was a little harder,” says McNeil, “a little sonically louder or something.”

“We’d never been in a studio before,” recalls Chrome. “Jimmy had this old Ampeg B4 [bass amp], and I had a Soundcity with like a 4×12 cab. They were beat to shit, they didn’t sound great in the studio—we had no recording experience whatsoever. One of the first things we would have done was, you know, rented some freaking Marshalls or something. Which Hilly didn’t bother doing—because it was a demo.”

And don’t get Chrome started on the cleaner, poppier production of the second record, “We Have Come for Your Children.” In studio he openly fought the producer Felix Pappalardi, of the group Mountain, whose hippie energy and sensibility was just all wrong for punk. Most infuriating for Chrome to this day is that Lou Reed himself was prepared to host the band in Germany and produce the record—he’d even drawn up a budget—but Seymour Stein and other executives at Sire records declined. Instead they sent the Dead Boys to sunny Miami, again without Marshalls, recording on Music Man amps this time. “These anemic little wannabe twin reverb things that were popular at the moment,” Chrome vents. “And that’s what got used on the record, and they sucked, they totally neutered us.”

In an interview for Trouser Press months after the record’s release in the summer of 1978, in what arguably was not the best PR tactic, Bators grumbled, “I don’t think we’ve really captured the sound of the band on record yet.” By then the band was splintering, reeling in the wake of the brutal stabbing of Johnny Blitz in the Village, which he had barely survived. They had been called off the road because the record wasn’t selling, and “we weren’t making enough money,” Chrome laughs, “to support the lifestyle.” By the end of that year the Dead Boys were effectively done, their legacy left to two studio records that were always an imperfect measure of what they were as a band. The 1981 release of “Night of the Living Dead Boys,” a recording of a 1979 CBGB show, would attempt posthumously, as it were, to make up some of the difference. 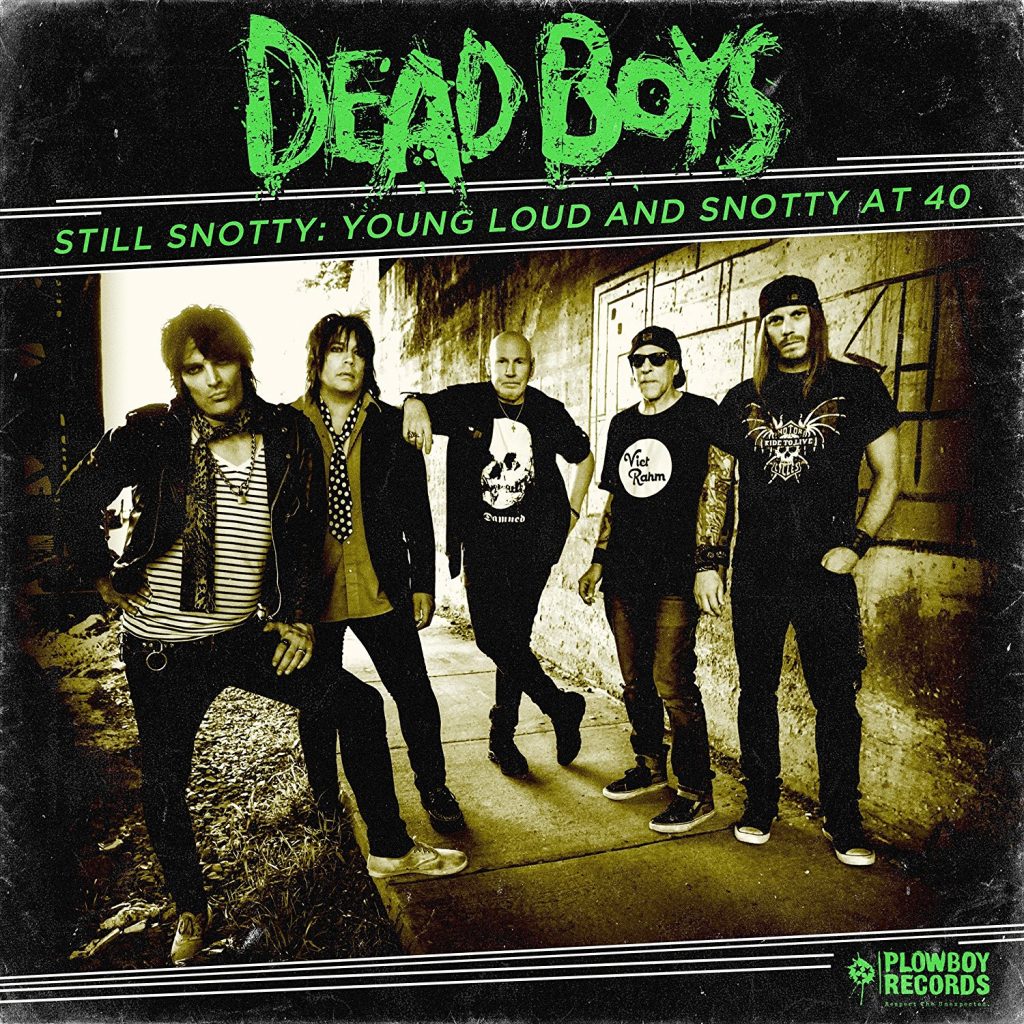 The sense of the original records never quite capturing their sound was at least one piece of what drove Chrome back into the studio last year. He’s fonder in retrospect of the original “Young Loud and Snotty,” but these newly recorded versions are in his opinion the “best representation” of the sound he’s always imagined for his songs, the arrangements tighter, the guitars truer, fuller.

The reunion of Chrome and Johnny Blitz is what ultimately gives the new record its purchase on history, and what inspires the current tour as a memento of what the Dead Boys once were. As the tour progresses into 2018—it will have caught up to the fortieth anniversary of the second record by the time they hit Chicago—these latest Dead Boys have started incorporating many of the songs off that record into the set. The tour is in part a testament to a collaboration that formed the bedrock for the musical careers of Blitz and Chrome, who had started playing together at the age of fifteen in Blitz’s parents’ basement. The two joined the renowned Cleveland underground band Rocket from the Tombs a few years later, before teaming up with Bators, Zero and Magnum on their way to becoming Dead Boys. “Me and Blitz grew up together,” says Chrome, “we literally learned how to play together.” That core relationship is what brings the Dead Boys—infamous, riotous live band that they were—to life once more with new musical energy in veteran punk bodies.