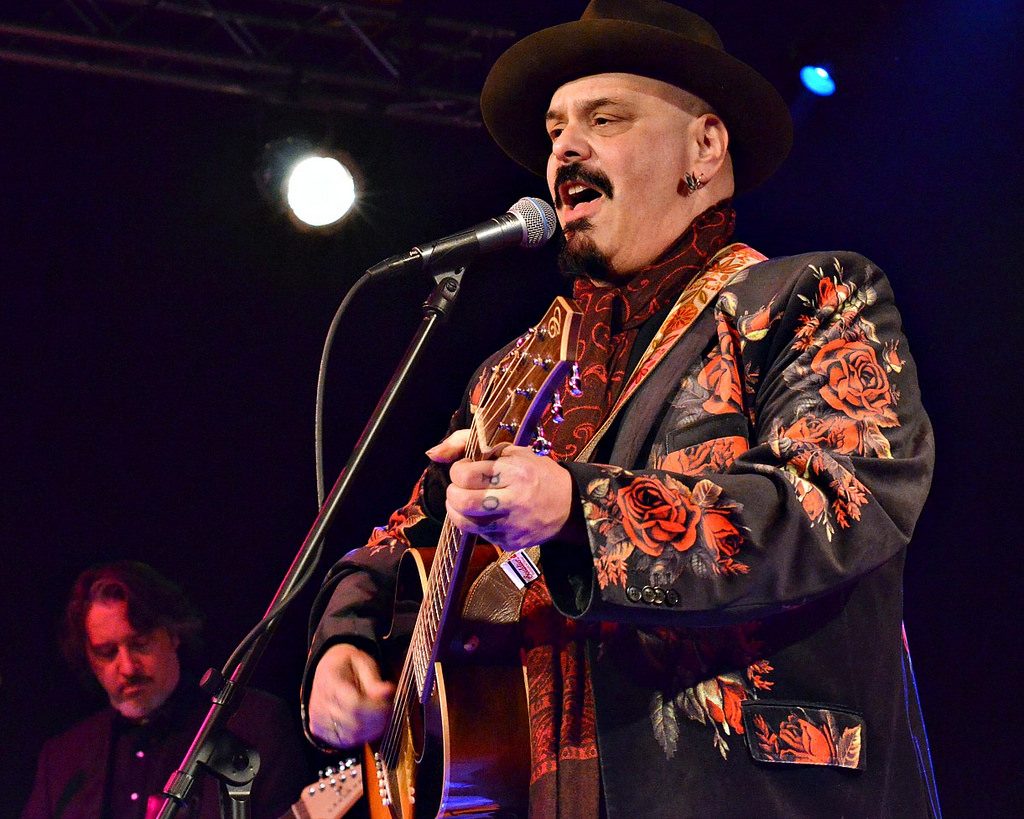 Chicago’s own Nicholas Tremulis has a long and eclectic musical history, but his work of the last few years ranks among his most fascinating and compelling.

Tremulis was signed to Chris Blackwell’s Island Records (home to reggae stars, Steve Winwood’s Traffic and a long list of other highly-regarded acts) in the mid-1980s; he and his large, eponymously-named group released a pair of albums before voluntarily returning to the ranks of indie musicians. Tremulis also developed a successful career lending his significant talents to the work of others, touring for a time as a blues sideman.

By 2011, Tremulis focused his energies toward expressing his own creative muse or working in collaborative situations. The 2011 self-titled EP by Candy Golde features a Midwestern supergroup: Tremulis plus Eleventh Dream Day’s Rick Rizzo, John Stirratt from Wilco and drummer Bun E. Carlos from Cheap Trick. Though a short set of tunes, the ten-inch vinyl “Candy Golde” showcased the great potential inherent in this musical aggregation. (There hasn’t been a follow-up.)

About a year later, Tremulis returned with “For the Babydoll,” an ambitious book-and-CD package. The CD features Tremulis and a small coterie of guests playing a widely varied set of tunes that combine the songwriter’s original vision with his appreciation for the styles of Phil Spector, John Lennon, Prince, Thin Lizzy’s Phil Lynott and Bruce Springsteen. The accompanying book is home to a mini-novel. Deeply idiosyncratic, “For the Babydoll” is the work of a creative artist at the peak of his powers.

Nicholas Tremulis surfaced on record again in 2014, as part of another (presumably) one-off group, the Fauntleroys. “Below the Pink Pony” deserves the supergroup tag even more than Candy Golde; working with Alejandro Escovedo, Ivan Julian and Linda Pitmon, Tremulis seems even more inspired than usual. The songs on the EP proudly survey the scuzzy side of city life (like a modern-day Velvet Underground with a sharper melodic sense), and the unvarnished production aesthetic underscores that vibe. A future full-length was hinted at, but has yet to appear.

In 2016, Tremulis reunited with Candy Golde bandmate (and now ex-Cheap Trick member) Carlos to sing and play on the drummer’s solo debut, “Greetings from Bunzuela!” Escovedo plays on that album, too, strongly suggesting that Tremulis seems comfortable in his role as part of a loose federation of like-minded artists who get together when the mood and muse strike them, and don’t when it doesn’t.

With a significant catalog from which to draw, it’s anybody’s guess what kind of a collection of songs Tremulis will present at SPACE. But it’s guaranteed to be compelling, edgy, energetic, sophisticated and earthy, all at the same time.