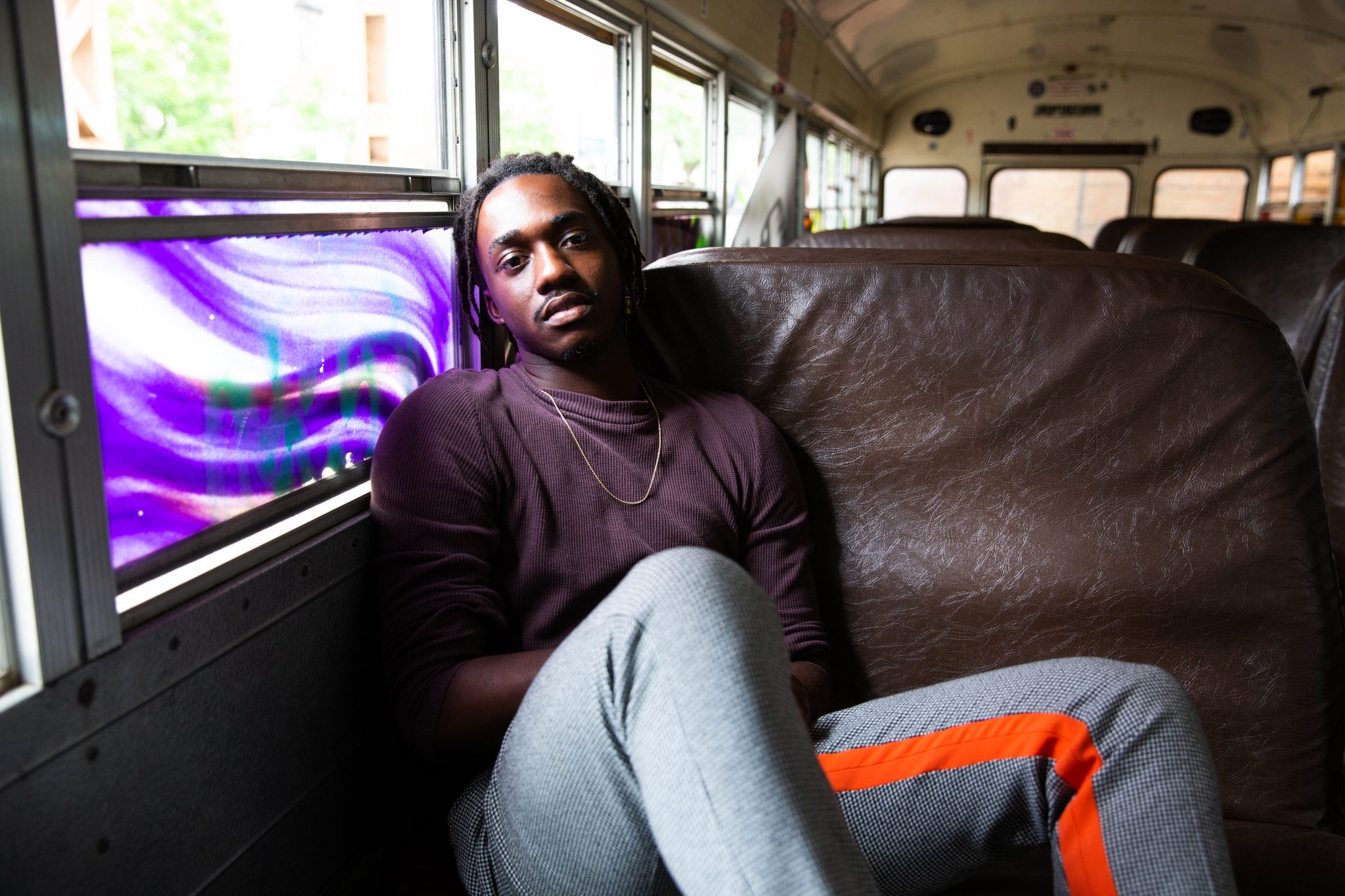 Musicians are migratory by nature. Everyone from the singer-songwriter with a guitar slung across her back, to the mightiest of metropolitan orchestras, will answer the muse’s (and the bank account’s) call to pull up stakes and take to the road. For some, touring is a regular undertaking; for others, it’s a strategically planned endeavor. For some, actually resettling in newer locales is a way of challenging old ways of thinking and playing, of seeking fresh ideas and inspiration. For some, new horizons bring a greater cognizance of the richness to be found at home.

All this is by way of explaining the means by which we select the forty-five musicians and musical acts featured in this biennial survey, which is a process more instinctive than prescriptive. Most of the artists profiled here live and work in Chicago, but there are several who have left the city; some in fact who haven’t lived here for years. A few are from elsewhere entirely, and owe their affiliation with Chicago to artistic residencies.

What they all share is a spiritual connection to this city that tethers them to our collective identity in ways that can’t be severed by time or distance. Call it a Chicago soul. For every battalion of artists who depart this city without a backward glance, there’ll be one with the grit of the city’s foundations mired in her character; and everything she achieves over the decades to come will almost mystically redound to our credit.

Such artists are our emissaries to the larger world. They—along with those who remain our daily neighbors, who enrich us both through their artistry and their citizenry—are worth celebrating. The forty-five individuals and ensembles who follow are those whose gifts resonate most powerfully in this city… no matter where the music they make may originate. (Robert Rodi)

Music 45 was written by Craig Bechtel and Robert Rodi with additional items from Dennis Polkow.

All photos by Sally Blood with stylist/photo assistance by Lizzie Cook. Shot on location at Reggies Rock Club and Music Joint.

1
Mavis Staples
On the title cut and first single from her sixteenth solo album, 2017’s “If All I Was Was Black,” Mavis Staples sings that she won’t be afraid, that she’s got “perspective” that “might make yours shift,”  concluding that “it’s time for more love.” Although she and The Staples Singers were inducted into the Rock and Roll Hall Of Fame in 1999, 2017 was in many ways the year of Mavis Staples, at least in Chicago, and although she’s turning seventy-nine this month, judging by her touring schedule, she’s not slowing down. Her record, produced and primarily written by Wilco’s Jeff Tweedy, was just one highlight. She was a Kennedy Center honoree in 2016, was inducted into the Blues Hall Of Fame in 2017 and Greg Kot’s 2014 biography of Mavis and The Staples Singers, “I’ll Take You There,” received the 2017-2018 “One Book, One Chicago” treatment from the Chicago Public Library.


2
Riccardo Muti
The League of American Orchestras recently held its annual convention in Chicago, considered the mecca of orchestral performance. There is the presence of our own Chicago Symphony Orchestra, of course. But taking that venerable ensemble to increasingly unimaginable heights is a legendary figure in his own right, Riccardo Muti. The combination of Muti and CSO was combustible from the start. But as that relationship has deepened over a decade, it has been fascinating to watch conductors and orchestra administrators, gathered from across the country, witness an open rehearsal of what we take for granted and have their collective jaw drop. One of the wide-eyed attendees ecstatically summed it up in one word: “Perfection.” The 2018-19 season will begin September 20 with an epic, free “Concert for Chicago” in Millennium Park with Muti conducting the CSO together with the Civic Orchestra, the training orchestra of the CSO celebrating its centennial and with which Muti also works regularly.

3
Chance the Rapper
While we’re still hoping that Chancelor Bennett will show up at an event wearing an “r” on his baseball cap, signaling the release of his fourth mixtape, Chance has been keeping busy since winning a Grammy for 2016’s “Coloring Book,” the first record to chart on Billboard based on streaming alone. He’s donated millions to help fund Chicago Public Schools and runs summer camps for low-income youths (taking one group to the Great Wolf Lodge grand opening in Gurnee). Artistically, Chance has done no less than usher in a Chicago hip-hop renaissance, founded not on negativity, braggadocio and violence, but on positivity, pride and peace. At the same time, Chance has been outspoken in his criticism of the establishment, specifically the Donald Trump presidency and Bruce Rauner governorship, and has been a leading figure in the movement to end Chicago’s epidemic of gun violence.

4
Buddy Guy
Once he was the new kid on the block, keeping Chicago blues alive (via his home state of Louisiana). Now, at eighty-two as of July 30, he’s an elder statesman. This year Buddy Guy followed up 2015’s excellent “Born To Play Guitar” with “The Blues Is Alive And Well.” His eighteenth studio album since his 1967 debut, the record features Rolling Stones’ Keith Richards and Mick Jagger, Jeff Beck and James Bay. Guy is on a North American tour throughout the summer, with Europe slated for fall; expect the annual multi-night residency at his Legends’ club in January, then he’ll be on the Rock Legends Cruise in February. “Every time I go into the studio, my hope is that I give my best and come out with something good enough to try to keep the blues alive,” Guy told Forbes in June, and he’s definitely met that goal with his latest.

5
Jeff Tweedy
His bobblehead may be sold out in the Wilco store, but Tweedy’s touring North America this summer and fall (along with European dates), so you might get a glimpse of the genuine article, although no Chicago dates are planned. The leader of Wilco (and former co-conspirator with Jay Farrar in Belleville, Illinois’ Uncle Tupelo, which ushered in the alt-country movement No Depression) is touring behind his first solo album, “Together At Last.” While it’s comprised of solo acoustic renditions of previously issued songs—the first of a proposed retrospective series titled Loft Acoustic Sessions, in which Tweedy will revisit songs from Wilco, Golden Smog and Loose Fur—both casual fans of the band and Tweedy completists have found much to love in these stripped-down versions. He also produced and wrote Mavis Staples’ most recent record, and Wilco announced that their Solid Sound Festival will return to Massachusetts in June 2019.

6
Common
You might remove Common from Chicago, but you can’t remove the Chicago from Common. Hard to believe he’s the elder statesman of Chicago hip-hop today, as he resides in Los Angeles and busies himself with movie and TV commercial work. His post-election album “Black America Again” was one of the strongest musical and political statements he has released, and more recently he appeared on and served as an executive producer for “The Chi,” a Lena Waithe-created television drama on Showtime set on Chicago’s South Side. Film and television roles notwithstanding, Common still brings it as a live rapper in concert, and he’s serving as a mentor for lots of Chicago hip-hop community members. Common has also started the Common Ground Foundation, which offers youth mentoring, college transition assistance, a youth business leadership conference and the Dreamers & Believers Summer Camp.

7
Umphrey’s McGee
In addition to the usual jaw-dropping schedule of gigs and festivals, Umphrey’s McGee kicked off its twentieth-anniversary year of 2018 by releasing its eleventh studio album, “It’s Not Us,” an exhilarating splash through just about every musical wave from prog and disco to jazz and metal. Five months later, Umphrey caused an industry-wide double take by issuing the follow-up, “It’s You”—so soon after its predecessor that the PR materials call it “the new, new album from Umphrey’s McGee.” Meanwhile, the band continues to be one of the fan-friendliest outfits: a deluxe version of “It’s Not Us” included a book, double vinyl and bonus seven-inch platter, and in 2017, they signed with the music VR platform Endless Riff, enabling people who haven’t caught them live to do so in a specially curated streaming setlist.

8
Kurt Elling
In 2016 the perpetually suave jazz singer managed to snag a Grammy nom for Best Jazz Vocal Album for “Upward Spiral,” which was technically a Branford Marsalis album on which he was just the admittedly ubiquitous guest star. He wrapped up the year by releasing “The Beautiful Day,” a relentlessly hip Christmas album (“Same Old Lang Syne,” anybody?). That was his first release for his new label, Okeh. Its follow-up, “The Questions,” dropped early this year, and featured Elling (again with Marsalis) taking on the pantheon of great American songwriters from Leonard Bernstein to Bob Dylan. It’s the singer’s metaphorical ascent to Olympus, which is pretty much all that’s left to him at this point. And he’s still touring up a storm. While the Chicago native hasn’t lived here in years, he retains his spiritual citizenship through the pied-à-terre he maintains here—that being, of course, the stage at The Green Mill.

9
Smashing Pumpkins
The Pumpkins started the year by officially welcoming founding members James Iha and Jimmy Chamberlin back into the fold. Original bassist D’arcy Wretzky claims she was also invited back, only to have the invitation overruled by frontman Billy Corgan. Corgan went public with a denial, in another of the moves that inspired this magazine to profile his increasingly diva-ish behavior. The band is now on the road, its “Shiny and Oh So Bright” tour taking it first across the country, then across the Atlantic. Meanwhile, Corgan refined his solo act, styling himself as William Patrick Corgan and issuing an album, “Ogilala,” produced by Rick Rubin, that features stripped-down, no-frills reinventions of his earlier material; it met with mixed reviews.

10
Sir the Baptist
Sir has come a long way since scoring music and doing digital marketing for Leo Burnett, then living out of his car and driving for Lyft, playing his music for customers on their trips. Behind “Saint Or Sinner,” a triumphant full-length debut that dropped on Atlantic in May 2017, Sir has taken his trailblazing cause of “healing hip-hop” to festival stages including Lollapalooza, Bonnaroo, Tidal X, Voodoo, Firefly, Essence, South By Southwest, Made In America and Afropunk, and performed with, or for, Jay Z, Beyoncé, Lauryn Hill, Alicia Keys, Mary J. Blige and the Joffrey Ballet; he also recently toured Europe with Nelly. The hip-hop chaplain has authored “The Travelogue of A Visionary” and created The Urban Bible Lifestyle Network, a media outlet designed to showcase his “original lifestyle content, unscripted visual podcasts, travel specials, live events, branded content and offering readers once in a lifetime experiences.”