11
Vic Mensa
After two strong EPs, last year Vic Mensa released his full-length debut “The Autobiography,” signed to Roc Nation by Jay-Z himself. The album featured guest appearances from Pharrell Williams and Saul Williams on the first single, “Wings,” as well as usual suspects like Syd, The-Dream, Chief Keef, Joey Purp, Pusha T, Ty Dolla$ign, and an unusual suspect, Weezer. But that shouldn’t come as a surprise: Mensa has always cited rock acts like Jimi Hendrix, Prince, Guns N’ Roses, AC/DC and Nirvana as influences. Since his group Kids These Days broke up in 2013, he’s toured with J. Cole and Wale, Danny Brown and Justin Bieber and worked with Damon Albarn and Gorillaz, Travis Scott, Kanye West as well as a who’s who of current Chicago hip-hop. The SaveMoney collective founder is playing festival dates this summer, and has released a Marshmello-produced single featuring G-Eazy.

12
Twin Peaks
The quintet may have formed while in high school, but that was eight years ago, so they’ve long since dropped out of college to rock out full time. Their live double album, “Urbs in Horto,” came out in May 2017, and from July to the end of last year, they released the monthly “Sweet ’17 Singles” series. Twin Peaks sold out three Thalia Hall shows to commemorate New Year’s Eve, but they’ve also set the road ablaze, including tours opening for Portugal. The Man and Spoon, and festival appearances including Coachella, Desert Daze and a bunch of U.K. and EU fests. Cadien Lake James, Clay Frankel and Colin Croom (primarily keyboards) all contribute lead and backing vocals and guitar, Jack Dolan plays bass and sings lead and backing vocals and Connor Brodner drums. James also produced the just-released debut Calpurnia EP, the band fronted by “Stranger Things” actor Finn Wolfhard.

13
Robbie Fulks
Chicago alt-country institution Robbie Fulks turned fifty-five this year, but the Hideout regular hasn’t lost his youthful exuberance and his energy, as evidenced by the quality and quantity of projects coming up. He’s dropping an excellent duo exploration of honky-tonk  with Linda Gail Lewis this month on Bloodshot, called “Wild! Wild! Wild!” and that’s not the only wildness to come. He anticipates what he calls a “reversioning” of Bob Dylan’s 1978 “Street-Legal,” called “16,” to be released as a vinyl-only double album this November; he’s producing a record for country singer-writer Brennen Leigh, which he says is coming out well, with “very strong songs;” and via his website (and on thumb drives at concerts) he’ll be selling a fifty-three-song package called “Revenge of the Doberman.” Fulks is on the road 120 to 150 nights each year, describing his thirty years of driving around and performing as his “primary professional reality.”

14
Makaya McCraven
When drummer McCraven began a weekly improvised, rotating-players session at the Bedford in 2013, he probably didn’t foresee it turning into a new kind of jazz form. But in 2015 he took the recordings of the previous year’s material and used it as raw material, cutting, rearranging and enhancing it for an album of collage compositions, “In the Moment” (on Chicago’s International Anthem label), that set the jazz world on its ear. He performed similar creative wizardry on his latest album, 2017 “Highly Rare,” with the difference that instead of twelve months’ worth of material, the album comprises music improvised on a single night at Danny’s Tavern in January 2017—with the players audibly responding to the still-numbing news of two months before… in essence, employing art to make sense of chaos. The album, critically lauded, boasts stellar work from the top tier of Chicago’s jazz hierarchy, including alto sax man Nick Mazzarella, bassist Junius Paul and cornetist Ben LaMar Gay. 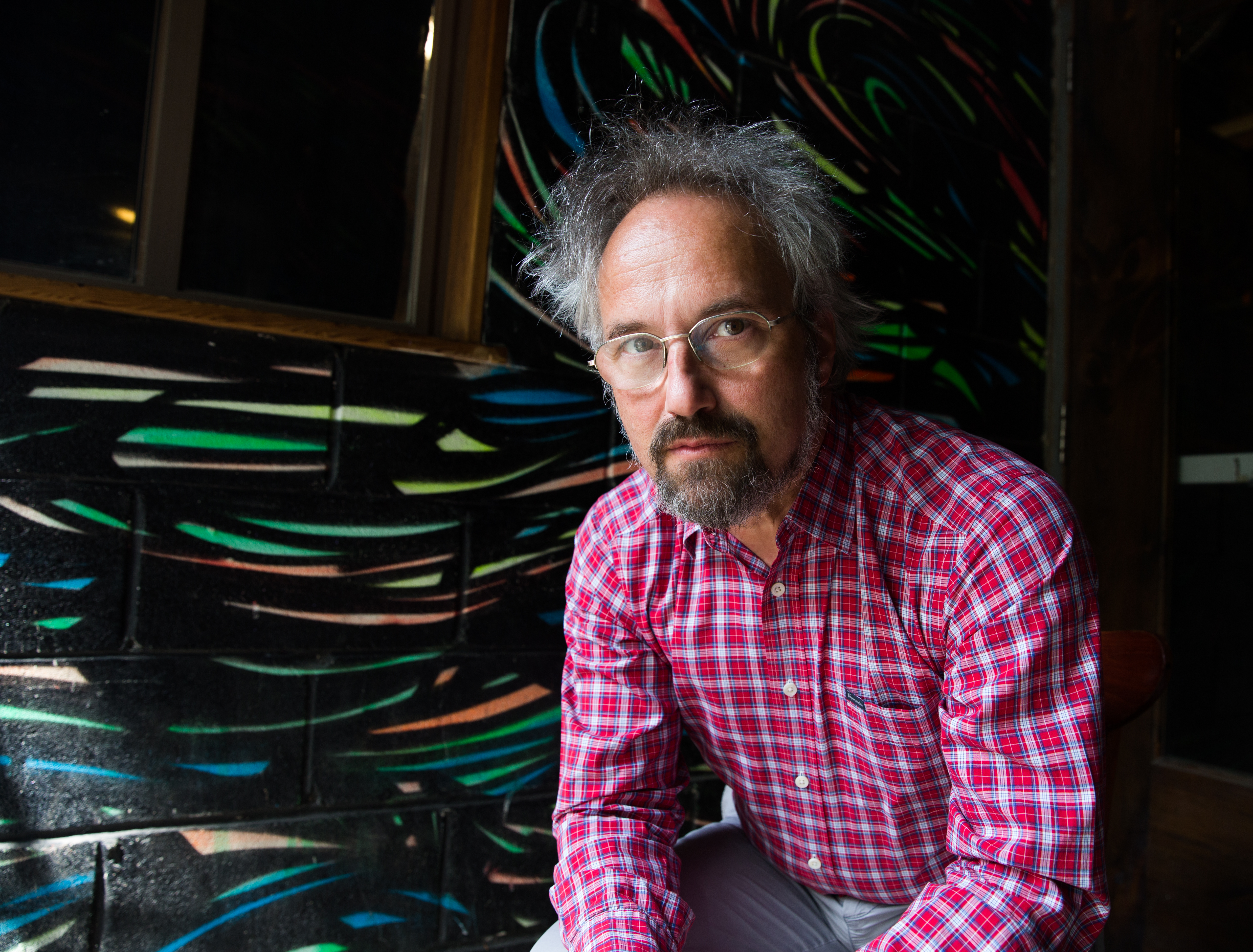 15
Carlos Kalmar
Principal conductor of the Grant Park Music Festival since 2000 and artistic director since 2011, Carlos Kalmar is the de facto music director of the nation’s only remaining free, outdoor summer classical music festival. Kalmar takes that responsibility very seriously, consistently offering the city a festival of innovative and wide-ranging programs of astonishing variety and scope in a magnificent lakefront setting. In addition to two different programs a week on Wednesdays and Saturdays through mid-August with pre-concert lectures an hour before, all of the rehearsals of the Grant Park Orchestra are open to the public. Among the highlights of the season’s closing programs, Kalmar leads Haydn’s “Theresa” Mass with the Grant Park Chorus on August 3 and 4 and artists from the Ryan Opera Center in a concert performance of Gian Carlo Menotti’s 1939 radio opera “The Old Maid and the Thief” on August 15.

16
Tortoise
While there hasn’t been a Tortoise record since 2016’s typically remarkable “The Catastrophist,” that doesn’t mean that the members of the groundbreaking post-rock ensemble have been working at a tortoise’s pace. The quintet toured the world, including North America, Europe, South America, Japan and most recently China, releasing “The Catastrophist Tour Book” featuring photos by Andrew Paynter. Last year Douglas McCombs released “Illinois River Valley Blues” with his Chicago quartet Brokeback, John McEntire’s trio The Sea And Cake released their first record in six years, “Any Day,” and Jeff Parker and John Herndon released a collaborative record with Joshua Abrams and Kjetil Møster in January. Jeff Parker & The New Breed tour this summer, while Herndon performs regularly with Tara Jane O’Neil and drummed for Fred Armisen’s recent Netflix standup special. Dan Bitney remains an active member of the Chicago experimental community with ensembles including Spectralina with Selina Trepp.

17
Lupe Fiasco
Twelve years since releasing his Grammy-nominated debut, Lupe Fiasco has become better known for what he hasn’t done, as opposed to what he has, even after winning a Grammy and twelve nominations. His on-again, off-again retirement announcements have attained a soap-opera level of drama, but after promising three records in 2017, he did manage to drop “Dragos Light” last year and so far in 2018 he has put out some intriguing singles and freestyles (his latest “mic check” is actually a check of a microphone he just acquired). “Dragos Light” showcases his talent as a rapid-fire rapper and innovative lyricist while at the same time drilling harder sonically. Fiasco is the co-founder and co-owner of community initiatives including M.U.R.A.L (formerly The Lupe Fiasco Foundation), The Neighborhood Start Fund, Society of Spoken Art and Studio SV. He also sits on the advisory board of Zero Mass Water. 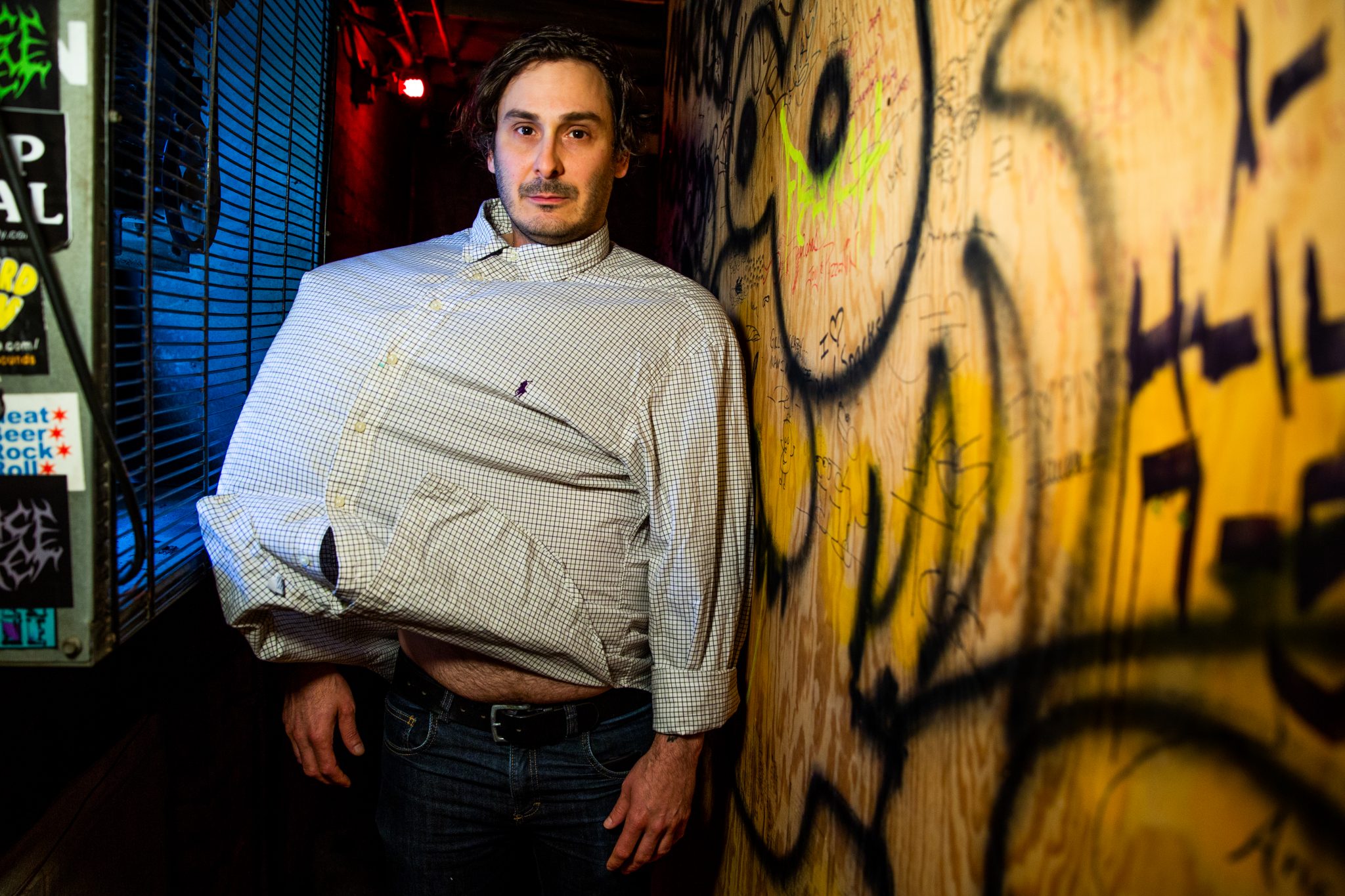 18
Tim Kinsella
In 2017, Kinsella’s band Joan of Arc released its twenty-second full-length album, “He’s Got the Whole This Land Is Your Land In His Hands”; it was their first record to include singer-guitarist Melina Ausikaitis in the lineup. This year brings a follow-up, “1984,” built around a cappella songs written by Ausikaitis. Kinsella promises “lots of touring” to support the album. Joan of Arc also tag-teamed with Devendra Banhart for Joyful Noise Recordings’ “Cause & Effect” seven-inch series, with Banhart performing JoA’s “Shown & Told” and JoA taking on Banhart’s “First Song for B.” But Kinsella isn’t coasting on this mere whirlwind of activity; he and his girlfriend Jenny Polus (formerly known as Spa Moans) have formed a duo act called Good Fuck, whose debut album drops in January. “It’s all duets, and all electronic instrumentation,” Kinsella says. “We recorded the record at The Millay Colony for the Arts in upstate New York, on 100,000 acres of national forest under four feet of snow. The intense circumstances really made for a lot of surprising choices.”

19
Eighth Blackbird
The veteran four-time Grammy Award-winning Chicago-based new music group was Musical America’s 2017 “Ensemble of the Year” and continues to tour nationally and internationally to acclaim. Its evening-length Irish folk music collaboration, “Olagón: A Cantata in Doublespeak,” was released last fall on Chicago label Cedille Records and performed here in December; but the innovative sextet doesn’t perform locally as often as it used to. Eighth Blackbird memorizes its repertoire to allow greater ensemble and audience interaction with attention also given to visual space, lighting and the movements of the players. On the boil for 2018-19 is a commission culminating in a seventy-minute staged work by David Lang.

20
Birds of Chicago
Husband-and-wife team JT Nero and Allison Russell hit it out of the park with their most recent album, this year’s “Love in Wartime” (our review called it “a flat-out extraordinary piece of work”), which is also their first release since relocating to Nashville. The duo still consider themselves “a hundred-percent Chicagoan,” as Nero phrased it. It’s just that, for their brand of Americana-influenced rock (“whatever Americana means today,” Nero qualifies), Nashville is the epicenter; “it’s where the work is getting done.” The act’s energy and outlook remain distinctly that of its hometown (“It’s why we took the name”); though being on the road between 180 and 200 days a year, even returning to Nero’s Logan Square ’hood makes him feel increasingly like “a stranger in a strange land” (best expressed in the tune “Travelers” on the new album). Next up for the duo is the summer festival circuit. Nero has also begun writing for a new album.