21
Saba
Saba’s “sabiquity” hasn’t lessened since the last time we profiled him, in 2016; if anything he’s become even more “sabiquitous.” The Austin product’s great-grandmother was a music teacher, his grandfather and grandmother were in a funk band and his father (who left when he was five) is R&B singer Chandlar. While Saba first achieved notoriety by rapping verses for Chance the Rapper, he and his Pivot Gang (whose members also include his brother, Joseph Chilliams, Frsh Waters, MFnMelo and Squeak) have made their own mark in hip-hop, and their other collaborators have included Jean Deaux, Daedae, Dam Dam, Noname, ProbCause and Smino. His 2017 “Bucket List Project” was partially inspired by the death of his uncle, who passed away after being released from prison. Saba’s “CARE FOR ME” album dropped in April, dedicated to the memory of his cousin and frequent collaborator, rapper Walter “John Walt” Long Jr.

22
Mick Jenkins
On Smino’s new single, “New Coupe, Who Dis?,” Mick Jenkins raps “Excuse my language, I know the truth sounds like curse words.” But in reality Jenkins is unapologetic, especially on his most recent mixtapes streaming via Soundcloud, “or more; the frustration,” from February and “or more; the anxious,” from last November, which followed his full-length debut, 2016’s “The Healing Component.” THC, as it’s abbreviated, featured production work from THEMpeople, Kaytranada and BADBADNOTGOOD, as well as guest appearances from theMIND, Ravyn Lenae and Noname. But Jenkins is the star of whatever he raps on; he doesn’t censor himself for anyone, and has been known to wear a “Fuck Trump” t-shirt featuring an upside down American flag. This spring he toured Australia and New Zealand; this summer he’ll be in Spain, The Netherlands and Belgium. He’ll also perform for Steez Day In New York City’s Central Park.

23
Dreezy
Dubbed the “Princess of Chicago Rap,” Dreezy has captivated fans and critics with her rapid-fire delivery, intense lyricism and staying power. Since signing with Interscope, she has released two EPs and a well-received debut full-length, 2016’s “No Hard Feelings,” which included collaborations with T-Pain, Gucci Mane, Wale and Jeremih. She’s also worked with Common, Tink, DeJ Loaf and Chicago female MCs Sasha Go Hard and Katie Got Bandz. Off to a strong start in 2018, Dreezy has dropped a string of singles including “2nd To None” featuring 2 Chainz, and she recently graced the stage at the Rolling Loud Festival in Miami. The South Side emcee will have a chance to champion her city when she stars alongside Anthony Anderson, Young Chop and Dave East in the upcoming “Beats,” a made-for-Netflix movie that shines a light on Chicago’s music scene. Her latest single is “Where Them $ @.”

24
Jamila Woods
In a Venn diagram, hip-hop would occupy the overlap of R&B, funk and performance poetry; Jamila Woods comes at the genre from the latter sphere, as her ongoing association with the Louder Than a Bomb youth poetry slam attests. She’s also collaborated with Chance the Rapper and Donnie Trumpet, and in 2016 digitally released her own record, “HEAVN,” a concept album about black girlhood, Chicago and the hereafter. The album received near unanimous acclaim, and Woods consolidated the attention with a memorable Pitchfork set the following summer and, this year, an NPR Tiny Desk concert. She also made news by holding a competition for Chicago Public Schools students to conceive a visual treatment for the video of the album’s duet with Chance, “LSD” (a competition won by Ashley Hulcochea, a senior at Prosser Career Academy). The video was released in August—two months before the physical release of “HEAVN.” 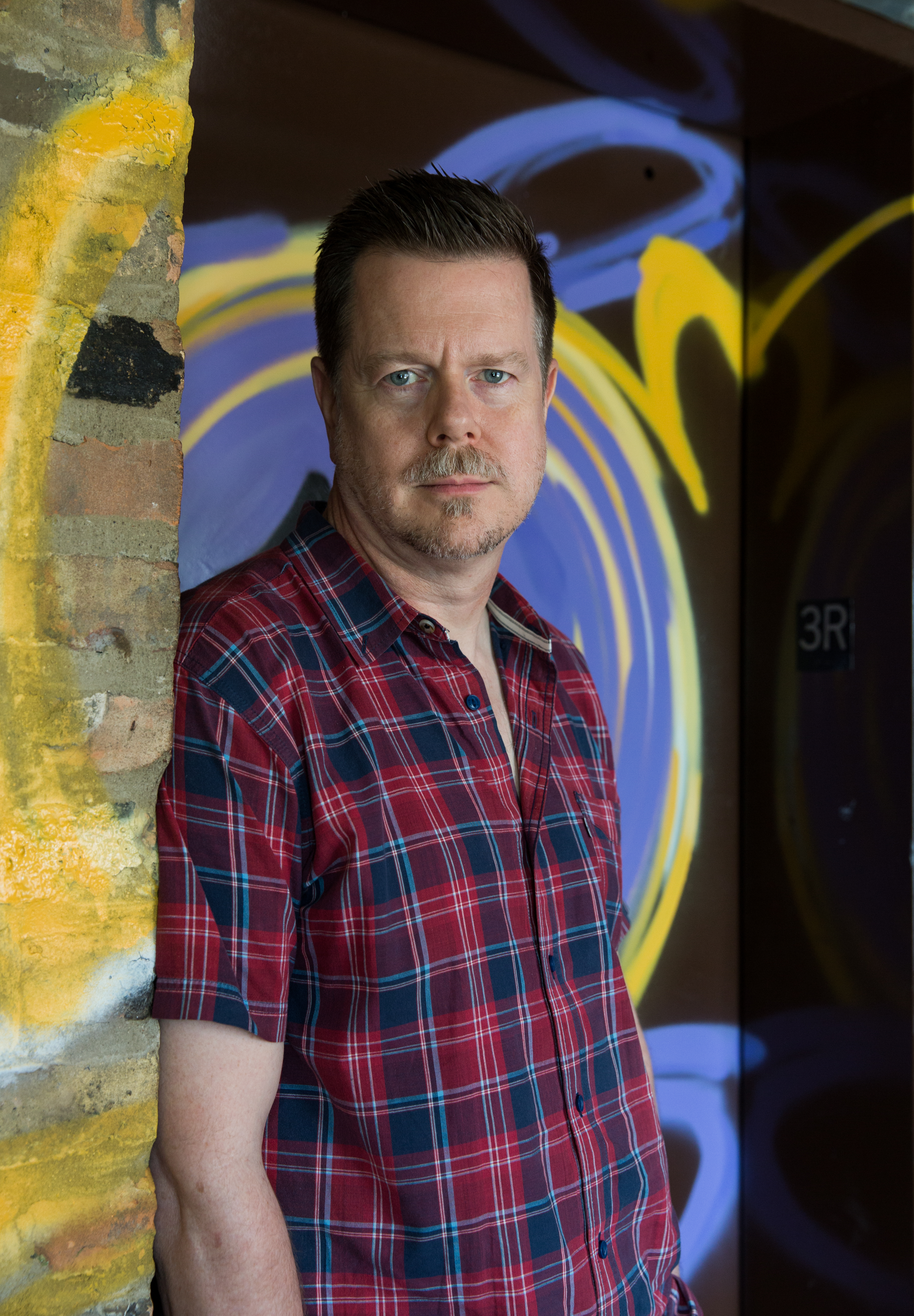 25
Ken Vandermark
The jazz composer and multi-instrumentalist continues to accomplish more in a two-year span than many artists accomplish in a decade. Since we last profiled him in 2016, he’s started a Chicago-based ensemble called Marker, whose debut album, “Wired for Sound,” was critically acclaimed when it dropped in December. But Vandermark’s discography swelled far beyond that, with half a dozen releases with other bands, as well as a collaboration with pianist Michael Snow (“Duol”). He tours extensively, both stateside and abroad, continues to co-program the weekly Option music salon at Experimental Sound Studio, organizes the Audiographic Records label for Catalytic Sound, and writes erudite liner notes for a range of other artists’ releases.

26
Noname
Noname’s moniker is entirely irrelevant, and it’s almost like she has come to have this name as a way of illustrating how inconsequential a name can be. That’s especially the case after you see her rap, and all comparisons to other hip-hop artists, female or male, Chicagoans or not, become entirely irrelevant, too. Noname gained name recognition after doing slam poetry, placing third in Chicago’s Louder Than A Bomb competition, and she got to know Chance The Rapper as a teen participating in Chicago Public Library’s YOUMedia project. She contributed verses to both his “Acid Rap” and “Coloring Book” mixtapes, and has also spit verses for Mick Jenkins, Saba and Smino. Although it took her three years to produce her debut, 2016’s “Telefone,” it was worth the wait. Noname is playing a slew of festivals in the United States, U.K. and Europe (including Chicago’s Pitchfork) this summer and fall.

27
Ravyn Lenae
Lenae is still a teenager (she turns twenty in January), yet the R&B singer-songwriter has the sheer drive of a to-the-manner-born diva. While in high school, she self-released an EP, “Moon Shoes,” which was sufficiently revelatory to land her a contract with Atlantic Records. With a major label behind her, Lenae found herself rubbing shoulders—and making music with—established Chicago artists like Mick Jenkins and Noname. A second EP, “Midnight Moonlight,” dropped in 2017; a third, “Crush,” in January of this year, was produced by Kendrick Lamar collaborator Steve Lacy. At this rate, Lenae may be a soul-music superstar before she’s old enough to drink. 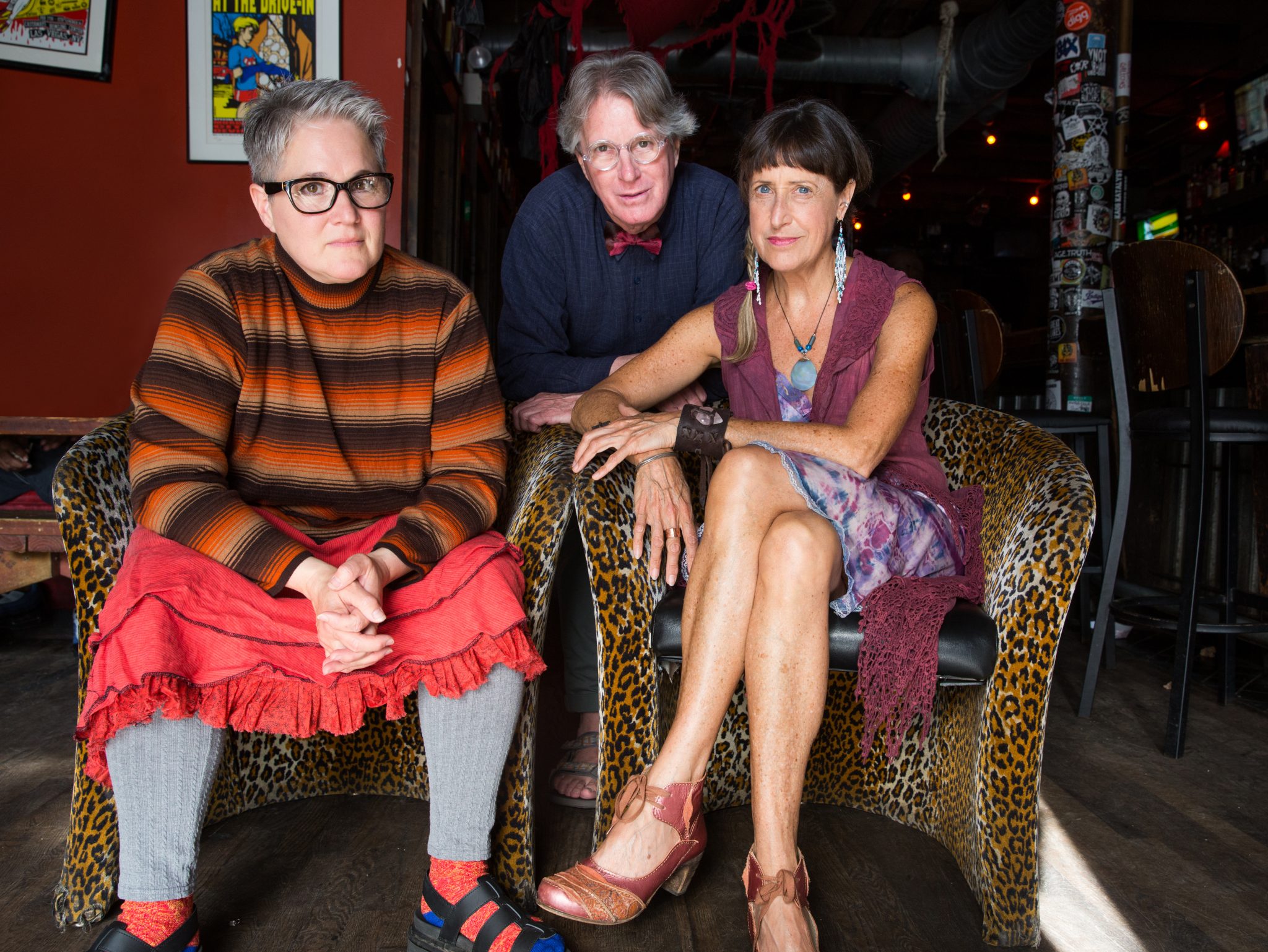 28
Sons of the Never Wrong
In 2017, the folk trio—comprising singers-songwriters-multi-instrumentalists Sue Demel, Deborah Lader and Bruce Roper—celebrated their twenty-fifth anniversary in high style, with the release of their tenth studio album, “Song of Sons,” plus a series of celebratory concerts that played out like pagan lovefests. There were also the expected tributes and encomiums in a wide swathe of local media (including this magazine—which called them “a folk music representation of Freud’s id, ego and superego”). The Sons have since begun their second quarter-century with another series of concerts, and will be recording an online video series—the first time, amazingly, that the venerable trio will have been captured live. “We still have work to do as a band,” says Lader, “and important things that we want to share with people.” Meanwhile, Roper is developing a stage musical (working title: “Someone’s Mom Will Die at Starville”), incorporating material from the band’s catalog over an all-new narrative. “We’ve often talked about having a vehicle to hang the Songs on,” he says. “With fembots and kickboxing,” adds Demel.

29
Anita Wilson
Chicago’s gospel community has been a thriving part of the city’s musical landscape for decades, and occasionally its vitality seizes well-earned national attention. Such is the case with singer Anita Wilson, whose jazz-inflected “Sunday Song” (released on her own label, Reflection Media) earned a Grammy nomination this year for Best Gospel Album. Alas, Wilson missed out on the statuette (it went to CeCe Winans), but reaped rapturous press along the way. It was the third Grammy nod for Wilson—daughter of a Baptist pastor who’s been singing since the age of six—which consolidates her status as one of the gospel scene’s most prominent talents.

30
Patricia Barber
The decades-long trajectory of Patricia Barber from innovative jazz piano player who sang and wrote songs, to sublime multi-genre composer who is a virtuoso pianist and vocalist extraordinaire, is a uniquely Chicago story. Without the Green Mill, which Barber has used as her Monday night laboratory for over a quarter century, it is doubtful that Barber would have sought to stretch to the degree she has without a regular devoted audience that savors stretching with her. Barber’s pianism has become so expansive that her once roaming quartet is now a leaner, more dense trio. Her harmonic vocabulary has become as rooted in contemporary classical sonorities as in the Great American Songbook. Songs have become lieder that marry music and drama. Lyrics have become poetry. And Barber’s vocal delivery of even material she wrote for the likes of a radiant voice such as Renée Fleming, are no less compelling.