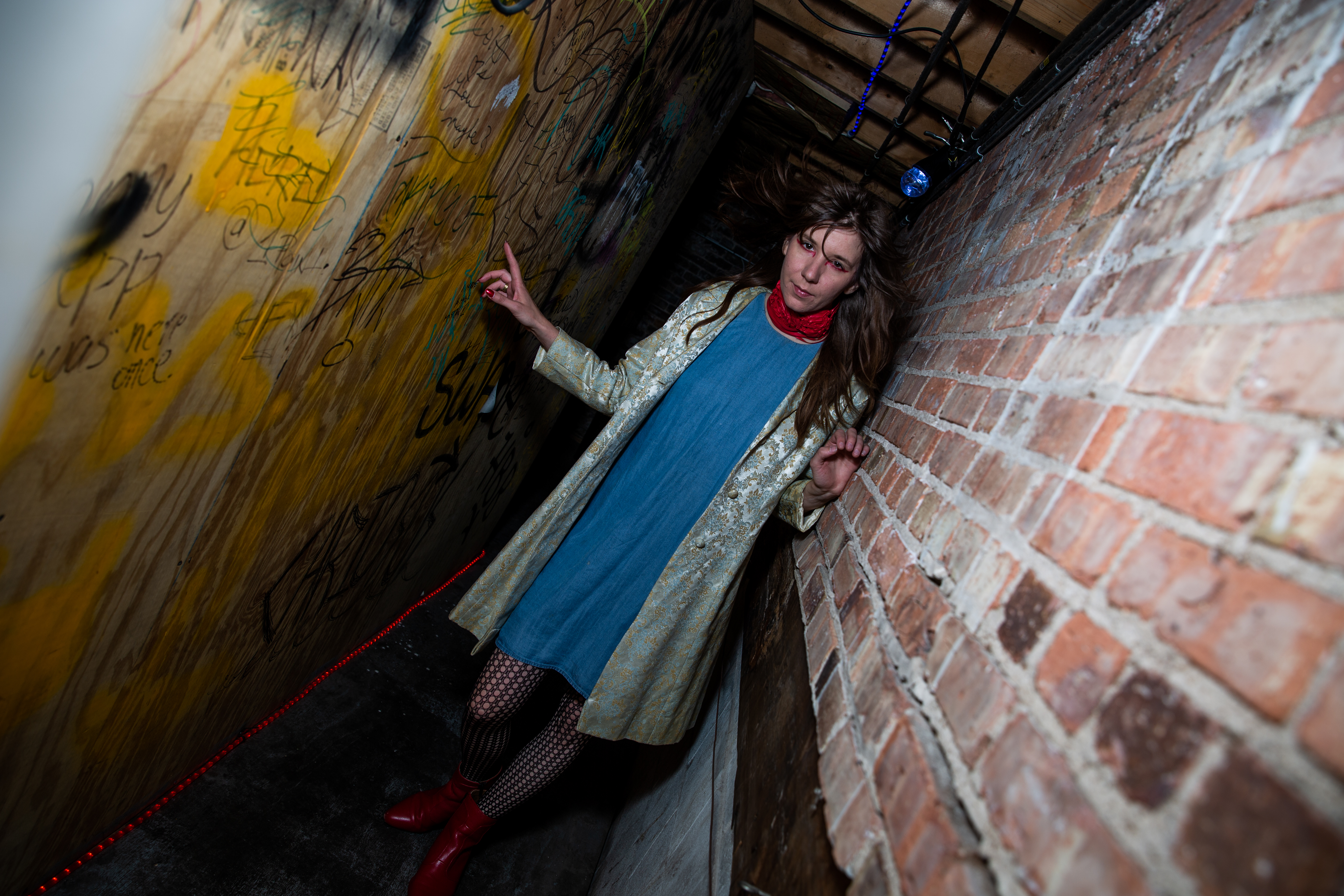 31
Haley Fohr
If all that you knew was that Haley Fohr had a four-octave vocal range (when it’s not raining) and hailed from Bloomington Indiana, you might expect the soprano histrionics of a Mariah Carey-type; but the music of Circuit Des Yeux is the polar opposite. Fohr dwells in her baritone range, with spare, dark, borderline gothic arrangements. Her fifth full-length, 2017’s “Reaching For Indigo” is her most accomplished and fully fleshed album, aided by deep electronic underpinnings and thoughtful production from Fohr and Cooper Crain. This summer saw the release of the fourth single, “Falling Blonde” and an accompanying black-and-white video, produced, directed and starring New Zealand artist Veronica Crockford-Pound. Fohr’s been a Chicagoan for six years, but won’t be home much this year, as she tours the Midwest (including Pitchfork), Scandinavia in the fall, and debuts her soundtrack to the Charles Bryant 1923 silent film “Salomé” in New York.

32
Jon Langford
Described as “l’homme de Renaissance of indie rock” on the Bloodshot website, the Welshman-cum-Chicagoan Jon Langford has done it all. As a founding member of Leeds art/punk collective The Mekons, his country inspirations and impulses drove their rocking, aggressive roar into unique musical directions on records like “Fear and Whiskey,” “Honky Tonkin’,” “Rock’n’Roll” and most recently, 2016’s “Existentialism.” His alt-country side projects are too numerous to catalogue but include The Waco Brothers, Pine Valley Cosmonauts, Skull Orchard and Jon Langford’s Four Lost Souls, his quartet whose debut dropped in 2017 to rave reviews (including one from this magazine). A skilled artist and painter, Langford has also created lots of cover art and comic strips, written books, produced many records and contributed guitar work to recordings by the Old 97’s, Rosie Flores, Kelly Hogan, Andre Williams, Alejandro Escovedo and fellow Mekon Sally Timms. Equally important, he’s as nice as he is prolific.

33
Ryley Walker
Never mind his instrumental collaborations with Bill MacKay, Ryley Walker’s solo records are when we see his heart on his sleeve, and he’s done the utmost on his new record “Deafman Glance.” He offers over 1,200 words about the record on his website, but the gist is it was a tough record to make: “I went in expecting to make a fucking masterpiece, but I kept hitting a brick wall.” He didn’t want to be “jammy acoustic guy anymore. I just wanted to make something weird and far-out that came from the heart finally.” He also didn’t want to be the “nineteen-gin-and-tonics-Ryley any more” so recently quit drugs and drinking and his “brain is working a little better now.” Walker refers to “Deafman Glance” as a love letter to the sounds and silences of Chicago, and he’ll tour the United States to promote it throughout September, October and December. 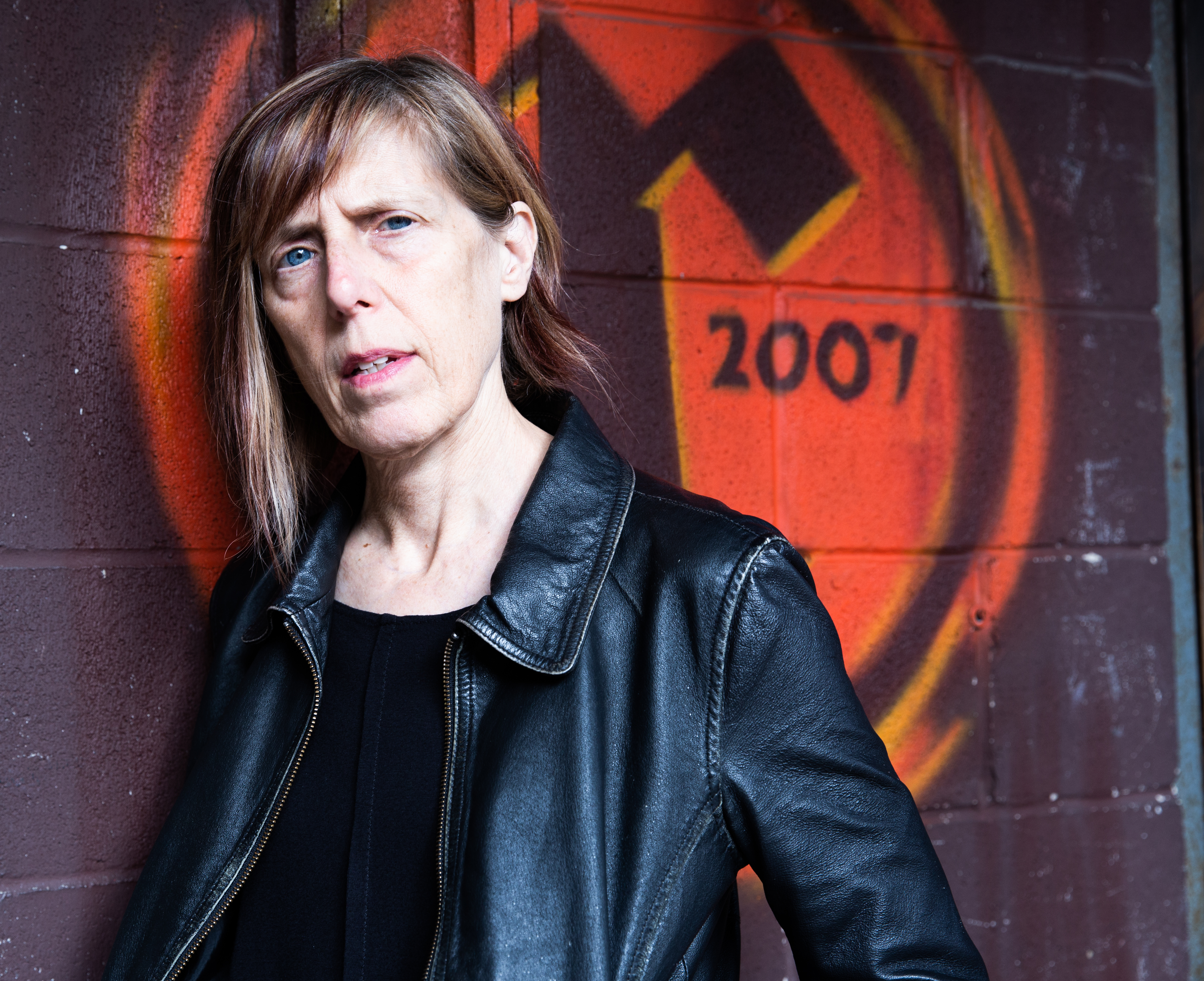 34
Helen Money
Helen Money is the latest identity and project of metal cellist and composer Alison Chesley, who recently returned to Chicago after a sojourn of several years in Los Angeles. “We loved L.A.,” she says of herself and her boyfriend, also a musician, “but we missed the community and the scene here in Chicago; particularly the jazz clubs, like Constellation and Hungry Brain and The Whistler.” In autumn 2016, Helen Money released “Become Zero,” written after the deaths of Chesley’s parents. The album—which uses distortion and other effects to sonically evoke grief and transcendence—has been widely acclaimed. She’s working on a follow-up, which she plans to record this summer, and has been awarded a grant from the city to produce a fully-orchestrated performance of three of the new album’s pieces, which she’ll mount toward the end of the year. 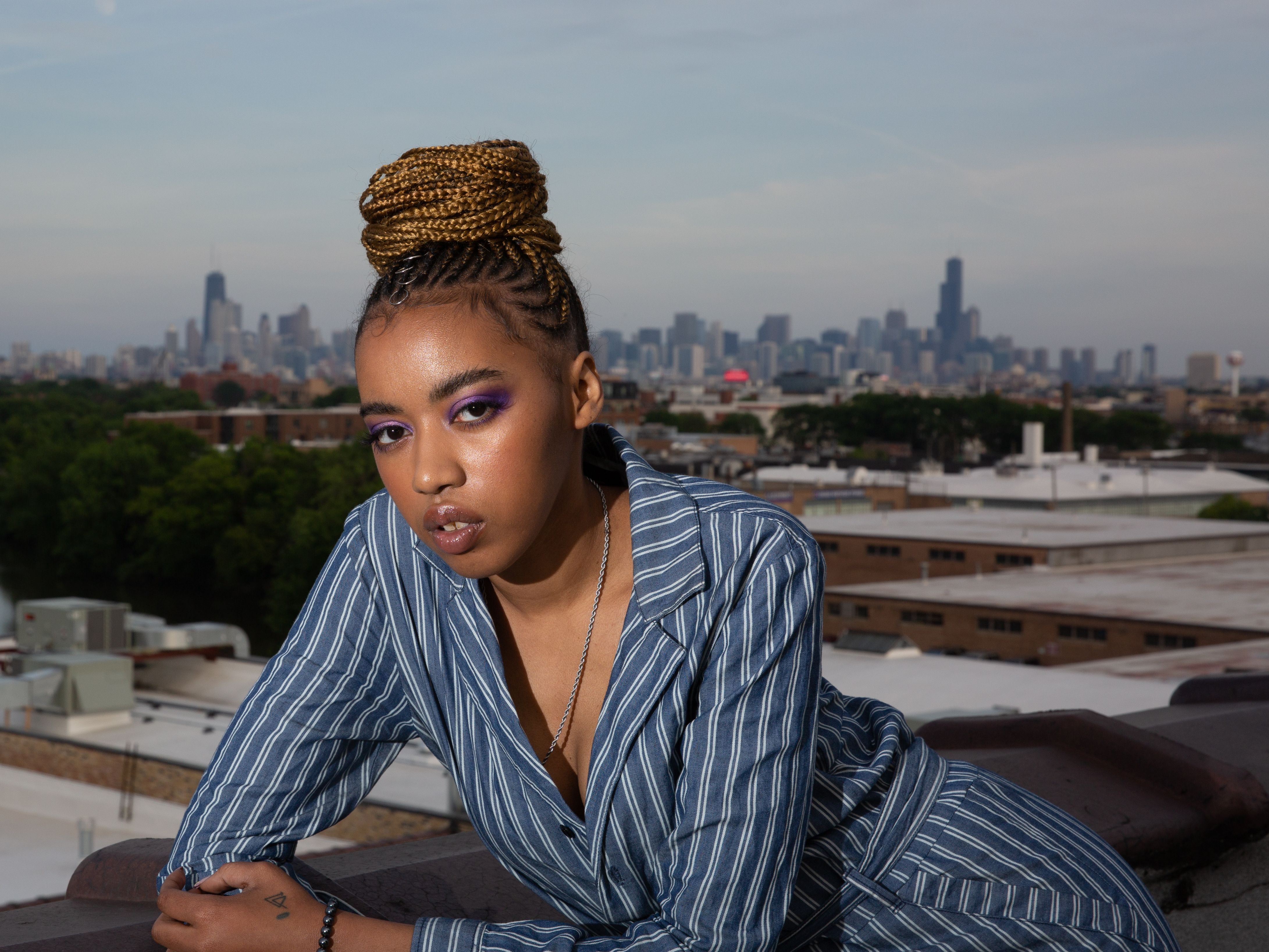 35
Jean Deaux
Briefly a protégé of Saba, Deaux’s arrived on the scene as a rapper, and her razor-sharp rhymes drew plenty of attention. But heads swiveled when she revealed her singing chops. The cascade of gorgeous, candy-colored vocal overlays that opens her 2017 single “Wikipedia” recalls seventies R&B at its most seductive; her release for Valentine’s Day 2018, “Due to Me,” ratchets up the temperature to torrid levels; and “Energy,” which followed in May, playfully launches into its bouncy EDM groove with Deaux ironically lamenting, “I don’t like it / I don’t like it all / I don’t like your energy.” She pulls surprises out of her sleeve at regular intervals; a natural video performer, last year she stepped behind the camera to direct Smino’s “Anita” (in which she also co-starred), and it’s as visually lush and textured as her music. She returned to direct the rapper’s 2018 video “Wild Irish Roses.” An eagerly anticipated EP (her third) is due later this year. 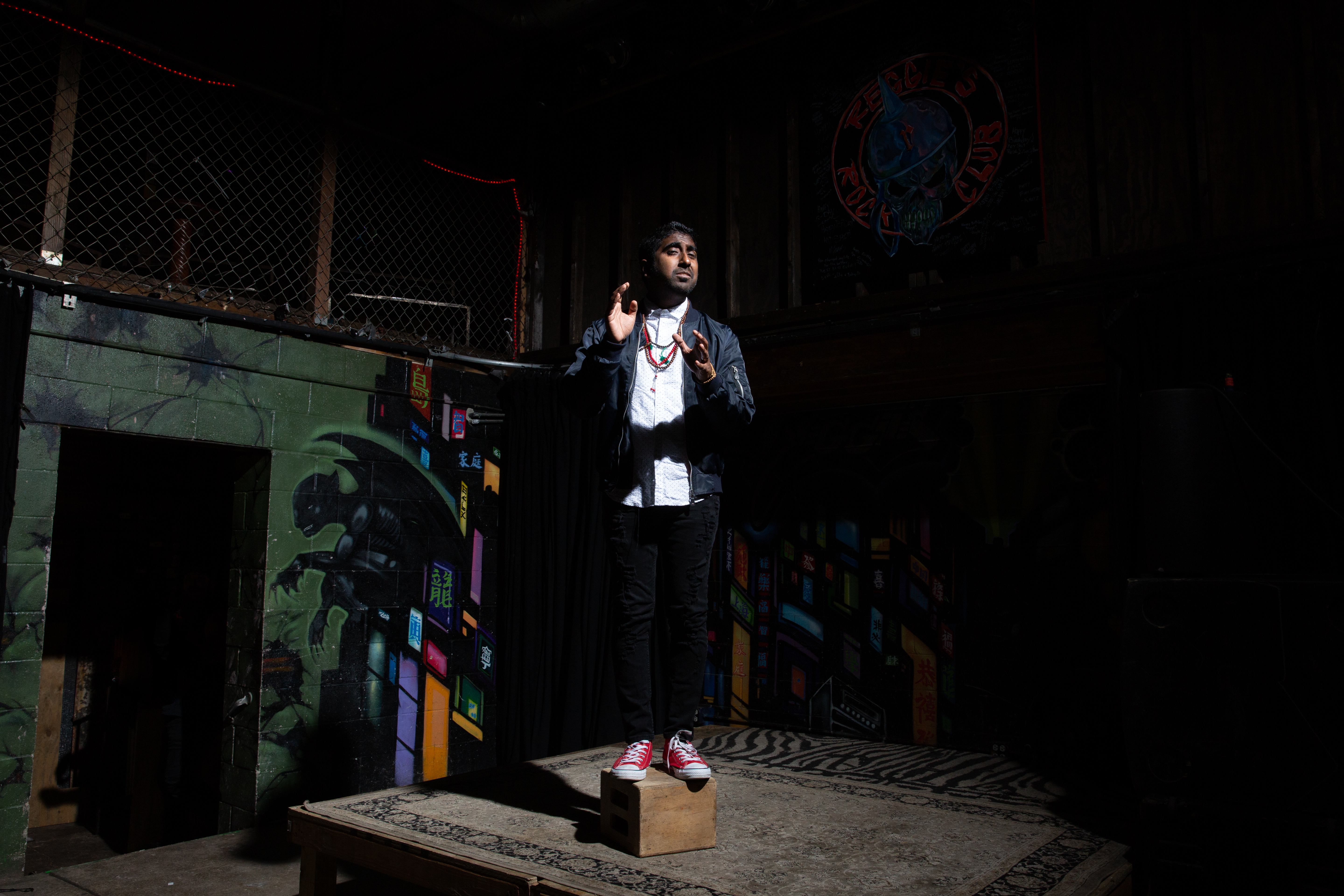 36
Zeshan B
Chicago’s multicultural melting pot served up a winner in Zeshan Bagewadi. His parents are Indian Muslim immigrants; his music is rooted in gospel, blues and funk; and his debut album, 2017’s “Vetted,” features heartfelt, high-art crooning in three languages: English, Urdu and Punjabi. The result of the layered influences might have been passionate but unfocused, but Bagewadi weaves them not simply into coherence but transcendence. The album hit number eight on Billboard’s World Music chart and scored enthusiastic reviews. Now he’s touring up a storm, earlier this summer landing at both Lincoln Center in Manhattan and the Bonnaroo Festival in Tennessee. If any artist is equipped to bridge the cultural divide between those two venues, it’s this one.

37
Rob Mazurek
The Chicago-bred composer-cornettist now hangs his hat in Marfa, Texas, but creatively maintains what he calls “deep ties” to his Midwestern hometown. Since 2016, he’s been involved in many performances, projects and sound installations here, including 2017’s “Psychotropic Electric Eel Dream IV” at Lincoln Park Conservatory Fern Room (incorporating sounds generated by electric eels) and an experimental film, “The Farnsworth Scores” (made with filmmaker Lee Anne Schmitt), in which Mazurek “captures the interaction between humans, nature and architecture” at Mies van der Rohe’s Farnsworth House in Plano, Illinois. 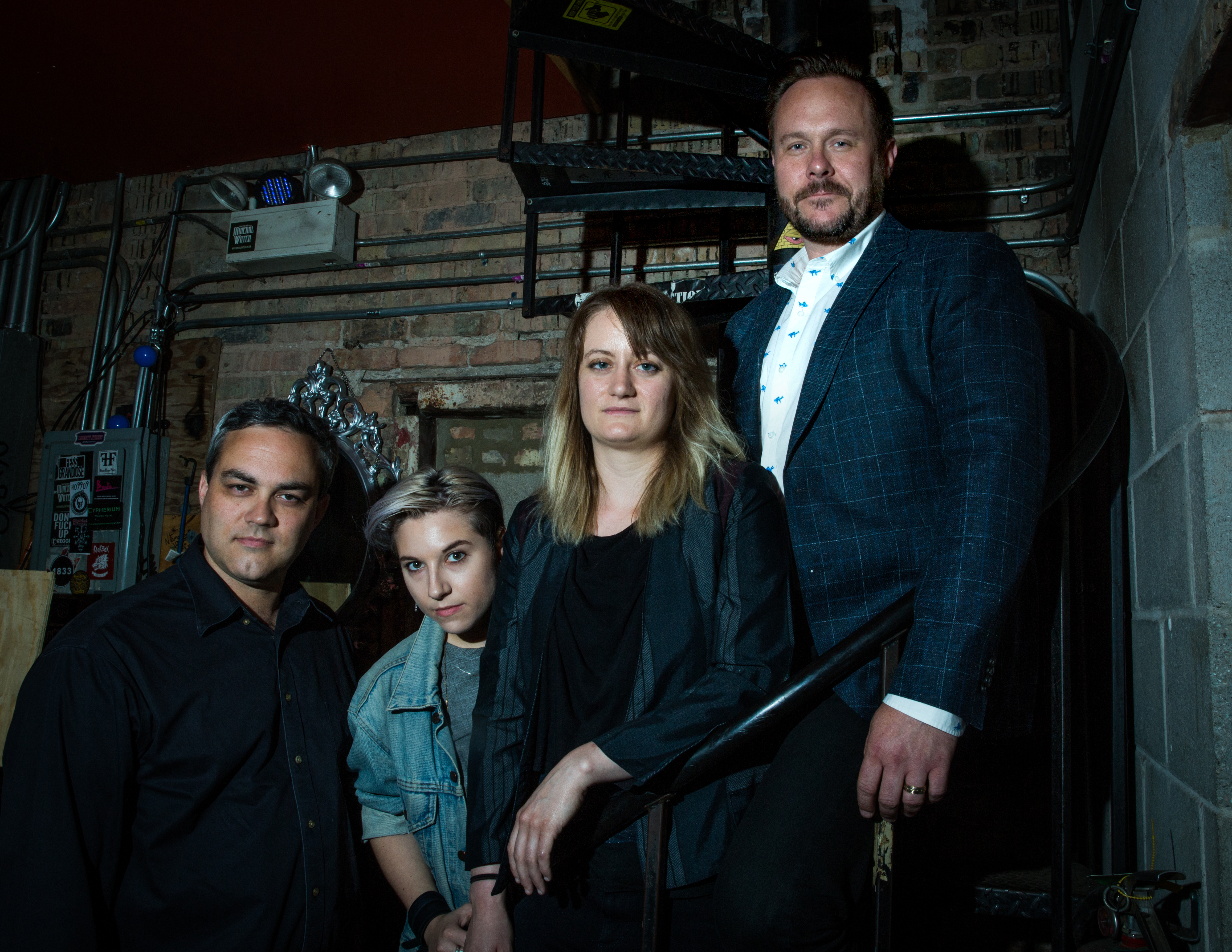 38
Spektral Quartet
The dauntless string ensemble has made a personnel change since our last check-in, with violinist Maeve Feinberg replacing the departing Austin Wulliman. The switch didn’t cause the group’s upward trajectory so much as a bobble. In 2017 they earned a Grammy nomination for “Serious Business,” an album exploring humor in music that featured three pieces written by Chicago-affiliated composers; the year also brought them a citation by the Tribune as “Chicagoans of the Year” in the classical category. As usual, the quartet’s calendar was packed with performances and events, many involving outside-the-box collaborations with other Chicago artists and artisans, including actor-improviser Michael Patrick Thornton, printmaker Ben Chlapek and Illuminated Brew Works.

39
Towkio
The twenty-five-year-old rapper, who made a name for himself as a mixtape maestro and member of the SaveMoney crew, released his debut album in February to generally positive, if sometimes bewildered reviews. “WWW,” produced by Rick Rubin, is cheekier, dreamier and more whimsical than the hip-hop landscape is accustomed to. But Towkio hasn’t lacked for either audacity or bravado in the promotion of the album: he rode a helium balloon into the stratosphere, a hundred-thousand feet above the terra firma, so that he could literally “drop” the album. It’s the kind of grandstanding wit that either wins you over, or WTF’s you. Fortunately for Towkio, he’s winning that coin toss.

40
Mucca Pazza
The thirty-piece pomo marching band is still thriving after creating a genre so singular that no one appears to have followed their lead. Part instrumental daredevils, part rollicking performance artists (with well-worn school band uniforms, choreography and cheerleaders), the troupe is a natural favorite at festivals, despite which it has earned a reputation for serious musical chops, as at home in Stravinsky as in Sousa. This spring Mucca engaged Chicago Sinfonietta in a “battle of the bands” set to Prokofiev’s “Romeo and Juliet Suite.” (They’d previously faced off in 2014.) As for the year ahead, Mucca plans to release more tracks, videos and merry mayhem.