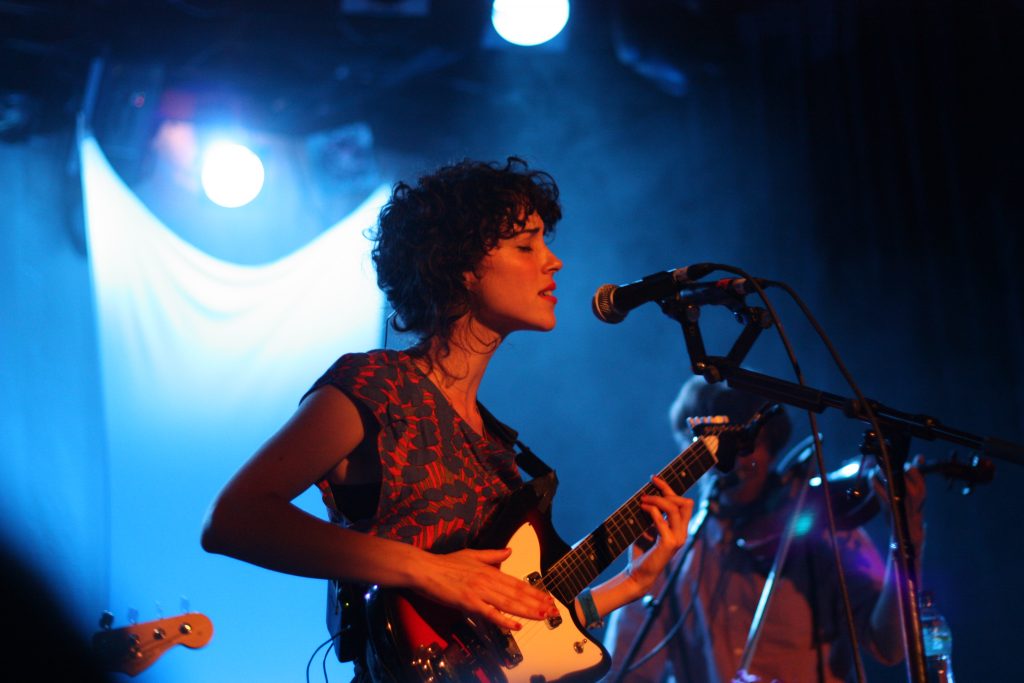 Is it ironic, or sad, or simply inevitable that during the year in which we celebrate the twenty-fifth anniversary of Liz Phair’s “Exile In Guyville”—a bracing musical takedown of male privilege and prerogative, and one of the most noteworthy albums to spring out of the same early-nineties music scene that gave us Lollapalooza—we feminist fans of that iconic music festival are experiencing an exile of our own?

As has been duly, angrily noted by various and sundry music critics—not to mention the feminist blogosphere—Lollapalooza 2018 has a woman problem. In truth, it’s been ever-thus. The brainchild of Jane’s Addiction frontman Perry Farrell, Lollapalooza launched in 1991. Its roots lie in that era’s garage-rock scene, which was heavy on angsty, angry male energy, and light on forceful female acts (at least until later in that decade).

Given the events of the last year—the rise of Time’s Up, the newfound force of #MeToo, and the emerging consensus that the privileging of all things male is both politically unacceptable and more than a little passé—some of us dared to hope that Lolla might finally discover its inner feminist.

The problem isn’t just the overall absence of estrogen at this year’s festival, evident in the all-male headliners, the fact that only about twenty percent of the featured artists are women, the indignity of seeing the majority of female performers relegated to the bottom half of the festival poster (as literal a demonstration of the idea that men in music remain on top as ever I’ve seen). The problem extends to the music itself.

Lollapalooza 2018 is all about electronica, arguably the most male-driven of the contemporary music genres. And the lineup of rap and hip-hop artists, impressive though it may be, is decidedly short on female names. This in spite of the fact that Chicago is home to some of the most unapologetically feminist rap and hip-hop around (FM Supreme, Sasha Go Hard and Noname, I’m talking about you).

And with a handful of noteworthy exceptions—more on that to come—many of the biggest female names on the Lolla 2018 roster are apolitical pop stars of the decidedly un-feminist variety. Note to festival organizers: feminine and feminist are not synonyms, and individual agency does not a political statement make.

And yet. As has always been the case with Lolla, if one digs deeply enough, there’s always a tiny little feminist festival to be found. With so many acts to choose from, there’s bound to be. So read on for an admittedly subjective, decidedly short list of artists who will be speaking—and singing—truth to male power at this year’s festival. And see you at Grant Park. 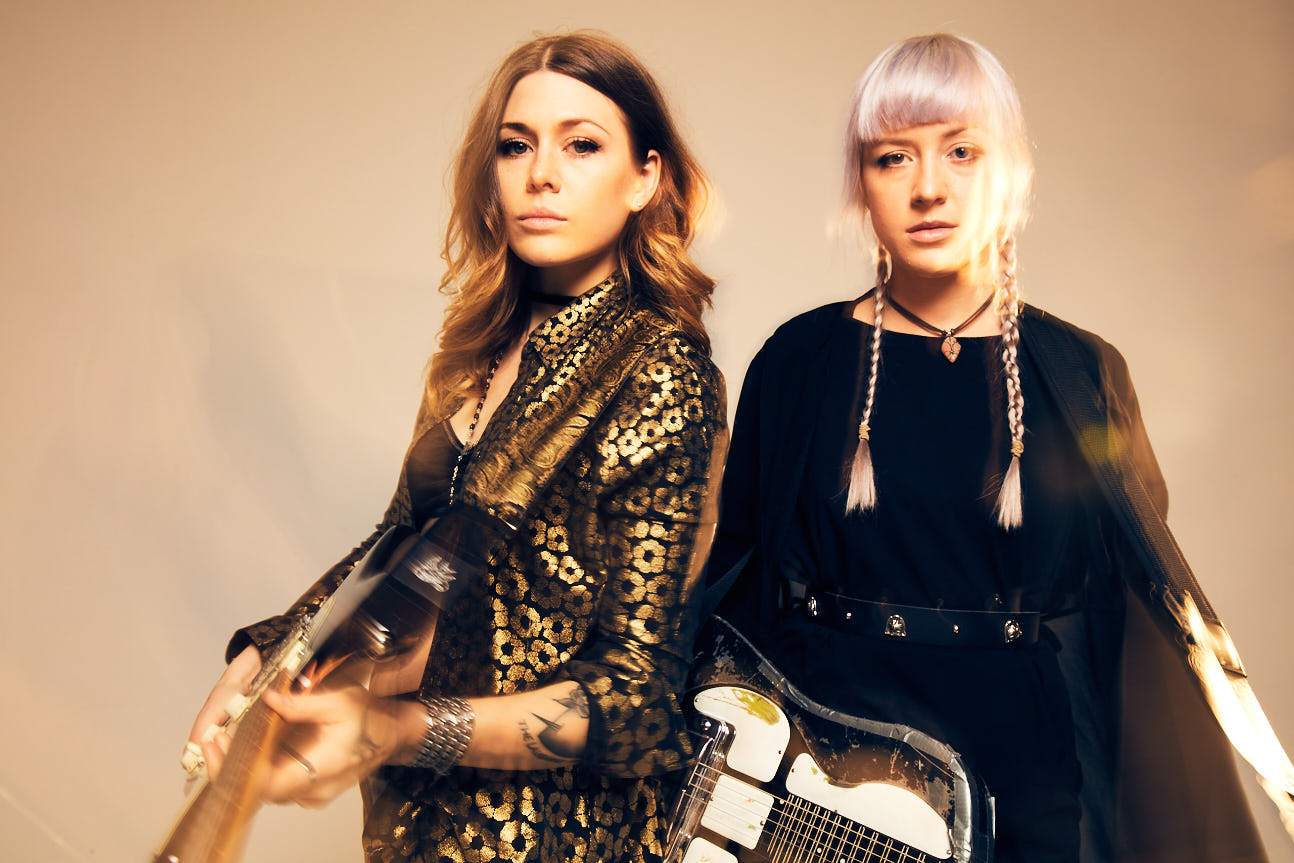 Larkin Poe
1-1:40pm, BMI
The roots rock band, fronted by Atlanta-born sisters Rebecca and Megan Lovell, is a family affair all around, taking its name from the singers’ great-great-great grandfather. These former session players make the kind of old-school country music we hear too little of. They’re also master reclaimers, putting a sisterly spin on blues roots classics originally made notable by iconic male performers and bands, including Son House, Robert Johnson and Lead Belly.

Chvrches
6:45-7:45pm, Grant Park
I really like this indie electronica band (with a shot of power pop thrown in to sunny up the mood). But I love singer Lauren Mayberry. Whether she’s penning an exposé about misogynist online trolls for the Guardian or publicly taking down a male audience member who shouted out a marriage proposal during a recent NYC performance (“What’s the hit rate on that, when you go to public places and ask women you don’t know if they want to wed you? Does that work out well for you, sir?”), Chvrches’ frontwoman is straight up, straight on and absolutely in command of her voice. 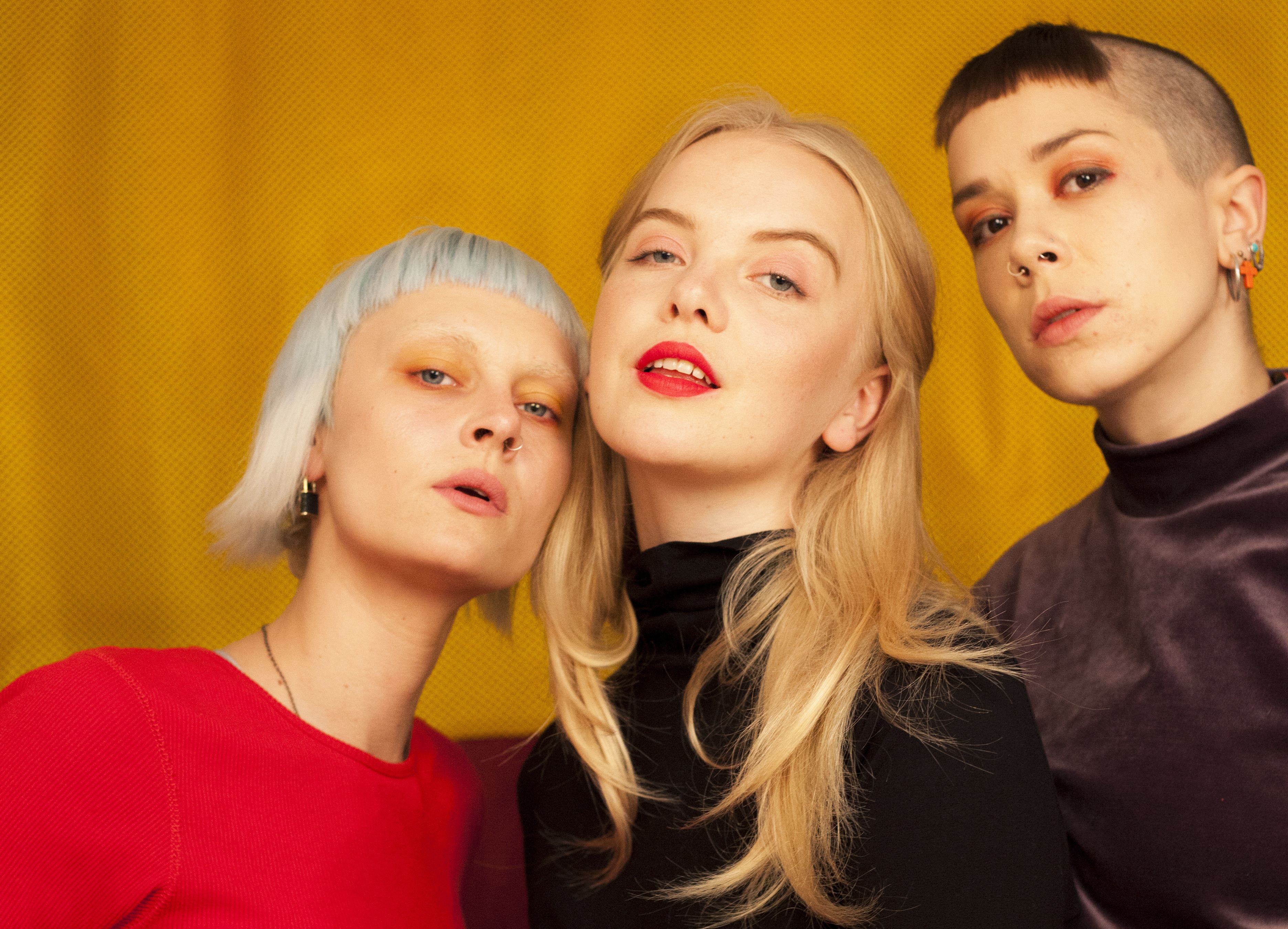 Dream Wife
12:15-1pm, Lake Shore
On their self-titled 2018 debut album, the London art school trio of Alice Go, Bella Podpadec and Rakel Mjöll make angry yet still infectious punk. Whether exploring rape culture or the cruel realities of female aging, there’s always an overarching theme at play: the ebb and flow of female power. When Mjöll sings “I am not my body / I am somebody,” it sounds like a mantra. Or maybe a prayer. 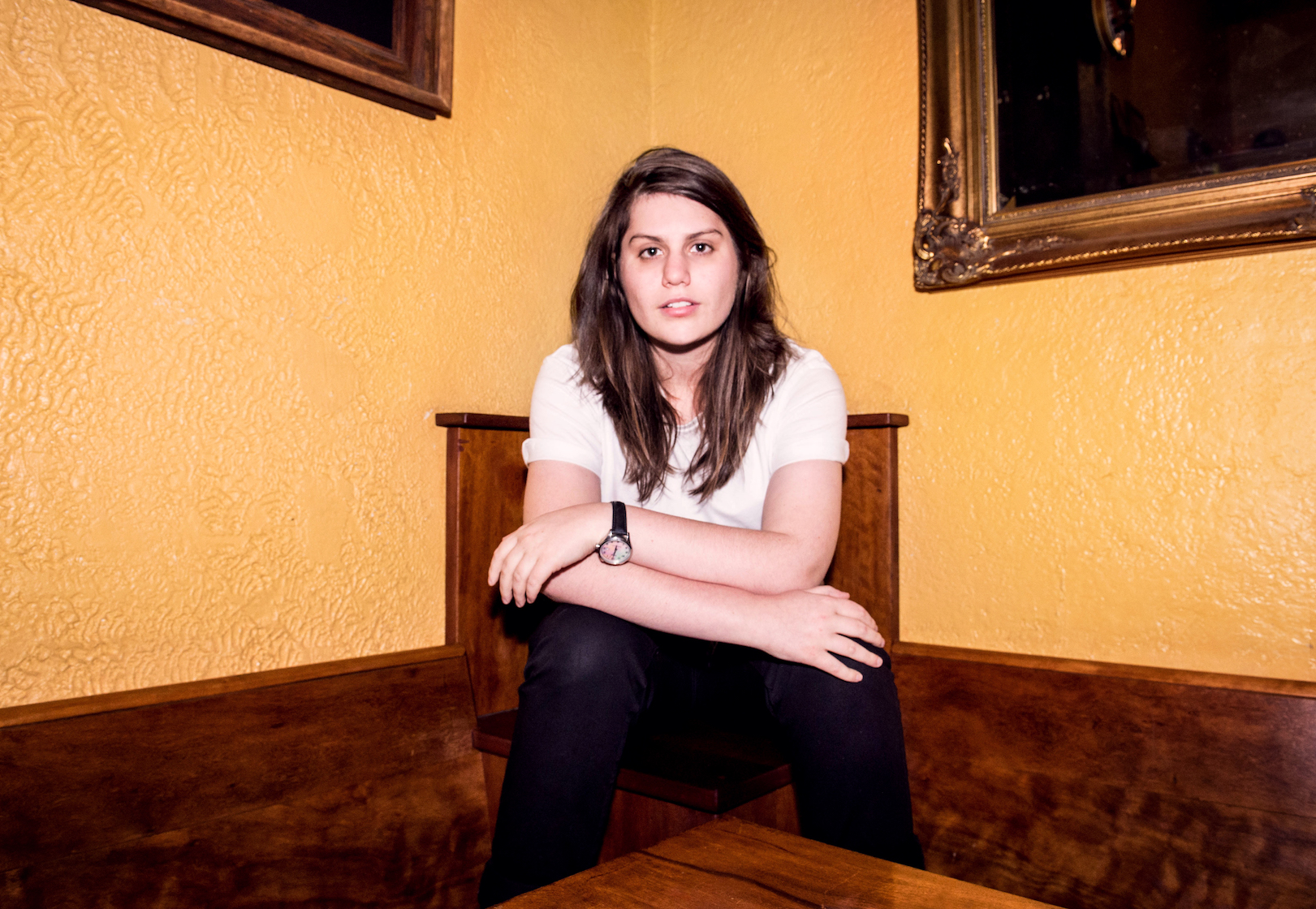 Alex Lahey
1-1:45pm, Grant Park
The twenty-four-year-old Aussie makes the sort of punk-influenced power pop that the world needs right now. It’s fun without being frivolous, fueled by a grinding guitar and Lahey’s gimlet-eyed view of the world. Whether she’s mocking a man for his “Barbarella” poster or riffing on how different her life might be if she hadn’t attended a “B” university, she looks closely at the little stuff. If songcraft mattered more than star-making machinery—something Lahey seems to eschew—“I Haven’t Been Taking Care of Myself” would be the song of the summer. 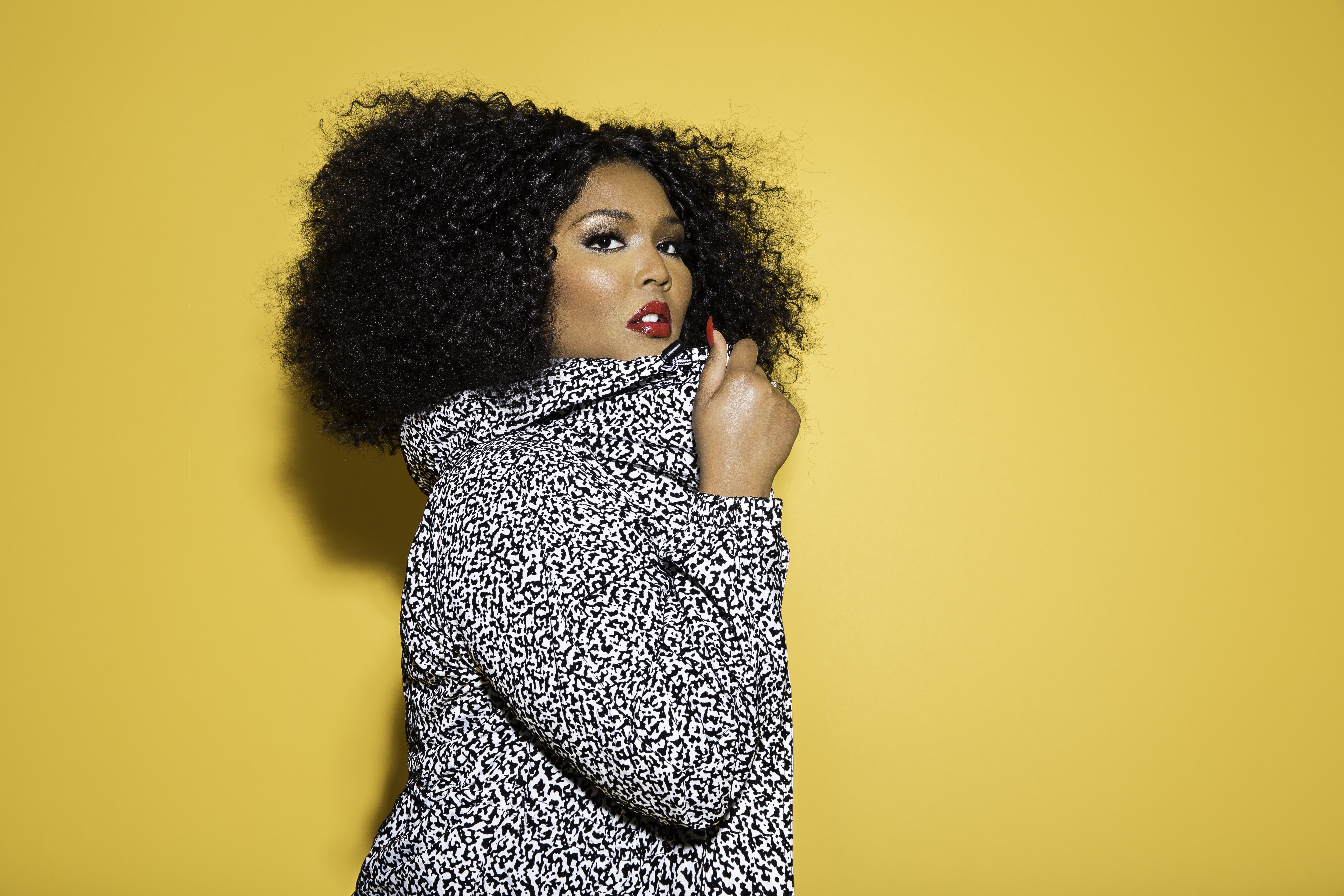 Lizzo
3:45-4:45pm, Tito’s Handmade Vodka
Fearless, feminist and body positive, Lizzo makes music that makes female empowerment look like a hell of a lot of fun. The Minneapolis rapper’s latest single, “Boys,” is all about what it means to be a girl—or a woman—at home in her sexual power. “Baby, I don’t need you / I just want to freak you,” she sings to a prospective lover. Is she issuing a warning, or a reassurance? Whatever she’s doing, it sounds really, really good.

Yungblud
1-1:45pm, Bud Light
The right-this-moment indie rocker from Doncaster comes by his talents genetically: he’s the grandson of a session player for T. Rex, the late, great seventies-era glam rock band. Yungblud writes genre-bending protest songs from a decidedly feminist perspective. Notable right now is “Polygraph Eyes,” an admonition to every guy looking to take advantage of a girl unable to give consent: “You hear what you want when she can’t even talk / leave it alone mate / she doesn’t want to go home with you.” He’s that rare sensitive guy who rocks out with searing force: proof positive that you don’t have to be female to be feminist. 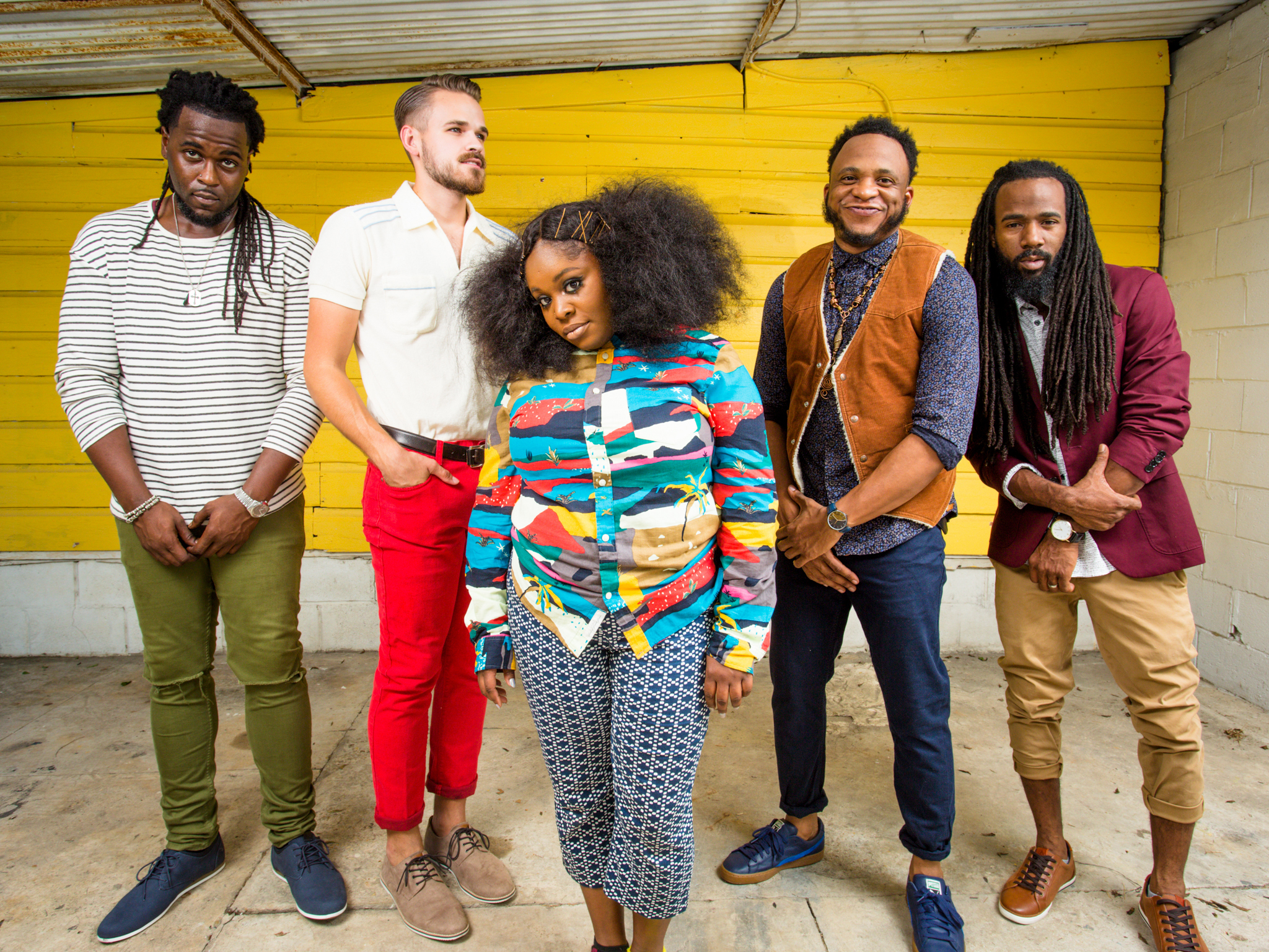 Tank and the Bangas
1:45-2:45pm, Tito’s Handmade Vodka
The five-piece group from New Orleans—led by singer and poet Tarriona “Tank” Ball—genre-busts in the most inspired ways. The music—a hybrid of soul, hip-hop, electronica and big band jazz—is wild and improvisational. It’s a band that’s never, ever the same act twice. But the main attraction is Tank herself, who commands the stage with the swagger only a seasoned spoken-word artist could muster.

St. Vincent
6:45-7:45pm, Bud Light
Perhaps the most notable indignity of Lollapalooza 2018 is the fact that St. Vincent—with her extraordinary body of work and her outsize talent as a musician and performance artist—isn’t a headliner. The gender- and genre-fluid singer has always refused to be contained by categories, sexual or musical. And her 2017 single, “Los Ageless”—an exploration of Hollywood’s cosmetic surgery culture that manages to be both danceable and creepy—is one of the best songs she’s recorded. Must. See. 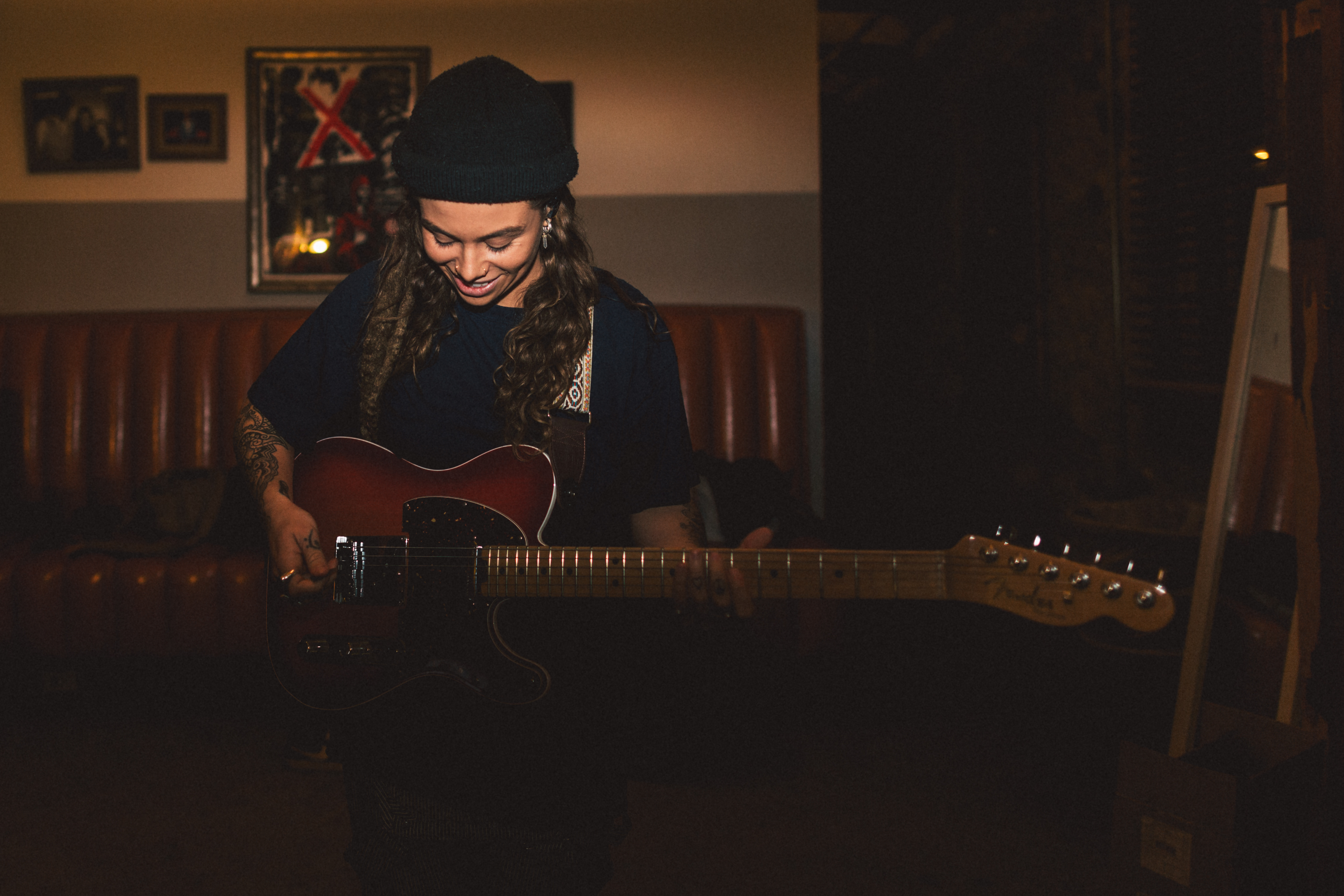 Tash Sultana
7:45-8:30pm, American Eagle
The extreme multihyphenate—she sings, she writes songs and she plays twenty instruments with a sort of manic energy that it’s hard to look away from—is one of the best live performers around. No surprise there: Sultana has been making music since she was three and began her career busking on the streets of Melbourne. Watching her perform brings to mind a young Nina Simone: lost in the reverie of her performance, she is at once energized by her audience, and oblivious to it. There’s genius at work here.

Freya Ridings
Noon-12:45pm, Lake Shore
The London-based singer and pianist is in possession of one of the purest, prettiest voices you’ll ever hear. A modern-day Tori Amos with a soft spot for slow songs, Ridings has mastered the art of writing ballads that never bore, about women who love till it hurts but never lose an ounce of dignity in the process. Bonus: her latest single—watch for it as an encore at Lolla—is an inspired cover of the Yeah Yeah Yeahs’ “Maps.” 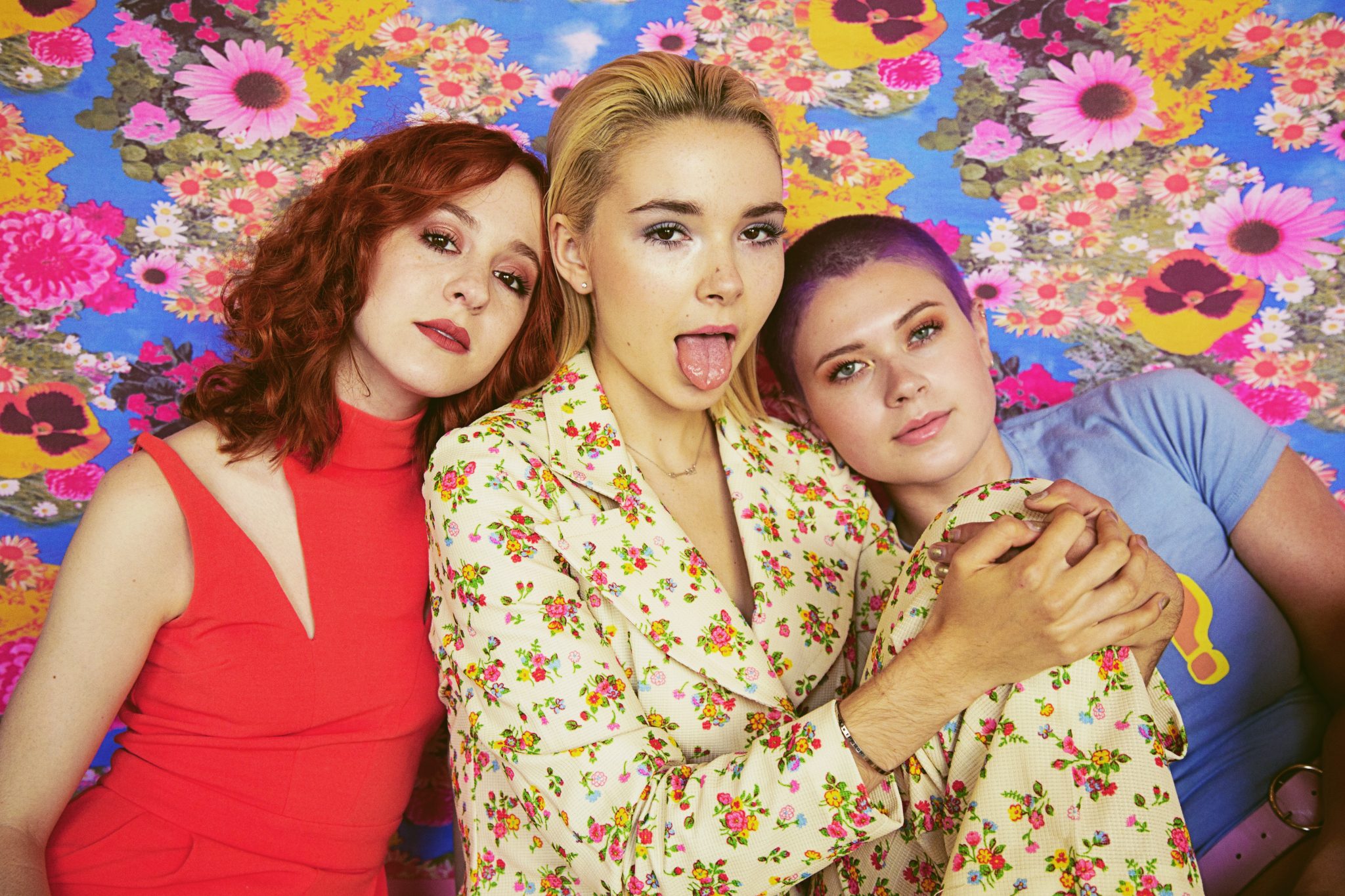 The Regrettes
12:45-1:30pm, Grant Park
If you’re going to puncture the patriarchy, why not do it with a wink and a nod? “A Living Human Girl”—the band’s brilliant, bebop-able takedown of the female beauty myth—manages to be both teen-specific and timeless. If you’re a woman (any woman; every woman), that song, and the band’s entire body of Ronettes-influenced music, is for you.

Durand Jones & the Indications
1:30-2:30pm, Lake Shore
The best old school soul has always viewed the everyday female experience with a rich and informed sympathy (exhibit A: Otis Redding’s “Try a Little Tenderness”). Durand Jones & the Indications mine that same territory, most notably in their recent single, “Make A Change.” A searing and sensitive exploration of the factors that might drive a woman to “work in the streets,” it calls for a change in her but also—more importantly—a change in us. When Durand Jones issues his musical plea (“She’s got to make a change / We’ve got to make a change), it serves as a reminder that political systems and not just personal choices drive poverty, exploitation and a world of female pain.

Jessie Reyez
2:50-3:30pm, American Eagle
The Canadian-Colombian songwriter’s debut track, “Figures”—a spartan, almost a capella-sounding exploration of a romance gone sad and then bad—peaked at fifty-eight on the Canadian Hot 100 in 2016. And while Reyez’s sound transfixes, it’s her take-no-prisoners vibe—the “Figures” video opens with her smashing a guitar, Pete Townshend-style—that signals she’s not to be trifled with. Moving from the personal to the political, Reyez’s 2017 release, “Gatekeeper”—a #MeToo anthem if ever there was one—explores the sexual harassment she experienced at the hands of a powerful producer, not so long ago. I can’t wait to see what she takes on next. 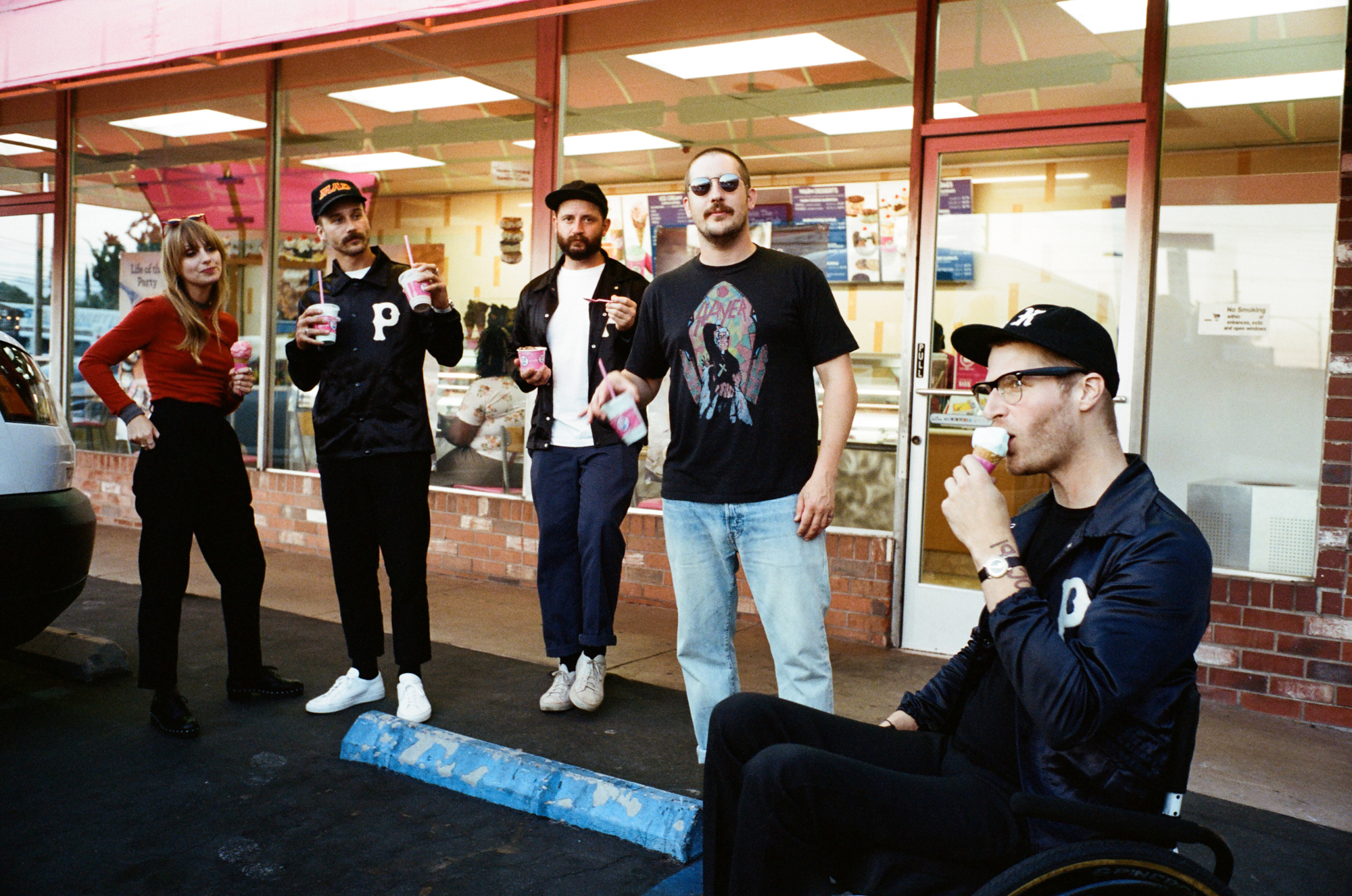 Portugal. The Man
6:30-7:30pm, Grant Park
The band’s name notwithstanding, on its latest and best album, “Woodstock,” it’s the female singer who takes the songs from good to great. Listen to Zoe Manville on “Feel It Still,” an ode to cycles of political engagement, with a decidedly maternal slant, and you’ll find yourself torn: Do I dance? Or do I take up arms? 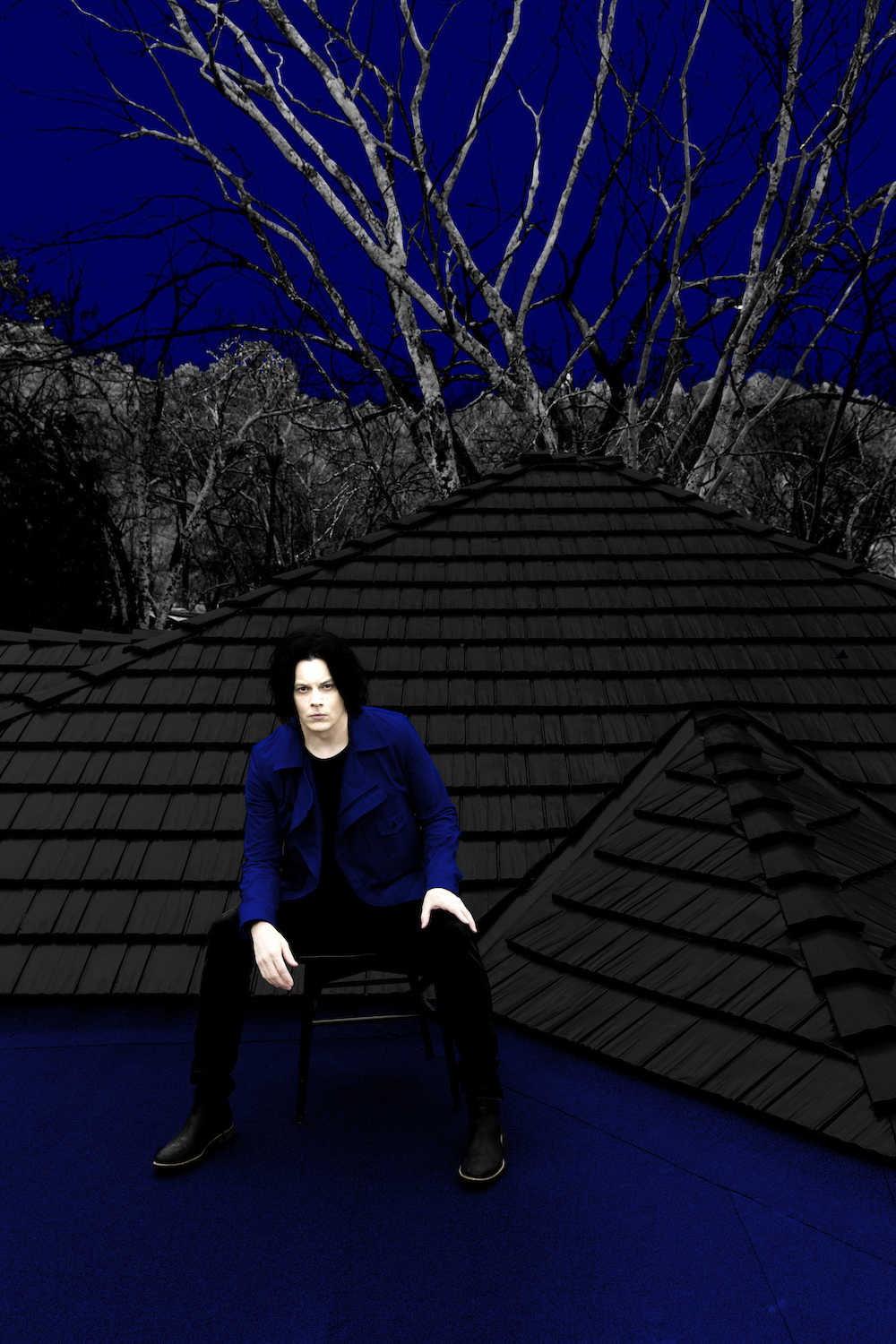 Jack White
8:30-10pm, Grant Park
The debate over White’s feminist cred is ongoing. His advocates cite his history of working with and advocating for female artists (Meg White, Alison Mosshart, Loretta Lynn), and his public statements about the power of female performances. His critics point to his lyrical representations of sometimes-dark, often-complicated male-female relations and see a man who doesn’t get it behind all that hair. My point of view? White is as hard on himself, and other men, as he is on the women who feature in his songs. What’s more, complexity is what separates art from cant. But what really sealed the deal for me is 2018’s “Connected By Love,” White’s searing, almost psychedelic call to compassion and redemption. When I first heard it, in January, it seemed so heartfelt and necessary and yes, female, that it brought me to tears. My vote for song of the festival.