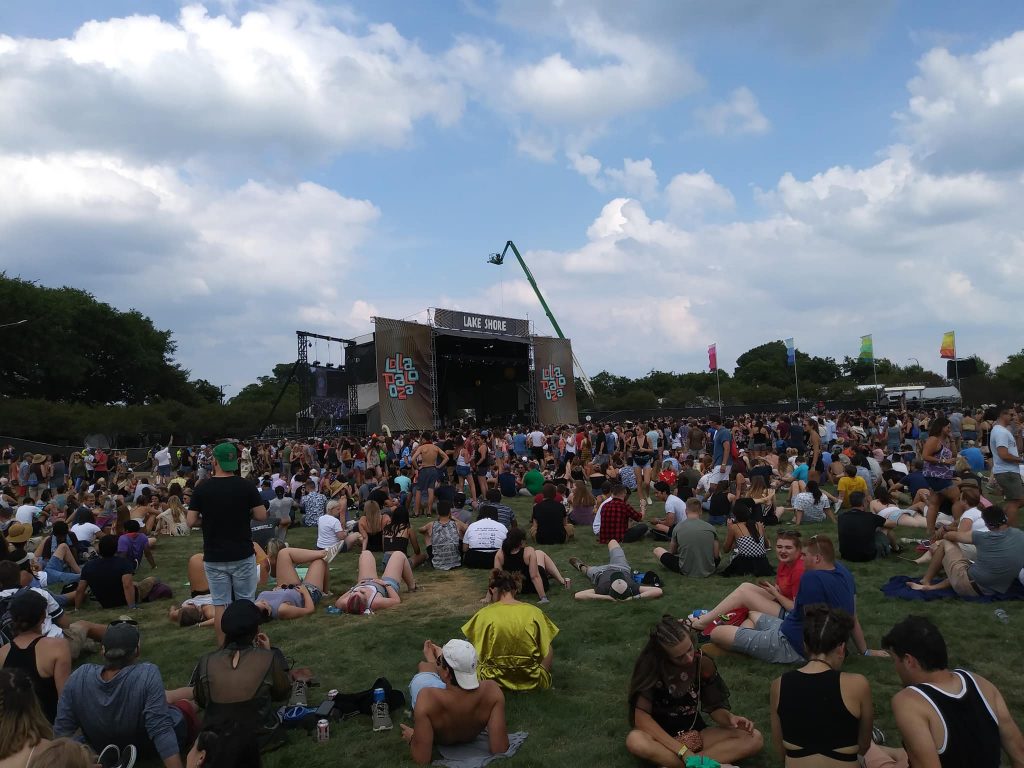 It was a hot one. But even with the temperatures north of one hundred, the crowds didn’t wilt on the third day of Lollapalooza. The extended four-day schedule promises to do so, as the fest dragged on for a follow-up to an eventful Sunday.

The hometown flavor that came with Taylor Bennett making his Lolla debut the day before, continued through with Femdot’s inspired and appropriate performance early in the day at the American Eagle stage. Playing songs from his recent release, “Delacreme 2,” the hometown kid made good with an authentic performance that put his top-level lyricism forward.

Milwaukee native and Social Experiment-collaborator Grace Weber made for an unfortunate exit from Femi, but provided a welcome experience of someone we’ll be hearing from much more in the near future. From there, Tank & The Bangas and Bomba Estereo gave the growing afternoon crowds plenty of energy and offered a perfect segue to the rest of the day, regardless of whether you ended up on the north or south side.

Over at the Bud Light stage, Arizona felt the vibes of the city fully, saying they would carry Chicago in their memories for weeks afterwards. Their performance reflected that, one of the highlights of the day, they made a mark that moved the day forward significantly when it was feeling stale.

LL Cool J followed them there. For the first few songs it seemed as though he struggled to find the voice that fans came to know, but by the time “Around The Way Girl” hit, he was back in his groove. While his call-and-responses may not have landed with the largely millennial crowd, he persevered despite melting body paint and an overheated audience, just beyond his reach.

An unexpected early ending from crowd-favorite Lil Pump packed the stage for Washington, D.C. native Goldlink who followed an inspired aftershow the night before with a lackluster, albeit energy-filled Lolla set.

After that, Logic, St. Vincent and Daniel Cesar caused plenty of blisters as fans were racing between the trio of top-level acts packed together amongst an otherwise sparse situation. Logic seemed to be enjoying the end of his tour. Sporting a shaved head, he was all over the place, calling out the fans for their participation which led to many leaving early to explore the inspired sounds of St. Vincent and the melodic tunes of Cesar.

As night set in, Zedd rocked the Perry’s stage, leaving the Grant Park soil rocking under fan’s feet, but the surprise of the night with big names like Vampire Weekend and The Weeknd headlining was the Grove performance from L.A. native blackbear on the American Eagle stage. With an inspired backdrop and impressive stage set up, he stole the show and commanded respect with every movement and word.

While a lot of folks doubted this year’s lineup, through and through it offered surprises despite a heat index above 105. With one more day, it’s anybody’s guess what happens from here.