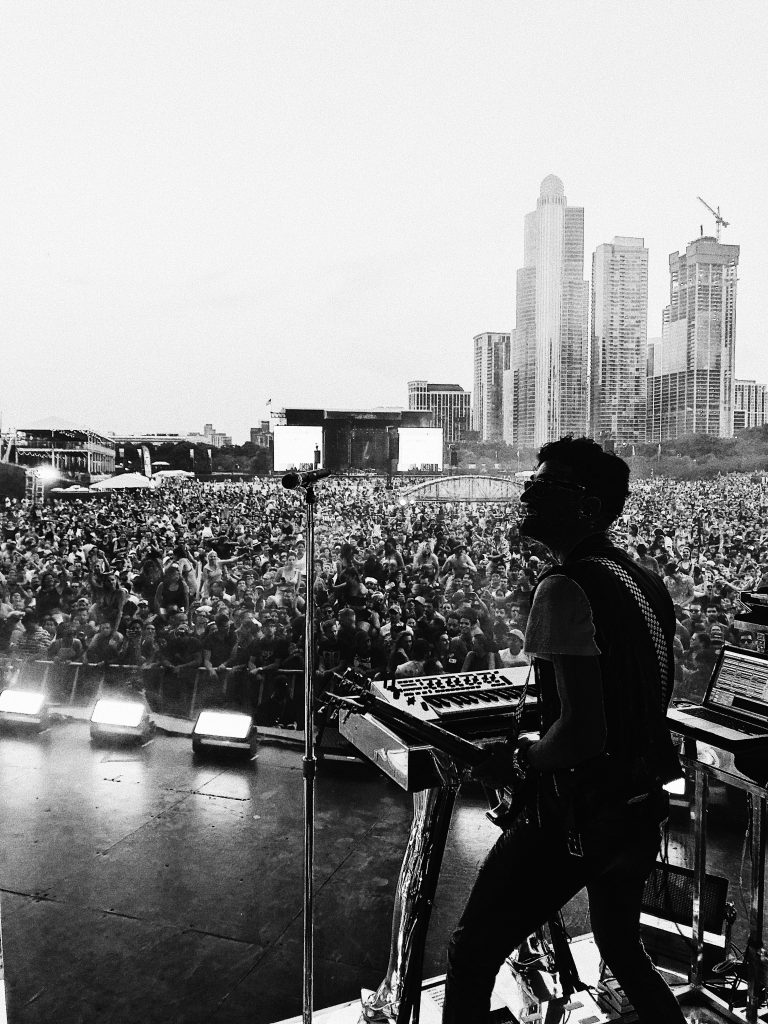 The fourth and final day of Lollapalooza always brings a bit of pain. With the sun rising high overhead and an absence of rain for the first time after several attempts, the crowds took their time getting to the grounds for Sunday acts. The long first three days saw seven arrests and over a hundred hospitalizations, with one death. Extending Lollapalooza from three to four days had a lot of effects on the fest itself, and stamina and quality might both be lacking in the third year of this format.

Back at Grant Park, Toronto native Jessie Reyez hit the American Eagle Stage at 2:50pm. Named Best New Canadian Artist of 2017 at the iHeartRadio Much Music Video Awards, Reyez impressed from start to finish. With infectious vocal range and an uncannily down-to-earth demeanor, she came off genuine and showed her talent, mixed in with serious messages. Before diving into “Gatekeepers,” which deals with misogyny in entertainment and beyond, she climbed the scaffolding on the north side of the stage and led the crowd in a passionate back-and-forth: “The MeToo Movement is not fucking news!” All in all, a serious highlight and a perfect setup for the rest of the day at that stage.

Hometown kid Knox Fortune made it back from his brother’s wedding in Milwaukee the night before to put on one of the more memorable, if overlooked sets of the weekend. Young Kevin Rhomurg was all over the stage, hardly taking a breath as he breezed through songs off his debut project, “Paradise.” Flanked by remnants of the old Kids These Days, Knox channeled that eclectic energy and gave it back to the crowd in droves. It was a family affair through-and-through, as Knox brought up friends, and charmingly lacked the nuanced stage presence of some of his peers. As Joey Purp exited stage left, he glanced over his shoulder, “Proud of you Knox!” The sentiment was felt through the set.

From there, it was a medley of top-tier hip-hop in front of some of the weekend’s biggest crowds, who came to catch Gucci Mane and Lil Uzi Vert back-to-back. If each had borrowed from the other’s stage strengths, it could have made for a single good show. Despite having a laundry list of hits to choose from, Gucci did little to light a spark in the crowd, save for performing his classics. For his part, Uzi Vert hardly used his own voice at all. Instead, he let his backing track do the heavy lifting as he shoulder-shook his way across stage. The end of his set even saw him cut short his biggest hit, “XO Tour Life,” after only a few seconds, prompting a mass exodus from his crowd as frustrated fans setup for the final acts of the night.

Unlike many of the other days this year, Sunday night’s lineup offered something for just about everyone. Back at the American Eagle Stage, Playboi Carti kept watch over one of the biggest frat parties Chicago’s seen. Running through his own growing list of hit singles, Carti did well to keep the crowd moving. However, the questionable decision to include rapid-fire gunshots as his segue between songs was short-sighted in the wake of the Las Vegas shootings and heightened  crowd security. Odesza offered a more laid-back feel with heavy instrumentation, Excision gave a final over-the-top turn up for the electronic crowd and Jack White picked songs from throughout his career as he did his thing in front of a small sample of his fan base.

The end of four days of Lollapalooza feels like the end of a marathon. With anxiety leading into this year following the Las Vegas shootings, the city of Chicago kept things safe downtown but dropped the ball elsewhere. True to form, the final day leaned on local flavor to set a foundation for the rest of the day. With another year in the books, the festival is hitting growing pains in terms of filling out the full lineup the right way and smoothing problems that have plagued it for years. Despite that, Lolla still stands as the pinnacle of contemporary music festivals, if only for its sheer size.