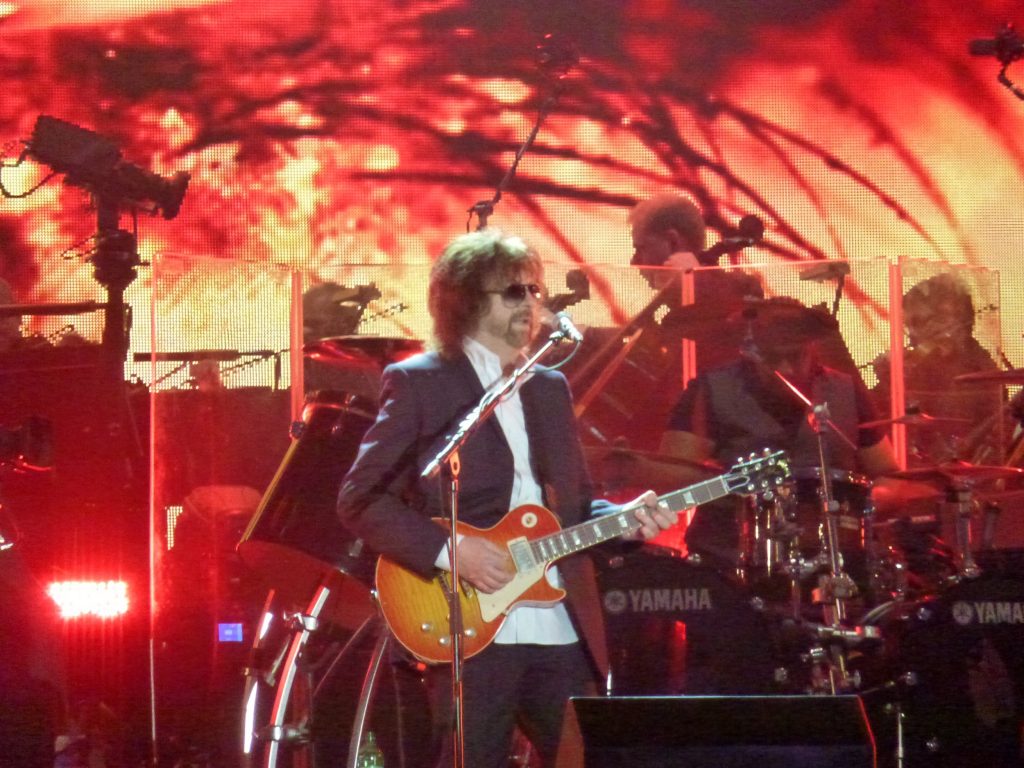 Fronted by guitarist-vocalists Roy Wood and Jeff Lynne, Electric Light Orchestra was created expressly as a vehicle for music that would pick up where the Beatles had left off on “Sgt. Pepper’s Lonely Hearts Club Band” and “Magical Mystery Tour.” In 1970, members of the Birmingham, England rock band The Move embarked on a side project. In those days, recreating complex, nuanced musical arrangements onstage was nearly impossible in a rock context. ELO sought to solve that problem by including a string section in the group alongside the standard rock-band lineup.

It was a revolutionary concept, and after releasing a moderately successful LP, founding member Wood departed, leaving Lynne in control of the group. (He started a more eclectic rethink of the ELO blueprint with his band Wizzard.) ELO labored for a few years, refining its approach and coming up with better, catchier songs, all from the pen of Jeff Lynne. Significant success came around 1974, beginning with enduring hit singles like “Can’t Get It Out of My Head” and others that skillfully combined an orchestral-rock aesthetic with a high-powered rocking approach.

A string of even more successful singles followed with 1975’s “Evil Woman,” then “Strange Magic” and “Livin’ Thing” (both 1976). ELO hit the mother lode with “Do Ya,” “Telephone Line” and “Turn to Stone,” all in 1977. Even as punk and new wave took hold, Lynne and his band scored hits and had massively successful live tours.

Things didn’t slow down for the group until the early 1980s, by which time Lynne had jettisoned the string section, truncated the band name to ELO and adopted a much less adventurous musical posture. When the band dissolved after releasing 1986’s “Balance of Power,” the last album from its original run, few noticed.

But Lynne stayed busy, first with a little-noticed solo album and then a string of extremely high-profile projects. He produced albums by George Harrison, Tom Petty and Roy Orbison, and formed a group, the Traveling Wilburys, adding Bob Dylan to the crew. Things came full circle for Lynne in the mid-nineties when he produced sessions by the surviving members of the Beatles, yielding the recordings “Free as a Bird” and “Real Love.”

Eventually, tastes came around once again, recognizing the appeal of those old ELO songs. Lynne enlisted the help of Harrison and Ringo Starr plus a smattering of session players and released “Zoom” in 2001. A U.S. tour was announced, but it was canceled in the wake of the national mourning after 9/11. (Poor album sales may have also been a factor.)

Lynne marked time for a few years and then returned with a new group called Jeff Lynne’s ELO, and a new album (2015’s “Alone in the Universe”) that effectively captured what made the old group special. Select major live dates followed, and then those long-delayed U.S. tour dates were put back on the calendar. Today’s ELO rights the misstep of the pared-down eighties lineup, and features a bigger string section that brings the classics to life.