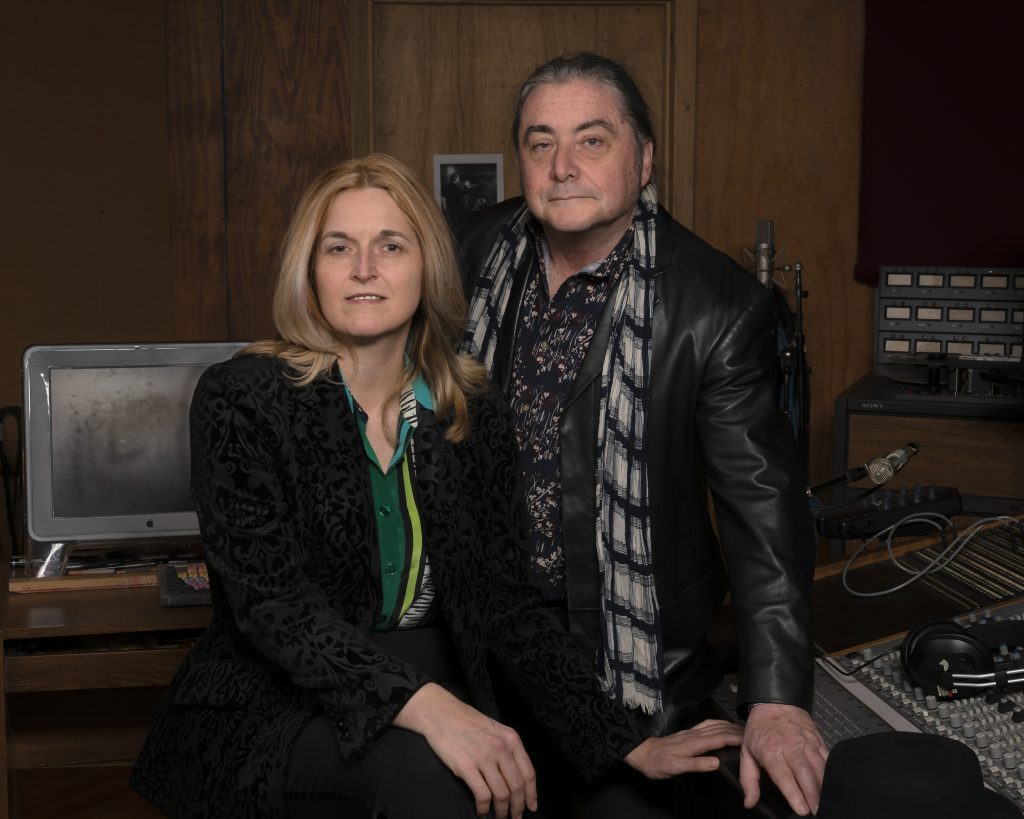 The very day I’m writing this is the last day that CDs will be on sale at Best Buy. The format has reached the end of its long arc, as its predecessors before it: the cassette, the 8-track tape, the vinyl LP and the 78 shellac platter—some of which are still around, but as lifestyle accessories rather than music-industry units. The latest audio technology, edging out digital downloads, is streaming, the rise of which to dominance presents a startling milestone: for the first time, recorded music is not a product, but a service. You don’t buy it; you subscribe to it.

Record labels are accustomed to confronting epochal upheavals. Faced with a Wild West landscape for two decades, they’ve continually adjusted the way they do business, gearing up for a gun battle every time a new challenger rides into town. The survivors have managed to hold onto a scrap of both market share and dignity, but they’ve also got the scars that go with it. What kind of people, though, would step into this fray? Meaning, who willingly and even eagerly comes from the safety of the sidelines to take over a record label at this moment?

Meet Julia A. Miller and Elbio Barilari, the intrepid partners who purchased Chicago’s Delmark Records in May from its iconic founder, Bob Koester, who retired at eighty-six (though he continues to run his West Side record store, Bob’s Blues & Jazz Mart). Established in 1953, Delmark is the country’s oldest label exclusively devoted to jazz and the blues, and as such most of us would probably agree it’s worth saving. Miller (president and CEO) and Barilari (vice-president and artistic director) are the ones who are making that happen.

Neither is primarily a businessperson—meaning that their chief goal in taking over Delmark isn’t related to a ledger sheet. They’re musicians, with long histories of composing, performing and teaching. Running Delmark is, for them, as much calling as profession. “We treasure Delmark’s history,” Miller says. “We understand what it means for Chicago and American music.” Both are also Delmark fans of long standing; for Miller, the label was invaluable when she was in music school, “attending concerts of Otis Rush and the AACM artists.” The Uruguayan-born Barilari, by comparison, found Delmark his point of entry to artists like Sun Ra and Junior Wells.

I asked them about the challenges they’re facing, financial and artistic. As to the former—how about that boom in digital streaming? Turns out Miller and Barilari, as consumers themselves (and longtime habitués of Koester’s store) have faith that jazz and blues lovers are sufficiently different in buying habits to support a label that produces physical records. And I can see their point; jazz music lovers have, in my experience, almost always also been jazz music collectors. There’s a kind of proprietary compulsion to own a copy of “A Love Supreme” that has no analogue for ABBA’s “Greatest Hits.” As CDs, like vinyl, become a niche market, it works to your advantage if your identity is that niche. At the same time, the new Delmark owners are committed to engaging reality by increasing Delmark’s digital distribution, including streaming and downloads.

On the artistic front, there’s the question of whether they see themselves as custodians of Koester’s vision or captains of their own. As might be expected, especially since Delmark has its own recording studi), the answer to that is: both. “We are bringing new life to [the] legacy and also expanding the catalogue with new artists.” The first two releases from Miller’s and Barilari’s Delmark—dropping the same month as their purchase of the label—point in both of those directions. “Tribute to Carey Bell,” a celebration of the blues harmonica virtuoso by his sons, Lurrie Bell & The Bell Dynasty, is an invigorating invocation of the label’s treasured past. The second release, Geof Bradfield’s “Yes, and… Music for Nine Improvisers,” is more forward-looking and, accordingly, more intriguing. It’s the debut album for the Chicago sax man and composer, and introduces his “multi-movement” genre, which interlaces tightly scored sequences for a full ensemble with sparer, improvised passages by smaller clutches of players, to create an always surprising call-and-response. The players (who in addition to Bradfield include Anna Webber and Greg Ward on woodwinds, Russ Johnson and Marquis Hill on trumpets, Joel Adams on trombone, Scott Hesse on guitar, Clark Sommers on bass and Dana Hall on drums and percussion) are never less than engaged, and more often than not, downright exuberant. 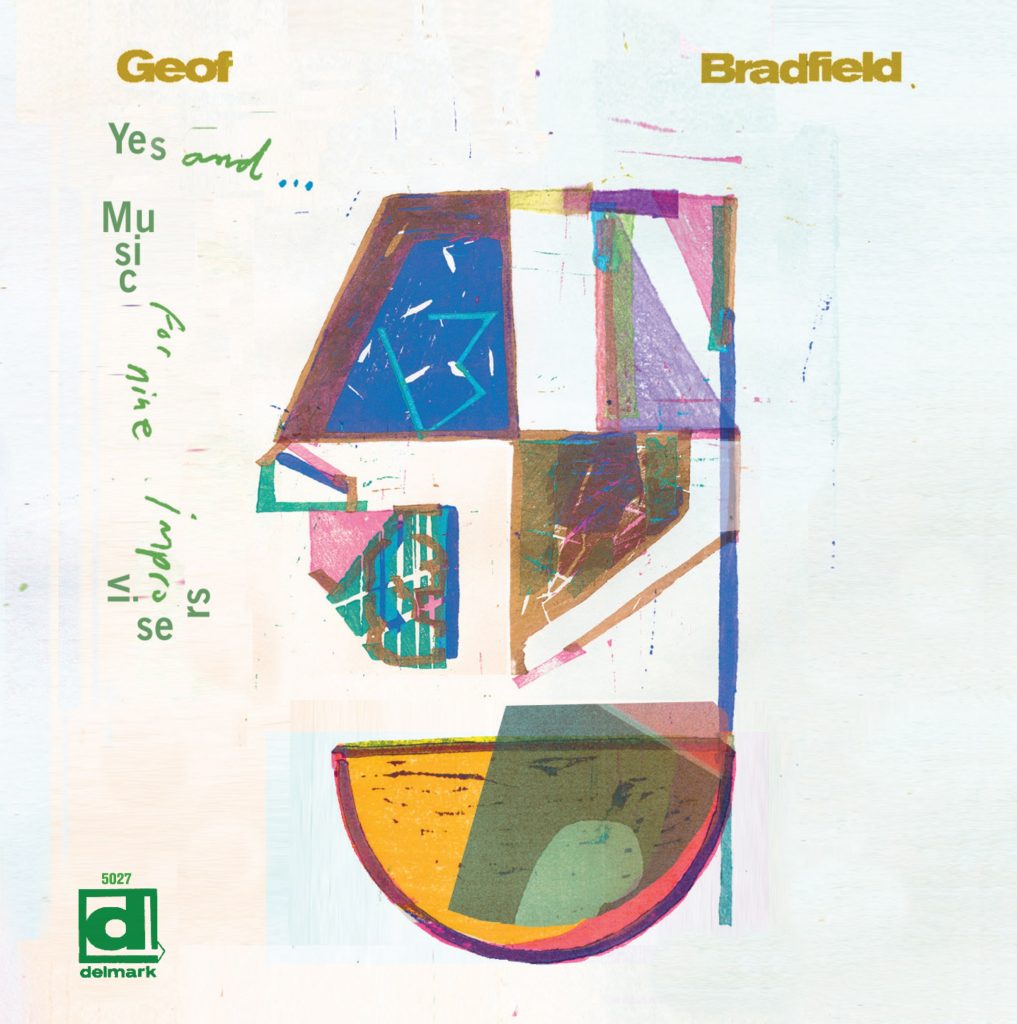 The album’s first cut, “Prelude,” opens with an undulating swing in 6/4 that provides the springboard for a cartwheeling, hopscotching sax solo. It’s an utterly joyous, four-and-a-half minute romp that serves as a perfect amuse-bouche for what’s to follow. The second track, “In Flux,” hits with a full-band fanfare, which launches guitarist Hesse into a dizzying, summery sprint, while drummer Hall clatters after him like a relentless paparazzo. A minute-and-a-half in, the band flares back up, this time more contemplatively; and accordingly Hesse’s succeeding solo, while equally nimble, is more contained, like the simmering percolations of a lab experiment. This dynamic continues throughout the track: a declarative theme; an extended, improvised coda.

“Chorale” begins with a fanfare as well, but a more somber one—almost funerary. No swing here, but the voices of the horns twine in an accelerating requiem that becomes an ecstatic whorl before wilting back into the original theme. “Impossible Charms,” by comparison, hits you with a cheerful wave from the sax, then a jaunty round of handshakes from the rest of the band. The playing brims with friendliness and fellowship; one solo is interrupted by a kind of bright, staccato “Yo dat” from the rest of the band. The whole track breathes an ambling, wherever-the-day-takes-us-is-just-great positivity.

“Anamneses,” the longest track, is the most ruminative, but it builds, with uncanny deliberation, into stately majesty. It’s bracketed by two briefer cuts, “Ostinato,” a fluttery piece in which the players scramble around like they’re trying to collect the beads from a broken necklace; and “Chaconne,” a windswept woodwind lament.

“Forro Hermeto” closes the album on another upbeat note, but this one all crisp and businesslike—there’s a job to be done, and goddammit, these nine players are gonna do it, with all the skill, self-assurance and élan at their command—which is a considerable amount. I especially love the little spiraling measures at the beginning, like firecrackers set off to celebrate both the start of the tune and the end of the disk.

“Yes, and… Music for Nine Improvisers” was in the works before Miller and Barilari bought Delmark, but in its ambition and its breadth, in the self-assured way it embraces both fully-charted sequences and pure improvisation, it’s an ideal first release for the new owners. Like them, it’s both forward-looking and dedicated to time-honored traditions. Which is exactly what will be required to navigate the challenges ahead. I look forward to seeing how it goes… but even more so, to hearing how it goes.