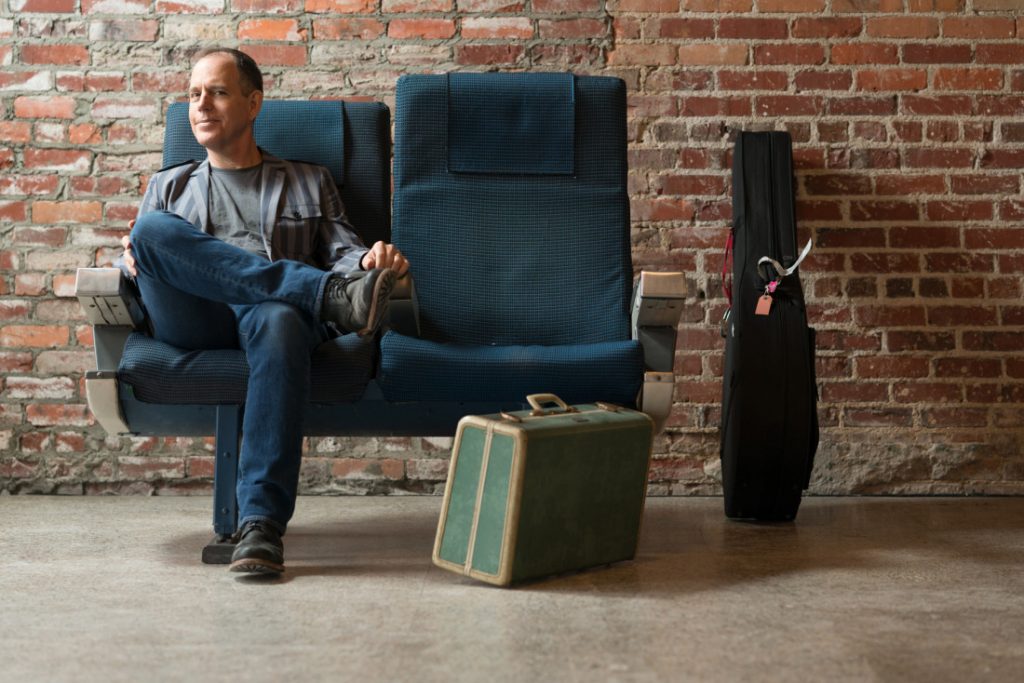 Ohio-born folk singer, guitarist and songwriter David Wilcox launched his music career in the intimate coffeehouses of Black Mountain and Asheville, North Carolina in the 1980s. After releasing the well-regarded but little-noticed “Song of the Wood,” Wilcox was signed by A&M; he would go on to release four albums for the label.

Wilcox cultivated and built his fan base, largely by word-of-mouth and on the strength of his engaging live performances. By the start of the new century, his time with the major labels was over; subsequent albums—eleven since 2002’s “Live Songs and Stories”—have been released on former EMI A&R executive Rob Gordon’s What Are Records? label. His warm and personal storytelling style insures that most of his albums easily make the folk radio charts. And while Wilcox’s studio albums are always finely crafted collections, the popularity of his live shows is borne out by the fact of his release of several live recordings.

Wilcox’s latest album, “The View from the Edge,” was released in June, his first album in four years. Like much of his catalog, the album’s thirteen songs again reflect the laid-back vibe of Western North Carolina. Wilcox says that living in the mountains influences the kind of songs he writes. “Because there’s no music industry here,” he says, “you’re there to play for the people, not the industry.”

Next May will mark the tenth anniversary of his annual Wilcox Weekend, a four-day gathering of musicians and music lovers, centered around mindfulness workshops, the development of new friendships and plenty of music from Wilcox and other guest artists. He playfully describes the event held in the woods of North Carolina’s mountains as a “spontaneous bliss portal.”

In line with such sentiments, there’s an unassuming philosophical bent to the songs on “The View from the Edge.” A representative track is “Everything I Know, I Think,” a wry tune in which Wilcox lays bare what he sees as his own shortcomings. His lyrics put across the ideas in a way that resonates with listeners who—if they’re open to it—can see themselves in the words of his songs. Wilcox’s personal style easily opens to the universal. And the crystalline, shimmering production style balances studio polish with the immediacy of a right-in-your-living-room performance.