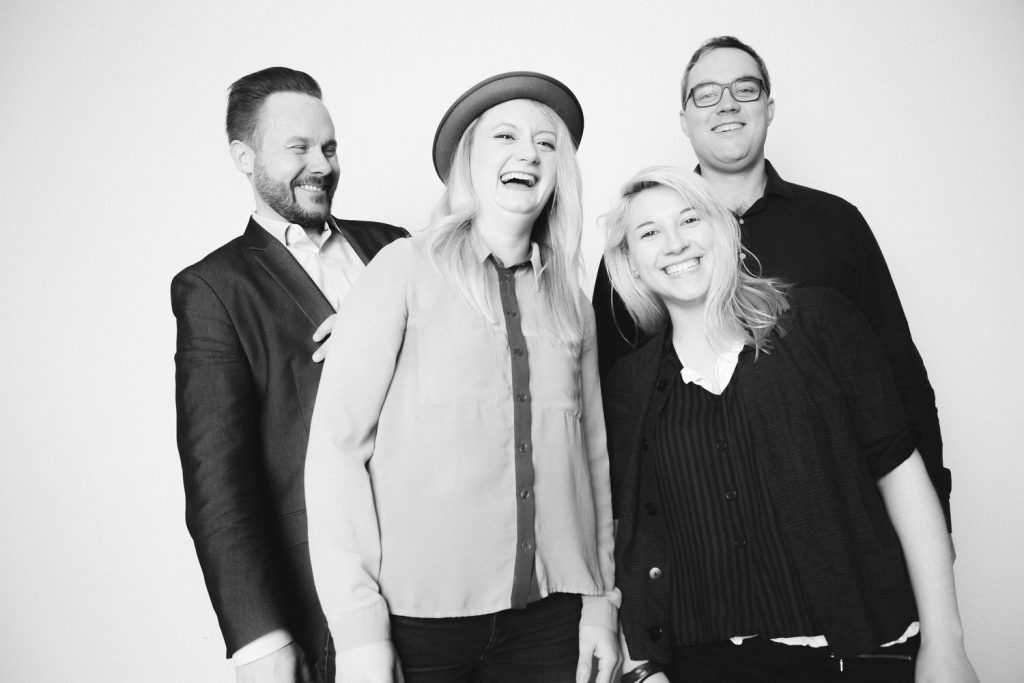 I don’t know about you, but I feel like I’ve spent a good chunk of the last two years in a fetal position, like seriously curled up in a ball on top of the bed with all of my clothes on, lights off,  fingers in my ears rocking side-to-side, slowly muttering “make it stop, make it stop” in a singsong voice until I fall into a sleep so permeated with bad dreams that I wake up in a sweat, shaking and crying and start the whole thing over again.

In fairness, I did watch the second season of “Stranger Things” somewhere in there, so it hasn’t all been bleak. Oh, how I pine for the Reagan years! Maybe you’re like me and you’ve been spending entirely too much time disengaged from the world, or even actively blocking it out. The Spektral Quartet thinks it’s time to reengage. I take their upcoming concert season, called “The World Around Us,” as a call to action, a ringing alarm to rouse us from collective torpor.

“From the verdant Chicago lakeshore to dreams of sun-bleached islands of the Mediterranean to the people and culture that engage us each and every day,” their website puts it, “we celebrate the spectrum of color, experience and interaction that constantly shift and reassemble to shape our existence. These are not your ordinary string quartet concerts. This is THE WORLD AROUND US.”

More on that, but let me say first that to name your concert season is bizarre. I mean, the normal name for a classical music concert season is something unostentatious like “2018-2019 Season.” Something solid and respectable like that. So right off the bat, we know we’re dealing with a different kind of group, like potentially unstable and weird.

Since its inception, the Spektral Quartet has consistently pulled off the impossible, combining the intense rehearsal schedule, meticulous attention to detail and plain-and-simple top-level music making you’d expect of a Grammy-nominated string quartet, with an offbeat programming philosophy and performance vibe that can only be defined as fun.

And they have a knack for finding gems that were hiding in plain sight. For me this was especially evident in the focus of their last season: the four string quartets of Arnold Schoenberg. When I heard that they were going to spend a season delving into these works, God help me, but my first response was: why?

These quartets occupy a strange niche in the classical repertoire: too out there for a buttoned-down quartet, but too passé for firebrand ensembles looking to prove their mettle on the weirdest, hardest music they can find. And, well, it just felt like we already knew so much about Schoenberg, at least those of us who make it our business to know a lot about arcane modernist music. What else was there to say about well-known music by one of the most written-about composers of the twentieth century?

Plenty, as it turns out. Spending that quality time with Schoenberg was absolutely the right thing to do and the right time in which to do it. The quartet spent who knows how many hundreds of hours rehearsing the pieces, and they brought out every subtle nuance and detail. Not only that, they got us having conversations about tonality and complexity in music again and, perhaps most importantly, they demonstrated once and for all that these four quartets are absolute masterpieces in the repertoire that deserve to transcend the musically political climate in which they were made and be heard on their own terms: as music.

So it’s one thing to get us to set aside our musical prejudices and reevaluate the work of a pioneering titan on its own terms; but what about our actual prejudices? They can’t seriously be asking us to engage with the actual world as it is right now, at this moment… can they? I mean, in case you haven’t heard, the world is a frickin’ disaster. It’s one goddamn thing after another.

Luckily they’re talking about the world both physical and metaphysical, not any given political landscape, and I’m seriously considering pulling myself out of bed to check it out. A concert on October 5 called “Earthbound, Looking Skyward” in the Rockefeller Chapel in Hyde Park is especially intriguing.

“It’s a program that lives at the edges of the thunderous and the hushed,” founding violist Doyle Armbrust says, “and if we’re doing our job well, will span the distance of the earth to the sky through the voices of two exceptional living composers—hailing from two separate generations.

“Tonia Ko’s ‘Plain, Air’ was written for us for this season,” Armbrust says, “and is inspired by the lakeshore ecology along Lake Michigan, and the audience will be surrounded by custom speakers that aid us in conjuring the sounds of this local, natural environment.

“Gloria Coates’ ‘String Quartet No. 7’ is inspired by angels—more of the terrifying and awe-inspiring variety rather than those of the religious-bookstore type—and the audience is going to be in for one mammoth listening experience as the piece pairs us with the largest organ in Chicago, with the organist at times asked to pummel her forearm onto the keys at key moments of the piece.”

After reading about Spektral’s upcoming season I realized that I’ve been entirely too focused lately on humanity, and especially the wanton cruelty part of humanity—the “Oh Humanity!” part. But it’s time to remember what Hamlet said: that there are “more things in heaven and earth, Horatio, than is dreamt of in your philosophy.” Although my name isn’t and has never been Horatio, he’s talking directly to me. I’ll see you at Rockefeller Chapel.