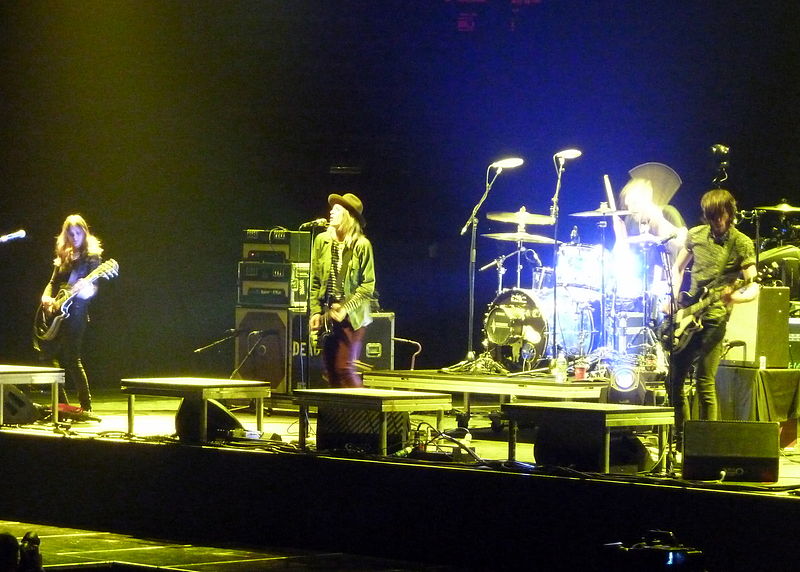 Everyone from critics to rock stars loudly proclaims rock is dead. But if you’ve listened to the raucous sound of Dead Sara, you’d know it’s alive and well. Founded in 2002, the band featured Emily Armstrong (vocals and guitar), Siouxsie Medley (lead guitar), Sean Friday (drums) and Chris Null (bass), who left in 2014. The L.A. group quickly turned heads with its abrasive sound and furious drive, which can be heard on its 2012 self-titled debut, with its hard-driving songs like “Weatherman” and “Lemon Scent.” Its second album, “Pleasure To Meet You,” came two years later and gathered high praise from critics and fans alike helping them reach a wider fan base. Yet they remained under the radar of most rock listeners.

After re-forming as a three-piece ensemble and signing with Atlantic Records earlier this year, Dead Sara is ready to break into the mainstream. The band’s new EP, “Temporary Things Take Up Space,” not only marks its next phase, it also introduces a new direction. The release finds the members experimenting with their sound, adding in elements of dance, pop and electronica for more upbeat songs like “Anybody” and “Times to Remember.” This doesn’t mean the material is any less ferocious and energetic than their harder stuff. And their intense, gritty rock roots are firmly intact on songs like “Unamerican” and “Heaven’s Got a Back Door.”

Dead Sara is one of the best rock bands you’re not listening to. Its raging music is infectious, filled with searing guitar riffs and tongue-in-cheek lyrics. Armstrong is an unforgettable frontwoman, whose gritty vocals have earned praise from Grace Slick and Courtney Love. (Even Dave Grohl is a fan.) Dead Sara is a sheer force of energy whose raw sound and unapologetic nature pulls you in right from the first listen. Its willingness to push boundaries, go out of its comfort zone and stay true to itself prove that Dead Sara is helping keep rock music alive.