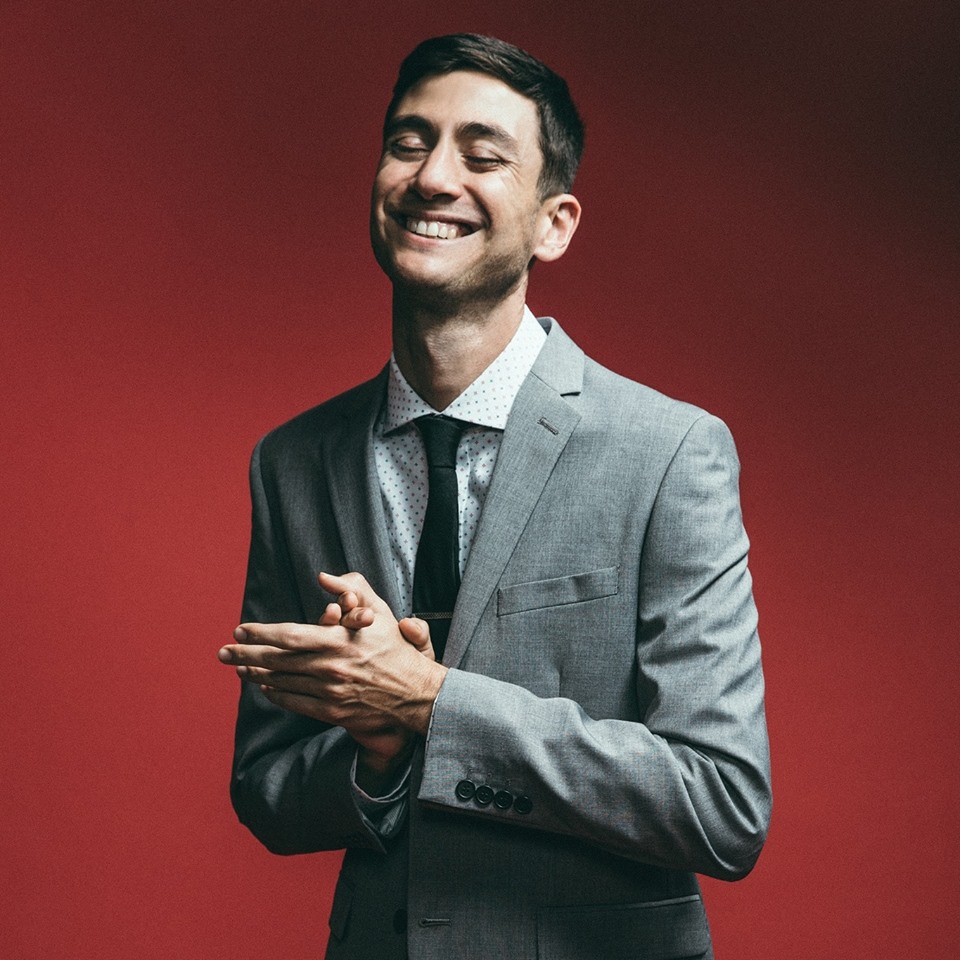 In our present fallen world, you may not have heard Joey Dosik’s name, but you’ll recognize his voice. Not his particular instrument, per se, but the rich, caramelly, velvet-smooth cadences that set off little pings of recognition in your head. It’s like Pop Rocks on your tongue—recalling the golden age of soul crooners like Luther Vandross and Gladys Knight, and even eighties inheritors like Boy George and Lisa Stanfield. The fact that you may not have heard of him isn’t his fault. He is, in fact, as a performer, very nearly faultless. It’s just that classic-era R&B, which is the soil Dosik tills, isn’t one of the go-to genres for corporate entertainment conglomerates currently. But it’s goddamn fertile soil, and what Dosik cultivates in it is rich and intoxicating. If his relative anonymity (which he’s steadily whittling away; he’s young yet, and tireless, and tours globally) means that instead of seeing him at United Center from nosebleed seats over speakers bigger than your car, you can get a ringside seat for the full sonic massage at the cozy confines of Sleeping Village, well, all righty, then.

Dosik, a native-born Angeleno, is in town to promote his first full-length album, “Inside Voice”—which is also the title of the opening track and first single. When he croons “all the things unspoken,” he casually turns that final three-syllable word into a seven-syllable rollercoaster dip-crest-and-dive, and you realize you’d better strap in, you’re in for serious vocal virtuosity. Dosik is at his most intimate, the band gliding breathily under him. It isn’t until almost a full minute has passed that a bass guitar comes in and pulls you down into a powerfully liquid groove, and by then you’re seduced, and guess what, the tune’s got two-and-a-half minutes to run. Which running time includes a rack of softly murmuring backup singers, a string section that breaks its flowing line to hop-skip over a particular riff. It’s an irresistible pop confection, with a killer hook: “There are things I can only tell you quietly / That’s why I wanna get inside / And use my inside voice.”

The album follows with a dizzying tour across a landscape of soul-infused styles, from the high-church harmonizing of “Stories” (a Bill Withers cover) and the tender-yet-sinewy ballad, “Take Mine,” to the churning pop rhythm of “Don’t Want It to Be Over,” whose infectious arrangement might have been lifted from a circa 1973 Tamla 45. There’s real sophistication here: “Pass the Point” is staccato on the title phrase, legato on the return—and uses a few key changes to subtly alter the complexion of the song, from minor to major key, helplessness to hopelessness. Dosik’s not just a singer, see; he’s a canny songwriter and musician. Full-spectrum stuff. You may see him at United Center yet. But see him here first.